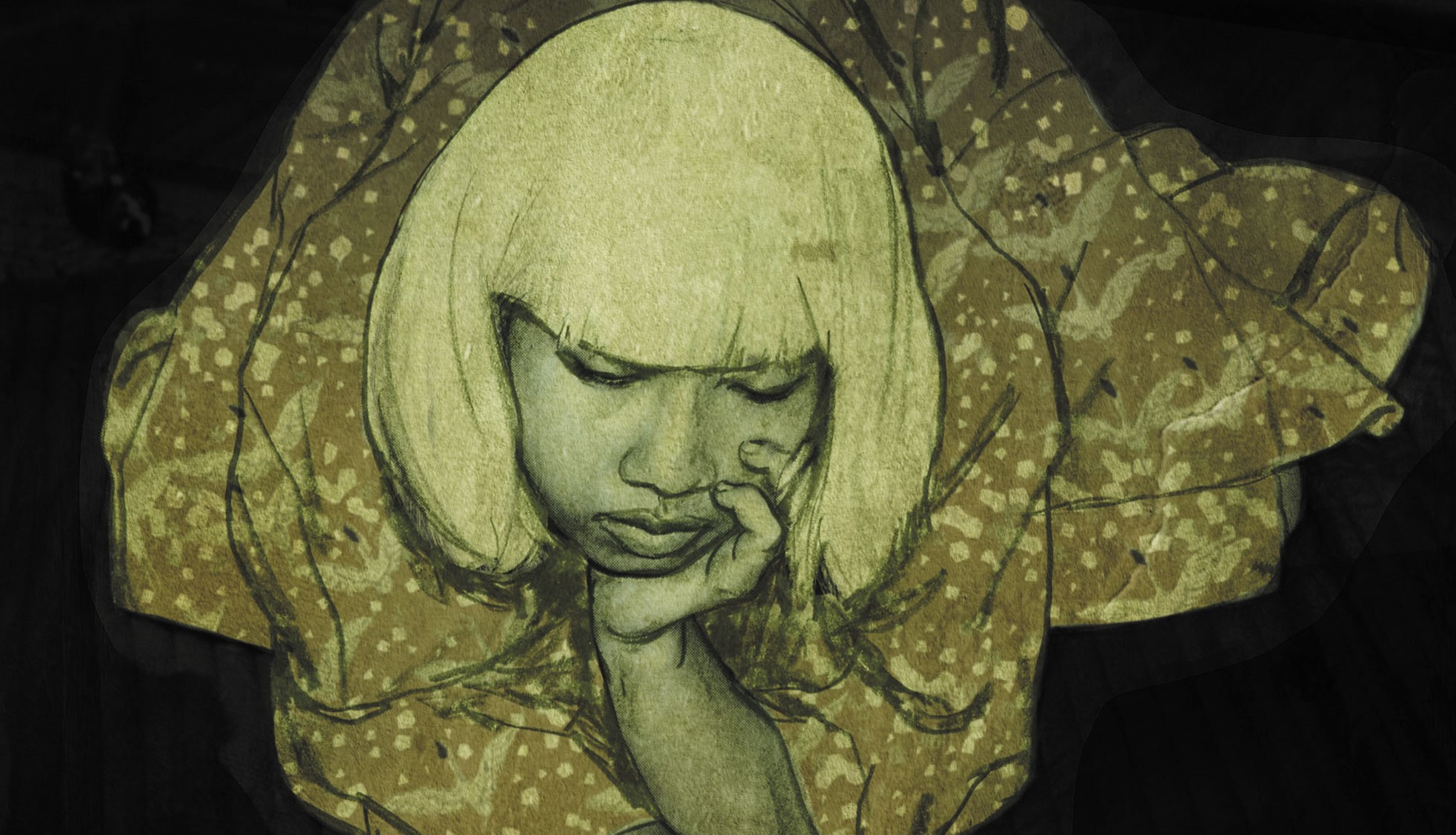 The Pearl series has been some of the best comics coming out right now, and Pearl #10 proves exactly why. It’s fun, humorous, tense, and deliciously satisfying when the story goes in a way you don’t expect. Apparently, others have seen exactly what I have been saying about this series as Bendis and Gaydos have now sold the movie rights. With this run ending in two issues and plans for a movie in development, Pearl #10 has a lot going for it and it certainly delivers.

Three weeks have passed since Pearl #9 and life has entered a routine for Pearl and Rick. Pearl #10 brilliantly opens with two silent pages and a third with only text in Japanese. This is to show just how mundane and boring Pearl’s life has become.

She has gotten used to being on the run from Yakuza or more recently being told she is the daughter of someone very powerful in that organization. This isn’t something normal people have to deal with, so her working a day job seems dull in comparison. The text in Japanese on the third page is used to demonstrate that Pearl doesn’t belong. While she is of Japanese descent, she comes from the United States and identifies as an American. Not only has her life become boring and mundane but now she is isolated from everyone around her.

The page comes alive once she is back at her apartment with her boyfriend Rick. She seems happier, the colours are brighter, but there is still something amiss. And that’s when Bendis really hits us with just how dull their life has become. They sit together over dinner discussing work. There is nothing more normal than that. The next page sees them sit in silence before the veneer breaks. They can’t take it anymore. They need the excitement, the energy, the fun back in their lives. And in classic Bendis style, this is where he pulls the curtain back to reveal how they got into this predicament and how they are going to resolve it.

The Splash Page That Says A Thousand Words

Michael Gaydos’ art is a marvel to behold, everyone who has been reading my reviews knows I love his art. But I want to draw your attention to one very specific page of Pearl #10 to demonstrate just how masterful he is with his art and how it aids the storytelling. In the flashback that shows the rest of the confrontation between Pearl and Mr. Miike, Pearl kills him. He is basically groveling at her feet and she wants none of it.

Notice that the sound effects at the top of the page are positioned to be behind Pearl. Each one contains a face of someone that supports Pearl and believes in her. This symbolizes that they have her back and always will. The sound effects at the bottom of the page are positioned in front of her. They contain the face of Mr. Miike and a few times he has done horrible things to her. The gunshot goes directly into a sound effect featuring the face of Mr. Miike.

The blood splatter gets all over her clothes and her face. She stands there unflinching, uncaring, having killed a man responsible for screwing her life up numerous times. She has killed the very person that has been standing in her way.

Pearl #10 is phenomenal but that is to be expected from this series. With only two more issues to go and some very interesting developments in this issue, I can’t wait for the future of this series. And the good news is that in a few years we will have a movie to look forward to as well.