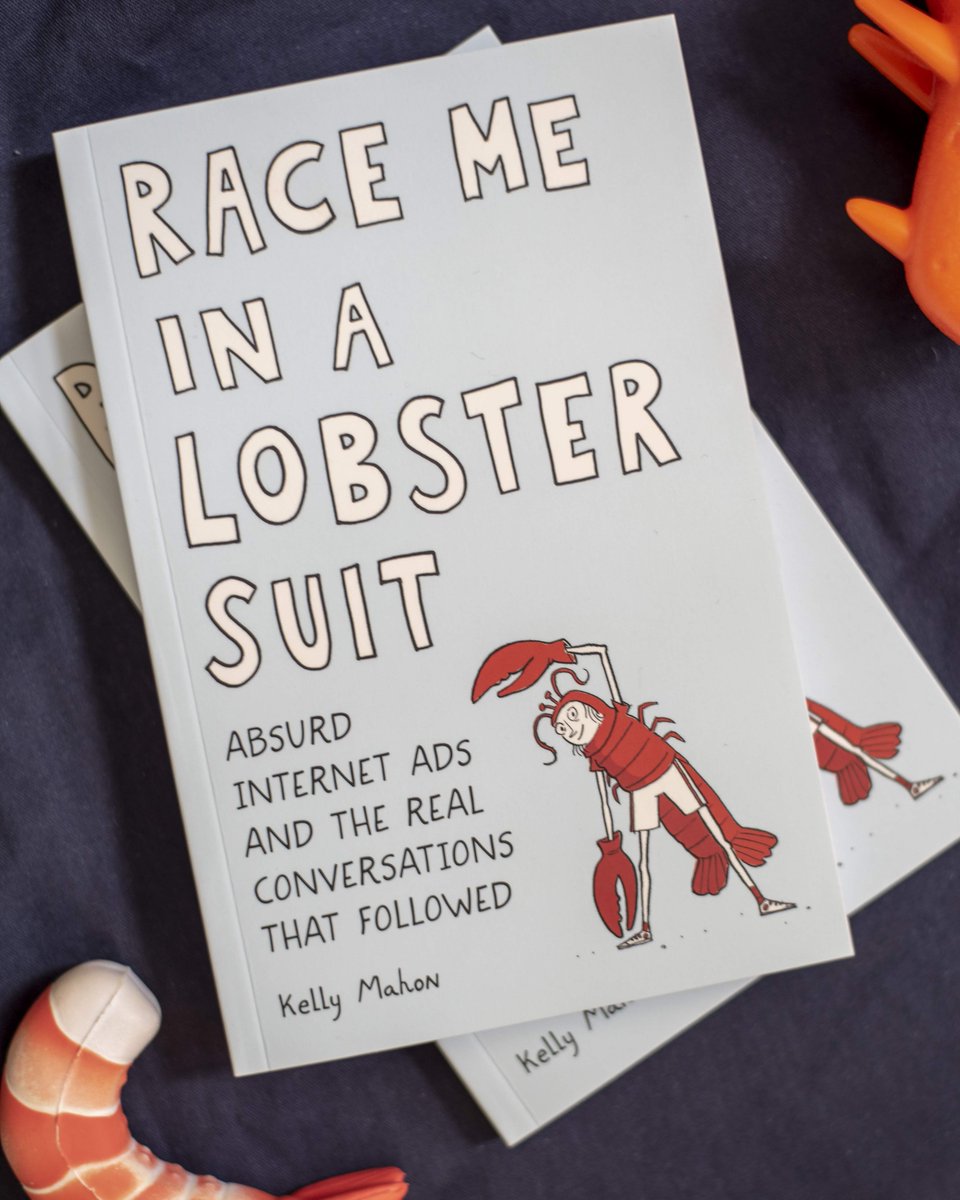 Race Me In A Lobster Suit By Kelly Mahon Is Hilarious!

Sometimes when I am reading throughout the year, I like to switch it up. I don’t want my usual romance, fiction, poetry, and similar stories such as that to read. At times, you do want comedy and something entertaining in-between the prose long-form books. Today’s book is just that. It’s entertaining, hilarious, and honestly quite a blast to read. Race Me In A Lobster Suit by Kelly Mahon is about absurd internet ads and the real conversations that followed. New York City’s Kelly Mahon, unfulfilled with her day job, decided to post the most outlandish and hilarious help-wanted ads she could muster up.

Despite the strange asks, people responded with interest and soon thereafter, the story begins. Race Me In A Lobster Suit, out March 26th, 2019 under Quirk Books, is a series of improvised conversations with potential lobster racers, human piñatas, and ticklers? Meanwhile, as you read along, some grew suspicious of the trick, but others were more than willing to play along. Not only does this piece have hilarious conversations, but it also has fantastic black-and-white illustrations by Graham Annable.

Race Me In A Lobster Suit = Hilarious!

This book is an incredibly entertaining read. The internet is a weird and amusing place; it makes sense that Mahon was able to get the responses she did. What I love about Race Me In A Lobster Suit is that it stays consistent. The aesthetic of the book doesn’t change. That is important to note because of the style of the book we have. It was nice to know that it was going to stay consistent and all you had to do was read it. A little over two hundred pages, the reading is quick – you are simply reading conversations while hilarity ensues. Honestly, if you want to read Race Me In A Lobster Suit you can find it at Quirk Books.

However, if you want a hilariously great read in 2019, this is the book for you. It not only has comedy, but it’s nicely written, illustrated, and a lot of detail was put into the small aspects of Race Me In A Lobster Suit. Without giving too much away, we want you to experience Race Me In A Lobster Suit. Most of the conversations throughout this book are too great to spoil. We don’t want to mention anything or talk about what happens. We truly want you to experience what this book brings to the table for literature.

If you subscribe to the Quirk newsletter, you will get a PDF of conversations that didn’t make it to the book if you are so inclined.