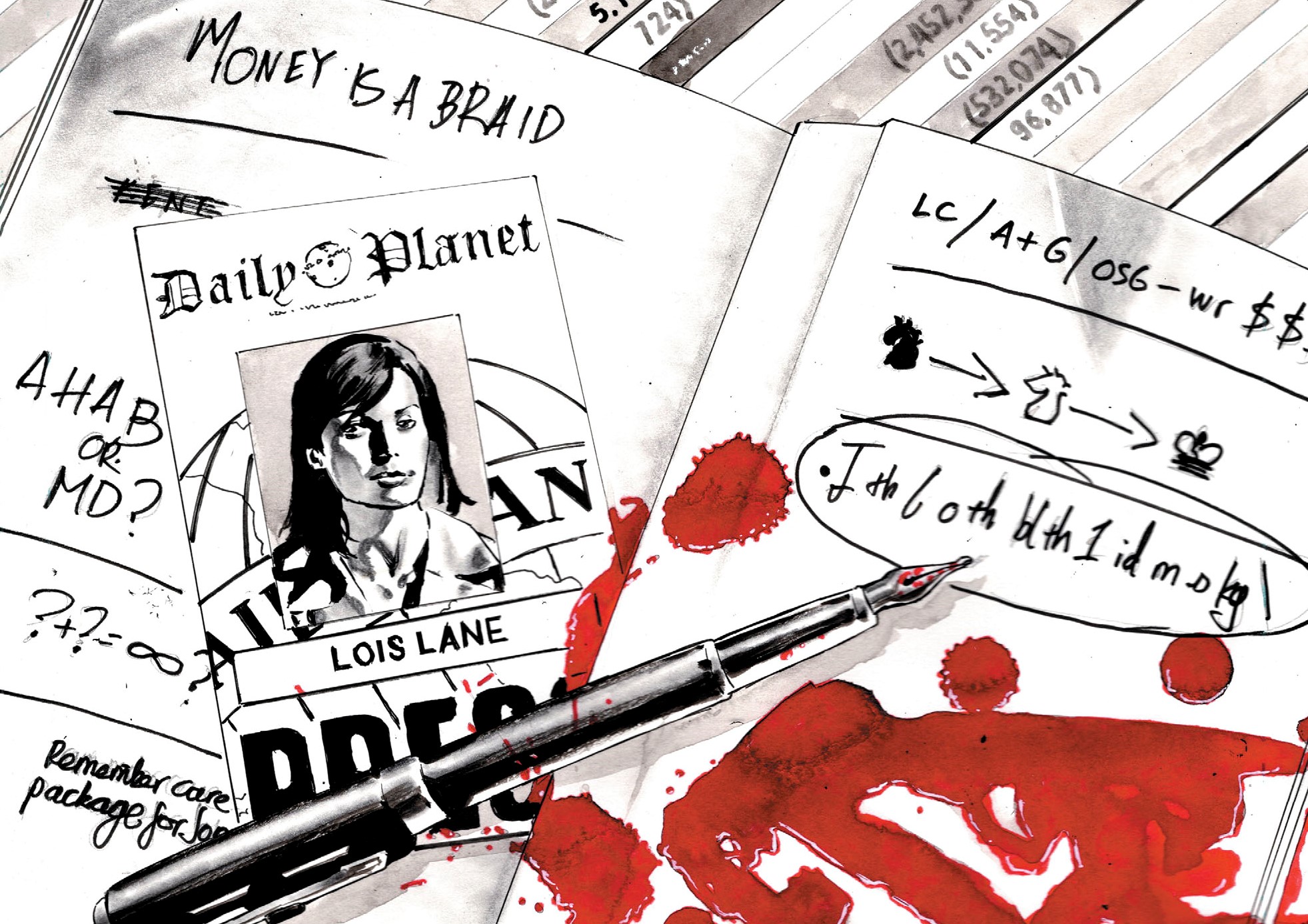 Question Your Methods In Lois Lane #7

Lois Lane #7 returns from the aftermath of Leviathan back to the main plot of the series. The one-shot nature of Lois Lane #6 was an interesting idea. However, I think it may have lessened the pacing of this particular story, we shall see. But the plot moves along with some interesting twists, a check-in with an old Checkmate member, and a fantastic scene with Renee and Superman. As per usual, this creative team knows how to deliver a good issue every month.

Renee has been hanging around Lois for most of this series being her eyes and ears where she cannot be. As The Question, she can go places that a journalist cannot and get information that would normally be inaccessible. Well, that comes to ahead in Lois Lane #7 as we see the problems with this as well. Lois talked about in the very first issue about her hating having to turn to this sort of tactic. Journalism has rules, something I talked about as being super important to Lois back in Lois Lane #5. Now, those rules are being broken for the greater good and that causes problems for Lois.

Renee was a cop in Gotham City. She is used to getting information from people who have been scared to death by the caped crusader. Bending the rules, a little to get justice is just part of the job of a Gotham City detective even if they don’t like it. Later, Renee was trained by Vic Sage who used The Question to bring some semblance of truth and justice to a city corrupt to its very core. In a lawless city, there are no rules, something Vic knows too well and trained Renee to think in the same manner.

But in Lois’ world, that kind of behaviour doesn’t fly. Renee hung a guy off the side of the building to scare him into giving a confession on putting a hit out on Lois. It was a real confession but was one forced out of him by intimidation. This evidence, no matter how valid, can no longer be used. Renee has entered a world where every action has bigger consequences and rules sometimes have to be obeyed to the letter.

Superman and The Question

There are two moments in Lois Lane #7 that I want to point out as being amazing. The first is the meeting of Superman and Renee as The Question. Superman is an ideal, a symbol of what we could and should be. To be in his presence has to be intimidating. And we see that Renee is awestruck because who wouldn’t. These human moments are where Rucka strives and it was fun to see them play out. Plus, you have the awkward moment where Renee doesn’t know he is Clark and so she thinks the rumours of Lois cheating are true. Good writing that adds both humour and drama.

There has been tons of talk on the issue of Superman and relatability. I personally believe Superman is incredibly relatable and that is demonstrated in one moment in Lois Lane #7. After meeting The Question, he proceeds to make a pun involving the word “question” to Lois. I mean, who wouldn’t? Maybe it’s because I do that all the time and both Questions are my favourite characters in fiction. Perhaps I’m biased but the banter on that page between Clark and Lois is not only relatable but also endearingly sweet.

Lois Lane #7 ends on a bang, brings back some characters Rucka is known for and has some great small human moments that empower the rest of the story. It’s nice to be back in the major events despite how good Lois Lane #6 is. And who doesn’t love Renee casually flirting with a maid that turns out to be a supervillain?