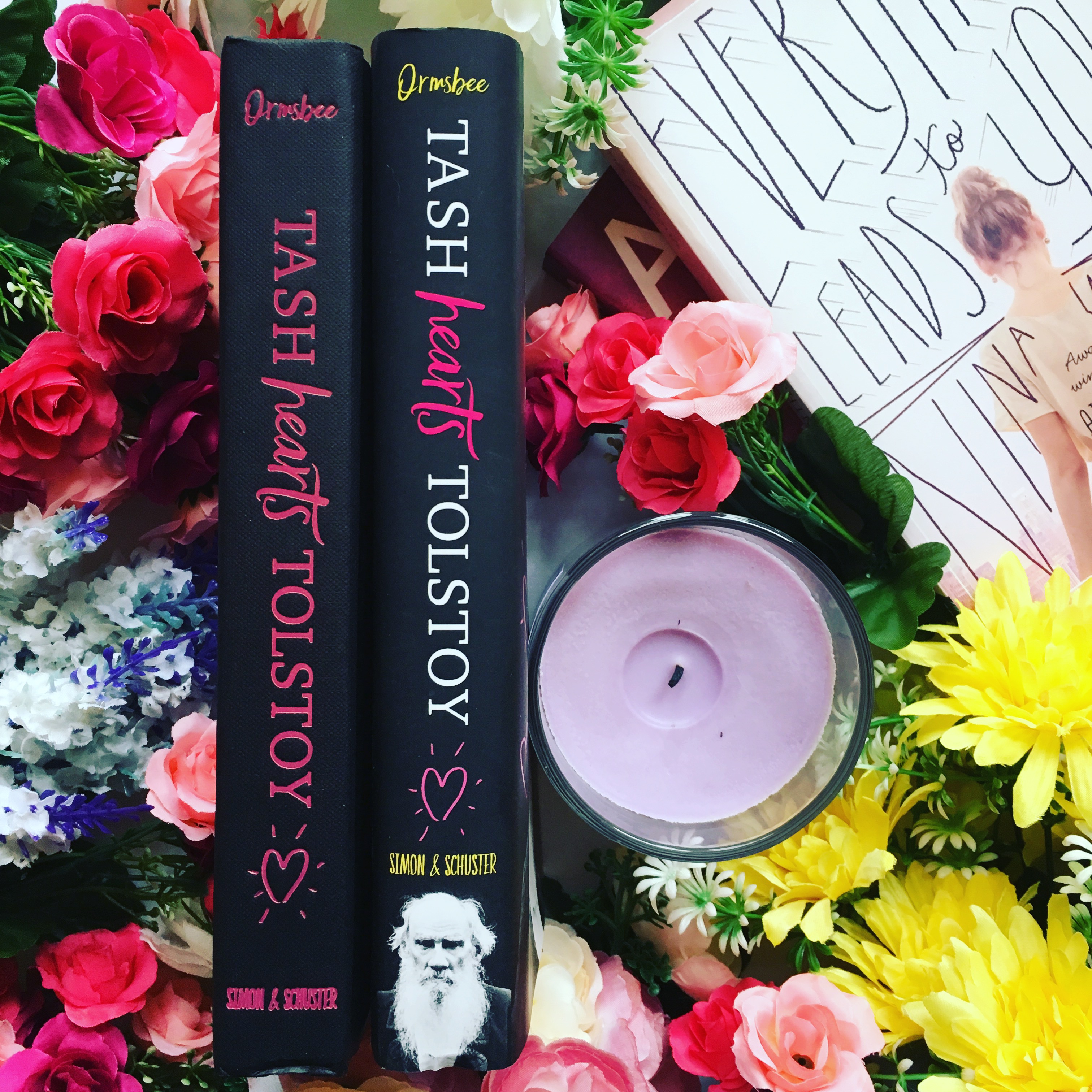 Growing up, I watched tons of movies and shows. I must have watched my Pokemon VHS tapes over and over again. Disney and Harry Potter were loved a little too much. I will always think Avatar: the Last Airbender and Teen Titans are two of the best TV shows ever. Period. However, a genre I found myself coming back to time and time again was literary-inspired web series. These spaces were inclusive and kind, and it felt good to immerse myself in their universes. Without them, I might not have found myself realizing that I was queer as soon as I did. I’ll always enjoy these web series, which might be why I found myself drawn to Tash Hearts Tolstoy by Kathryn Ormsbee.

In the book, Tash and her two best friends, Jack and Paul, create their own series based on Anna Karenina. When it suddenly goes viral, Tash has to wrestle with its impact on her life and those she loves most. Even though I’m not the biggest fan of Tolstoy, the book left me a fan of it and the author. By the time you finish, I’m sure you’ll feel the same as well.

“I, Tash Zelenka, am in love with Count Lev Nikolayevich Tolstoy. That is his official name, but since he and I are so close, I get to call him Leo.”

Serving as the book’s opening, this is the first thing that the main character, Tash, wants you to know. By the end of those two sentences, I wanted to protect Tash forever. Tash has a huge, creative heart that leaps off the page. I enjoyed growing to learn more about her and her world, including everyone around her. However, one of the best aspects of the book is that every character is flawed, even Tash. She’s stubborn and slightly impulsive and obsessed with Leo Tolstoy, which can sometimes overshadow the narrative.

Her family is preparing to have another child when their youngest daughter is about to leave for college. Her main love interest, Thom, has become a secondary antagonist by the time the book ends with his aphobic views. Clearly, no one is perfect, or even close. The characters feel messy and real, people you could know and see and befriend yourself. This humanism impacts the story greatly, making every character leap off the page.

Nothing Wrong With Being Асексуал

The book’s biggest strength comes from its depiction of asexuality. In the book, Tash is out, but worries about the impact it has on her romantic life. However, she very clearly knows she is asexual and accepts no rudeness or intolerance about it.

“W-what does my age have to do with it? I know what I want and what I don’t want,” Tash says arguing with Thom. “I’m not scared, I just don’t want it.”

Often, asexuality is discussed as if it is wrong or not discussed at all. I don’t think about my asexuality often. In terms of my queerness, it just is for me. There’s nothing to discuss, other than that I identify on the ace spectrum and see it as more fluid than my other queer identities. However, this book has made me consider that maybe there is something wrong with that. Why am I so comfortable with it, when so many others aren’t? How have I gotten here?

How do I feel about my asexuality in terms of any romantic entanglements I may find myself in the future? All of these are important questions that I don’t have the answers to either. The book has given me new thoughts on something I thought I already knew everything about, a huge plus to me.

My biggest issue in the book was its depiction of criticism and reviews. Towards the middle and end of the book, Tash receives negative press for her show. She begins to obsess about it, only stopping if the critiques get punched down. At one point, Tash even gets a request for a Q&A that becomes a negative review fuelled by her quotes. The problem is that most critiques and reviews are valid even if they aren’t positive. They come from a place of deep care for the community around them.

Media is important, and a reviewer serves an important role in this field. In the past few months, there has been an increased number of attacks on any reviews that are not glowing praise. That’s wrong. Being able to freely review work is important to the free press and a stable, democratic society. It feels in the book that after a certain point the reader doesn’t see any positive reviews about the show. Emphasis given to both positive and negative reviews equally would have been better, even if people remember negativity more.

In addition, what the blogger does in the book is unethical. I believe you should publish what is critical and right, but be upfront about its format and what it’s about. I would get fired immediately if I tried something like the blogger did. However, there is no moment when this action is called out. Instead, all of the other relationships in the book that have been damaged have improved. This is fine, but a moment where the reviewer is called out would have been impactful. It would have shown that ethics always has to be followed and that what this reviewer did was not okay.

Tash Hearts Tolstoy made me think about my asexuality in ways I’ve never thought of before. Even more than that, it discusses issues I struggle with even now. How can you always be a good friend? How do I responsibly create a narrative? Will I ever be enough for anyone? The book made me think about issues I don’t think about nearly enough, while also highly enjoying the ride.