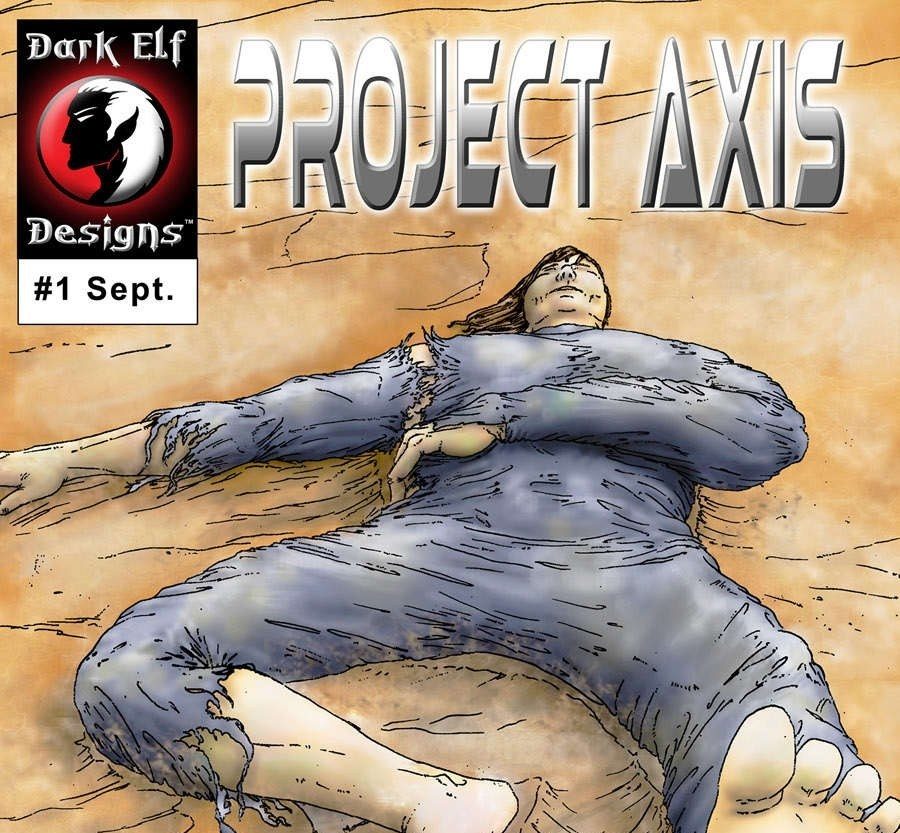 Project Axis #1 Is An Earnest Indie

It’s always great to see new, up-and-coming comic creators contributing to the comic industry.  The more labor and love is put into the industry, the better it becomes overall.  And that is what Project Axis # 1 feels like: a labor of love. There are definite areas in need of improvement, but the thing that makes it stand out is the spirit behind it.

The creators, Nick Gibson, Jason Johnson, Kendra Hale, Dexter Lopez, and Francisco Zamora, had a story to tell, and they have begun to tell it.  Project Axis is a budding narrative with few obstacles, but overall, it contains a lot of . Today we will break it down.

Project Axis #1 is a sci-fi/action-independent comic telling the story of Jyle, a man on the run with no recall of his past.  As sinister forces close in, Jyle will need to rely on the aid of kind strangers and his kick-butt skills if he hopes to survive. The world of Project Axis definitely feels deep and expansive, though a bit overly shrouded in mystery.

The story has an unequivocally wide scope – multiple locations and scenery — which keeps the story engaging. In addition, Gibson seems to have a lot of components at play in the background, and these elements promise to bring breakneck excitement once in the forefront. creation and very physiology are interesting mysteries, though readers may end Project Axis #1 wishing for more to chew on.

Moreover, characters sometimes have non-apparent motivations that are never explained.  For example, when Jyle is desperate for aid, we see a compassionate couple of strangers help out, but we are not given a reason for their generosity. The obstacle becomes even more apparent when they help Jyle at the risk of their own family’s safety. Good people are everywhere, but what makes these people so good? Answers to questions like these would propel Project Axis #1 much greater narrative heights.

Johnson, Hale, and Lopez give a gruff, rough realism to the look of Project Axis #1. Notably, they craft the panel layout excellently.  The eye glides effortlessly through the story. Also, credit to Gibson, Johnson, Hale, and Lopez for experimenting with panel rotation. Similar to camera angles in movies, certain tense scenes are rotated to give the reader a visual sense of unease.

The final splash page is a strong visual finish to the book. However, the overall art of Project Axis #1 is admittedly wanting in some areas. For example, levels of detail on characters shift between panels. Also, objects and characters’ positions are inconsistent between adjacent panels. Whenever natural light illuminates a scene, it usually (incorrectly) behaves like artificial light. Cleaning up obstacles like this will tighten up the already unique atmosphere of the book.

Truly golden character moments are littered throughout Project Axis. There is an old couple who have an absolutely authentic feel to their relationship. Their back-and-forth is believable and heart-warming to watch. A few other individuals, however, talk out of character on a few occasions. Even Jyle is a victim to this at one point when he seems coarser than the story previously established.  Although, on the whole, the writing and dialogue of Project Axis are solid, it serves a specific story.

Project Axis – Pick Up Or Put Down?

With the type of story the creators are going for and the level of the craft, Project Axis seems better suited for free-to-read Webcomics rather than priced digital comics. That way, further installments have no fiscal barrier, enticing readers to return, preserving Project Axis’s story. This may not be financially possible for the creators now, but it would be a welcome change to the comic’s future format.

Project Axis #1 is a testament to the unquenchable desire of human beings to tell stories.  It’s in our nature. That nature can come in many forms. Occasionally, that nature finds its form in comics, as it does here. The refining of this nature — honing one’s skills — is what separates the mundane stories from the marvelous. Project Axis #1 is not yet marvelous, but it could get there.