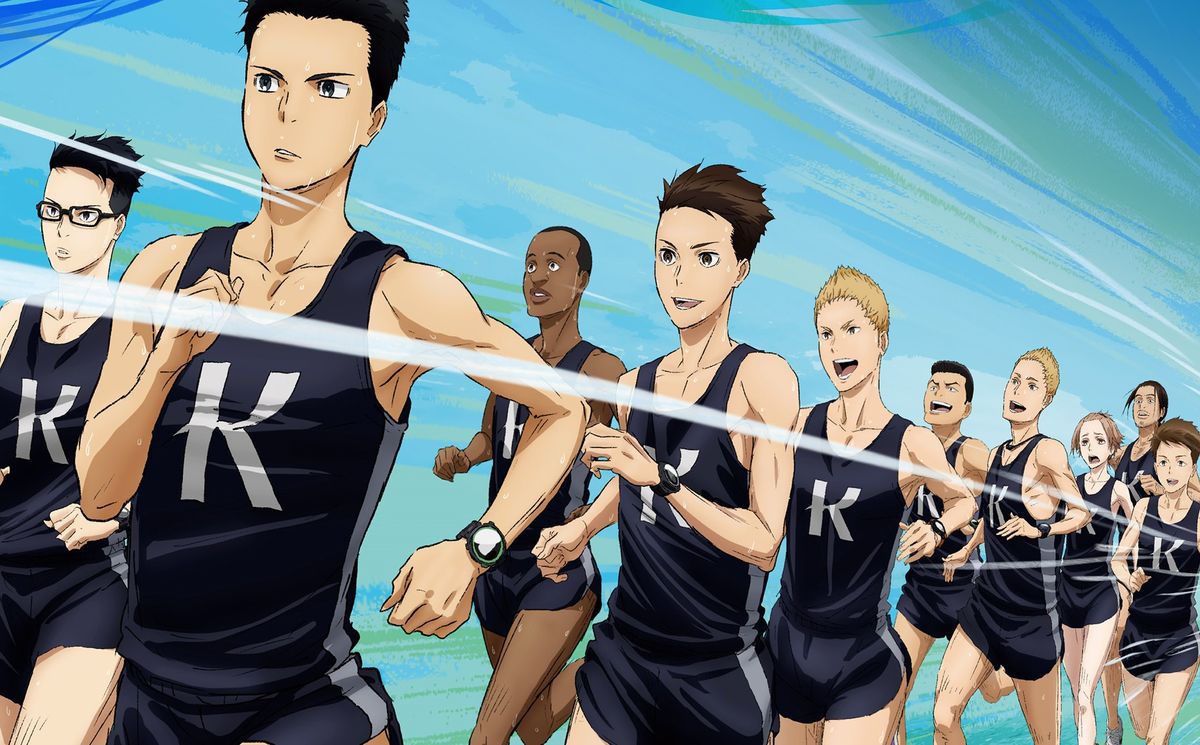 Overcoming Challenges In Run With The Wind

We all have dreams and aspirations. Some of us dream of being a rockstar, others of owning a coffeehouse (a personal dream of mine). Whatever our dreams and goals, it is the drive to accomplish what we set out to do that changes us. Initiatives and tenacity are essential to overcoming the struggles to come. In Run With The Wind, a group of misfit college-runners do just that. Cheering on a group of track and field runners was not something I was expecting to do, but here we are. We all want to accomplish something important, something beyond our current capacity. What makes this anime and story so relatable is the display of this struggle. I believe that the journey is often more important than the destination. How we get to the end changes what the end means.

Since we have reached the conclusion of Run With The Wind, I want to share why it is so special. If you have not watched it yet, do not worry. So as to avoid major spoilers, I am only talking briefly about setup and characters you may be interested in.

Run With The Wind Is…

An adaptation of a 2006 novel by Miura Shion (her last name is first) and animated by Production I.G. studios. In 23 episodes, Run With The Wind has more time to explore individual characters and their situations. Each member has a deep story that is worth telling, and this is the big sell for me. Track and field is not truly the core, but the platform for watching the characters overcome their unique issues. The marathon is the end-goal, but what these characters build is the capacity to improve themselves, and not become trapped.

Run With The Wind Overview

Haiji has a dream to run the Hakone Ekiden, which is a relay marathon occurring at the beginning of each year. To accomplish this, he needs to have a team of 10 runners who can handle the 218km (135 mile) race. However, the university he attends, Kansei University, has no track and field team. So, if he is to achieve his dream, he needs to find the runners for himself. How he achieves this is nothing short of amazing (and hilarious).

But the heart of the show goes beyond Haiji. The collection of personal stories and relatable obstacles on display are brilliant. How about being told you are not good enough for something you love doing? Or the constant struggle of balancing work and play? Perhaps the isolation of talent? These stories and more are explored through these characters. Despite the heaviness, the show has a positive mentality and a message: even during dark times, stay strong.

Run With The Wind‘s Cast Of Misfits

The decision to have such a unique running team is astounding; it ranges from an ex-elite runner to a manga enthusiast. Every character shines in their own unique way, and I enjoyed them all. It is rare to have such a strong cast, but Run With The Wind surpasses expectations. Below are three of the cast who show how diverse these weirdos are.

Haiji is wise beyond his years. He suffers from an injury, but where other athletes would give up, he perseveres. His goal: run in the Hakone Ekiden before he is illegible to compete. Having been a track and field athlete in high school, he knows what to do. Haiji is my favorite character because he represents the sheer drive and determination one needs in order to achieve something. Haiji understands the sacrifice necessary and he does not let any obstacles interfere with his goals.

Knowing this brings clarity to why Haiji is such a competent master-manipulator. He knows how to persuade people to join him and knows just what to say and when to say it. His personality is that of a strategist, and he fills the role of the coach and leader almost too well. Without Haiji, there is no story.

However, what sets Haiji apart from other leader-like characters is his maturity and kindness. He does not talk down to his peers and he believes in their abilities. Some may see his manipulativeness as a problem, but he is not malicious in his intent. Haiji is a team player and he takes time to know his team and their needs. Not just because he needs them, but because he wants to know them. He wants them to succeed. If we all had a coach like Haiji, I have no doubt we could achieve our dreams.

Musa might be the best representation of a foreign exchange student in anime. He is a government-sponsored science and engineering student living in Haiji’s dorm. Musa, from Tanzania, is adept at Japanese and even has similar mannerisms as his peers. He even works at the local market. His personality is amazing too; he is a total gossip and loves being a part of the group. He is a kind and gentle person who enjoys life as much as he can.

Musa might also be one of the few African characters in anime, though do not quote me on that. Where some anime uncomfortably relies on caricatures/stereotypes, Musa is nothing of the sort. He is not a joke character. He shows Japanese assimilation but he keeps his Tanzanian heritage. In a medium which tends to focus on European-styled design for its international characters, Musa is a breath of fresh air.

Without a doubt, Prince is the odd-man out in a group of odd-men. He is not athletic, uninterested in running, and barely capable of physical exertion. Prince is a reader with large stacks of manga precariously forming his room into a labyrinth. He spends his days debating story interpretation with his manga club and reading in his dorm room. How he ends up joining Haiji’s team is one of the highlights of the first season.

You would be forgiven for quoting Prince’s lines. Where Haiji gives important life lessons, Prince gives anime-style speeches. Throughout the beginning arc, Prince talks to Nira the dog about freedom. Underneath it all, he also wants to challenge himself. Just like his favorite manga characters, he will overcome tough foes. His biggest challenge, in the beginning, involves a butterfly, that’s all I will say.

Run With The Wind‘s Production

An anime is nothing without amazing animation, music, and character designs. Full disclosure, I am not an expert but I can tell what I like. Production I.G. is known for its quality animation, and I find Run With The Wind to be no exception.

The music in Run With The Wind is phenomenal. The already slick production is given a pleasant sheen through its electronic pop-inspired soundtrack. I had to look it up and save it on YouTube because I enjoyed it so much. What makes the soundtrack so great is the composition’s ability to fully encompass both the bright atmosphere and the build-up. It may not be for everyone, but if you appreciate how a soundtrack and enhance the viewing experience, this one is for you.

The animation quality is great as well. I really enjoyed the bright scenery, which gave the anime a really positive atmosphere. Despite some hiccups and reused animation, the care is put into the running scenes and the general feel of the show is made up for it. I also never felt taken out of the moment because of weird cuts or breaks.

Where the animation shines the most is in the running scenes. This anime has a deep appreciation and respect for the runner’s body. The pulsing muscles as they react to the hard ground and the wind-swept hair of sweaty, over-exerted runners are on display here. There is also a deep reverence towards the meditative quality of running through some exquisite animations representing this trait. I decided to keep those pictures out because I think you need to experience them yourselves.

Motivation & Run With The Wind

Run With The Wind had a similar effect on me as A Place Further Than The Universe because it made me want to achieve something new. This has been a great season of anime for stories of personal growth, and Run With The Wind may be the most inspiring of the lot for its real-world feel. For anyone who needs a touch of inspiration to boost your drive in accomplishing your goals, watch this series, and remember:

What matters most is your willingness and drive to accomplish what you set your mind to.