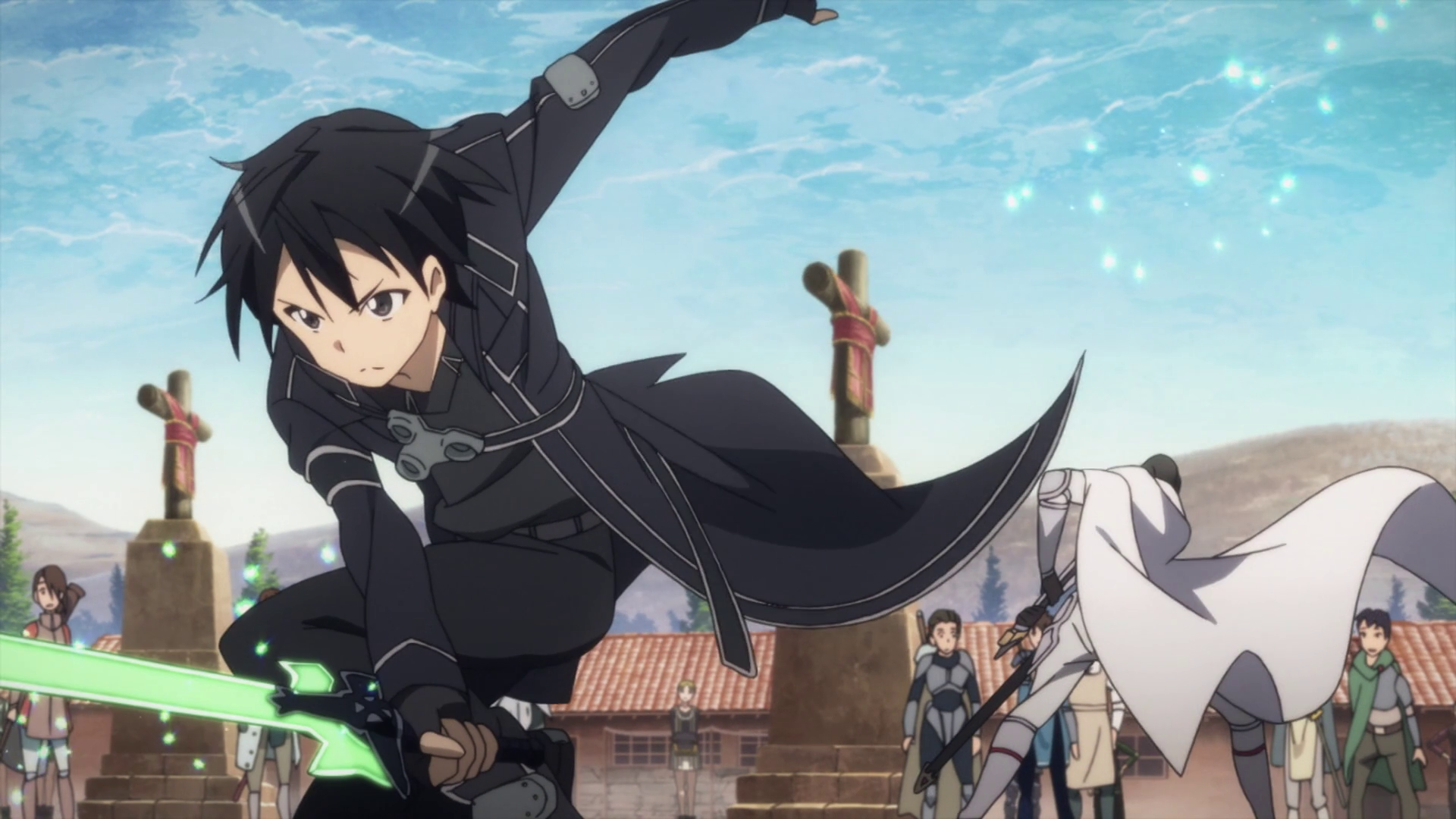 It’s hard to pinpoint the exact moment I fell for anime. Thankfully, it’s always been a solid part of my life. I have my father to thank for that — for films like Totoro and Howl’s Moving Castle. He and I watched a few shows, too: Dragon Ball Z and Saint Seiya: Knights of the Zodiac. Even so, it took me a while to grasp the actual concept of anime. I looped it in with its American counterparts; I observed my anime-obsessed peers with skepticism. Finally, my father introduced me to a certain show that was catching fire in the United States: Sword Art Online.

Sword Art Online is what I consider to be my first ever anime. Certainly, it was the first to make me realize that anime was a different beast. Written by Kawahara Reki, it tells the story of a young gamer who becomes trapped in the world first’s VRMMO (Virtual Reality Massively Multiplayer Online). A-1 Pictures adapted it into an anime in 2012. A year later, it held a spot on Netflix, as well as in the hearts of countless fans. My father and I were intrigued by Sword Art Online‘s premise.

Him, by the VR and game-play; me, by the sudden-death element. As Mother’s Basement points out in their video, “Why Do So Many People Love SAO?” we were all a little morbid in 2013. Shows like Game of Thrones and The Walking Dead have pretty much just hit the airwaves. More importantly, The Hunger Games was fresh on the shelves. It was the perfect storm for SAO’s hook: an inescapable death-game.

As a result, it amassed a cult following. My father and I binged the first season, expecting to become part of it. We were only half-right. About a quarter of the way through, my father’s interest waned. Spoiler Alert: That’s when Kirito and Asuna started to play house. I didn’t mind the romance. Frankly, I was relieved that they got on with it — no drawn-out flirt fest and fewer ship wars (though we still got plenty). Sword Art Online was shaping up to be one of the best shows I’d seen in a while.

Why Is SAO So Popular?

Why did I like it? Frankly, I just felt cool watching it. Everything was so shiny and flashy; Kirito and Asuna were kicking butt and in love — swoon! Sword Art Online II opened my eyes a bit. The arrival of Sinon kickstarted the realization that Kirito was collecting girls like trophies. This — in conjunction with some questionable scenes — prompted me to cast another net into anime. As a result, I came upon Death Note. I learned what a damn good anime was really like.

Why Sword Art Online Is Only A “Gateway”

Certainly, Sword Art Online is a gateway for new fans of anime. It will always hold a special place in my heart because of that. I now have several anime under my belt; it’s only natural that my standards creep up. Nowadays, SAO represents nostalgia. A glorious nostalgia riddled with edginess and a bit of cringe. I don’t consider myself an expert by any means; however, even I smell something fishy in SAO.

Dear SAO, With 2020 just having turned the corner, I often find myself thinking of you. I remember the joy, fear, and tears — the adrenaline of watching Kirito and Asuna beat up the bad guys. They are memories that fill me with a huge sense of gratitude. They also fetch some serious nostalgia, though not enough to blind me. As a piece of art, you merely serve your base function. You don’t go above and beyond — writing-wise, at least. The truth is that you don’t need to; the results speak for themselves. You’re one of the most easily recognizable anime of all time.

You’re the taste that got so many of us addicted to anime and its countless worlds. With the new season underway, I’m excited to build up my list of favorites: a list that no longer includes you. I say this with the utmost respect, SAO; you are just as, if not more, important to me. Without you, I never would’ve broadened my horizons, both in anime and storytelling itself. As I gather new perspectives, I keep with me the things that brought me this far; thank you for opening my world another inch. Sincerely, Kumari Pacheco.