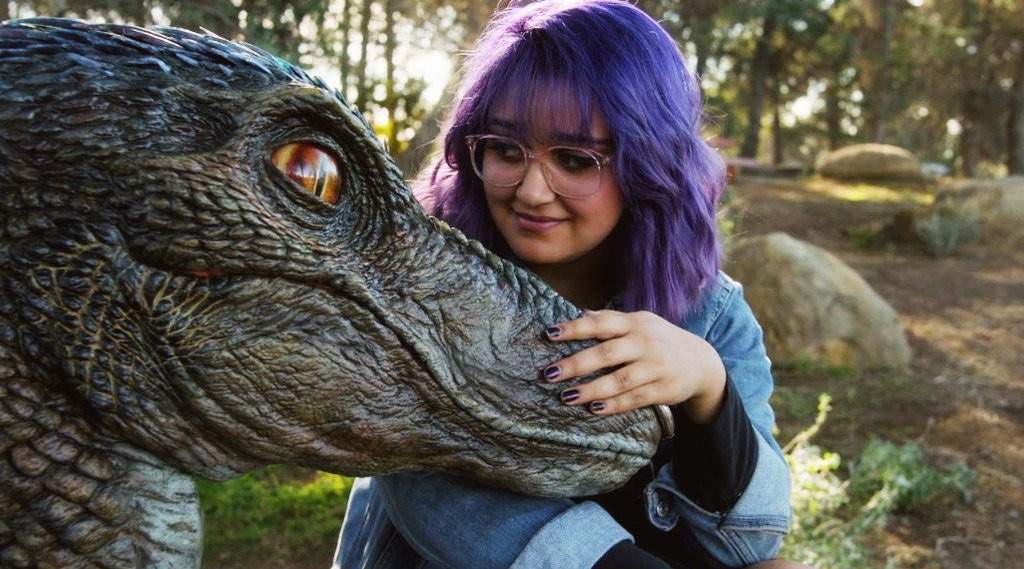 Presenting OTP Tuesday! Each Tuesday I will introduce you to a new One True Pairing! Tune in each week to find out which fictional couple you need to agonize/squee over next. I finally watched Runaways so this week let’s talk about the show’s best ship: Arsenic and Old Lace.

Who Are Arsenic and Old Lace?

Gert Yorkes is one of the primary characters in Marvel’s Runaways. The show focuses on six teenagers discovering that their parents are serial killers, and their subsequent efforts to bring their parents to justice. Before the discovery, Gert is just a normal teenager. She has an adopted sister, Molly, and ditzy but brilliant parents Dale and Stacey. Gert is into social justice and equality, but she’s very sheltered by her upper class upbringing and private school education.

Everything changes for Gert when the kids discover the truth. She starts working with the team – especially Chase Stein, who she has a crush on – to find something that will prove their parents’ guilt. But Gert and Chase discover something wild in her parents’ basement lab – a dinosaur. Luckily, before the dinosaur can eat it, Gert learns that she can control it, saving her and Chase. The dinosaur gives Gert a leg up since other members of the team have superpowers or advanced equipment. Still, when the kids go to confront their parents, they lose and are forced to go on the run. Before they can escape the city, they are accused of murder and a manhunt begins.

The kids – now runaways – find shelter in an abandoned mansion outside the city. There, they plot their next move. Gert and Chase start a relationship, but it’s rocky, especially as Gert’s mental illness acts up without access to her medicine. She and Chase split when she used her parents to get meds, but were drawn back together when Gert and Old Lace suddenly became seriously ill. They learn that Stacey poisoned Old Lace. They found an antidote, but the Yorkes are out to get Gert back. In the season two finale, Gert and Old Lace are kidnapped by Dale, running from Stacey.

Old Lace is a dinosaur, vaguely velociraptor-like. She was bioengineered by the Yorkes, who are brilliant scientists, even if they are ditzy and dumb the rest of the time. At first, Old Lace lives in a protected habitat in the Yorkes’ lab, but she manages to escape when Gert and Chase investigate the lab. She forms an instant connection with Gert, though it’s unclear if that was engineered by the Yorkes or anything else. The dinosaur becomes Gert’s closest companion in the fight against the parents.

When the kids run away, Gert is told that the dinosaur is too conspicuous and to get rid of her. Gert tearfully names the dinosaur Old Lace before telling her she needs to hide for her own safety. However, when the kids learn they’re suspects in a murder and go on the lam, Old Lace is right there, having never really left Gert. Old Lace goes to the hideaway with the kids, although she frequently stays outside so she can hunt for food.

This becomes a problem when a drone poisons Old Lace. No one sees it, so it’s confusing when Old Lace suddenly becomes sick. Things get worse when Gert becomes sick as well, through her connection with Old Lace. Chase takes the two of them back to Gert’s house, knowing that her parents are the only ones who can save her. Stacey, who has been taken over by a violent and sadistic alien, admits that she poisoned Old Lace to trap Gert.

She tries to heal Gert by killing Old Lace, but Dale and Chase intervene, knowing that Old Lace’s illness will kill Gert. In the end, Old Lace is kidnapped with Gert, taken away by Dale to keep them safe from the now violent Stacey.

Why Is Arsenic And Old Lace OTP?

Arsenic and Old Lace are, hands down, the best thing to come out of Runaways. It’s a partnership between a teenage social justice warrior and a dinosaur. They’re psychically linked. The dinosaur is essentially a big lizard-y puppy. She is cute and protects Gert and eats trash. Gert loves her dinosaur puppy and tries to take care of her.

What’s Next For Arsenic And Old Lace?

The end of season two is not great for Arsenic and Old Lace. Season two sees Chase return to his old life and taken into the fold by his parents. He tries to convince the other kids to return home as well. Chase is an idiot, but he means well, and genuinely wants the best for everyone. Unfortunately, he doesn’t realize that the parents used him to track the other kids. When Chase leaves, they go on the offensive, attacking the kids to try and get them home by any means necessary.

Gert runs off with Molly as Dale and Stacey chase them down. Molly escapes and makes it back to the hideout, but Gert is attacked by Stacey and knocked out. Luckily, Dale doesn’t want to hurt his kids, so he steals Gert away before Stacey can hurt her even more. Unluckily, that means that Gert and Old Lace were both kidnapped by Dale and taken on the run. He wants to protect them, but Dale is no saint – he also helped kill a bunch of people.

Season three will presumably show how Gert and Old Lace are holding up on the run with Dale. Hopefully, we’ll see them escape and return to the other runaways where they belong. Whether or not Dale survives the trip remains to be seen (I kind of like Dale, I’m not gonna lie). But one thing’s for sure – you can’t separate Gert from her faithful companion. Arsenic and Old Lace belong together and they’ll stay together, no matter what.