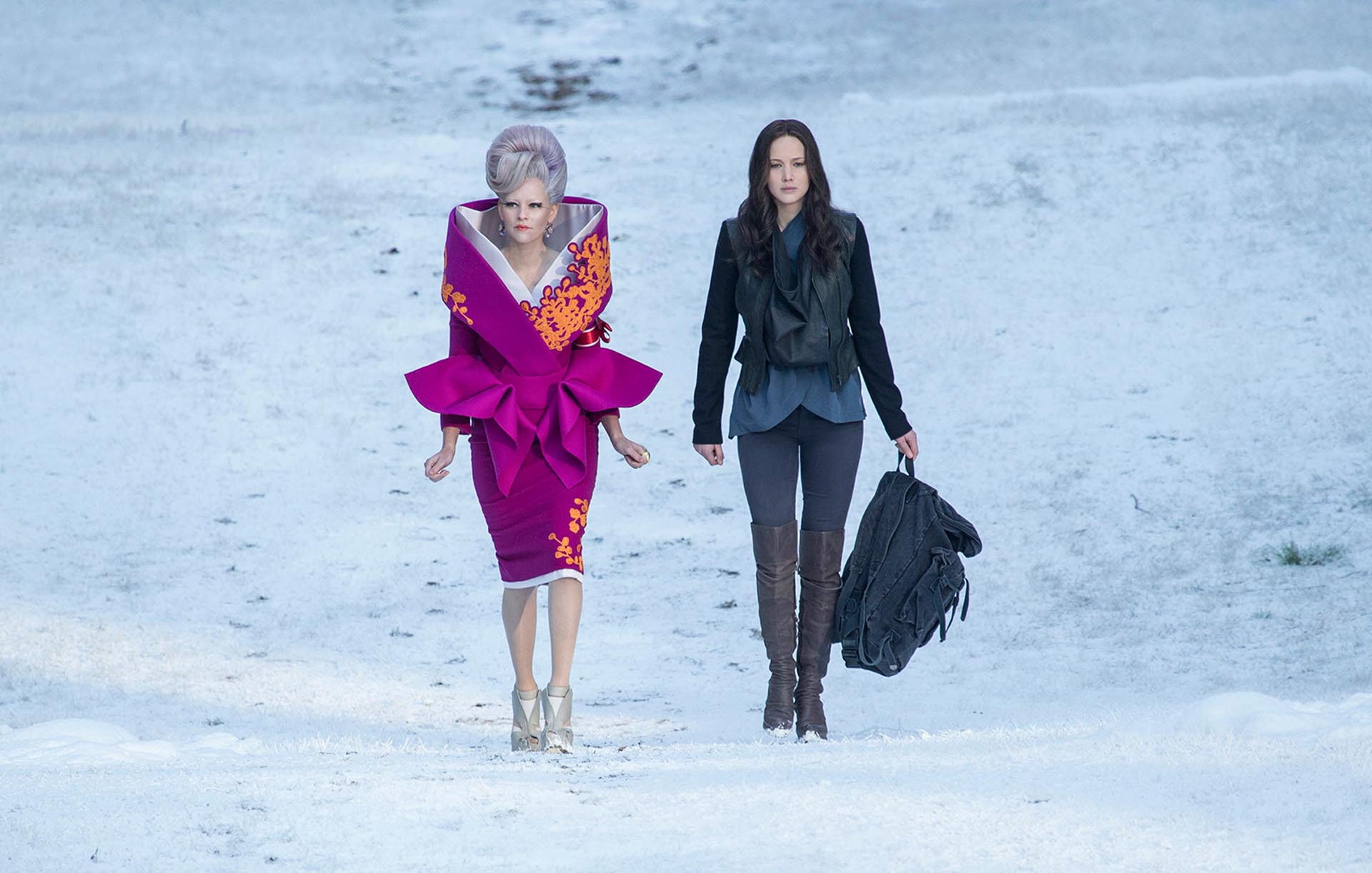 WARNING: Some light spoilers for movie-watchers only

The ‘Mockingjay Part 2’ panel promised to be full of feelings, emotions and tears from the first minutes. This was, after all, the last panel from The Hunger Games at San Diego Comic-Con. Or, at least, the last one while it’s still an on-going franchise.

Moderated by Conan O’Brien, who hit SCC Mad Max-style, the panel started with some thrilling drum-playing by people dressed in white District 13 gear. They also played a special message from District 13 on screen that said “stay with us”. As if that entrance wasn’t powerful enough, they also revealed a brand new full trailer (which they played again to close the panel). The trailer included Finnick’s wedding, the Capitol battle and some touching Peeta/Katniss moments among other things.

In comparison to the more slow-paced first part of Mockingjay, director Francis Lawrence described Part 2 as “where Katniss gets back into action”. He also stated that “the movie feels like the most satisfying and gratifying end to the story of The Hunger Games”

When a fan asked for Jennifer Lawrence’s favourite moment in the franchise, she said that she didn’t want to spoil us the movie and added that, from what we have seen so far, her favourite moment is the “I volunteer as tribute” line from the first movie. Adding a comedic note, Liam Hemsworth said that he’s “excited about a scene Peeta and Gale share” and joked about a kiss between them. Jennifers said that she wasn’t aware of that scene. Producer Nina Jacobson said that the most satisfying moment for her is “Katniss taking control of her story”.

Prim is going to have a stronger role in this last part. Willow Shields revealed that “the relationship between Prim and Katniss is really genuine and beautiful”, adding that Prim is “more there for Katniss, kind of taking care of her in a way”.

The funniest moment was probably when a fan asked them to do Rue’s whistle, which led to a hilarious moment of the cast imitating several animal sounds. Liam said that everytime he tries to do the whistle it ends up sounding like the X-Files.

However, as we said, this was a special and very emotional panel. What they are going to miss the most about the series? “Each other”. In fact, after they wrapped filming, Jennifer, Josh and Liam “held each other and slept like puppies”.

“You guys challenged me. I love you”. Jennifer to Liam and Josh.

The last question asked “if there’s one thing you hope fans take away from this movie, what would it be?”. Jennifer’s response is “the power of our future is in our hands“. Josh says “hope and empowerment“.

You heard it, citizens of Panem. It’s time to raise against the Capitol one last time!