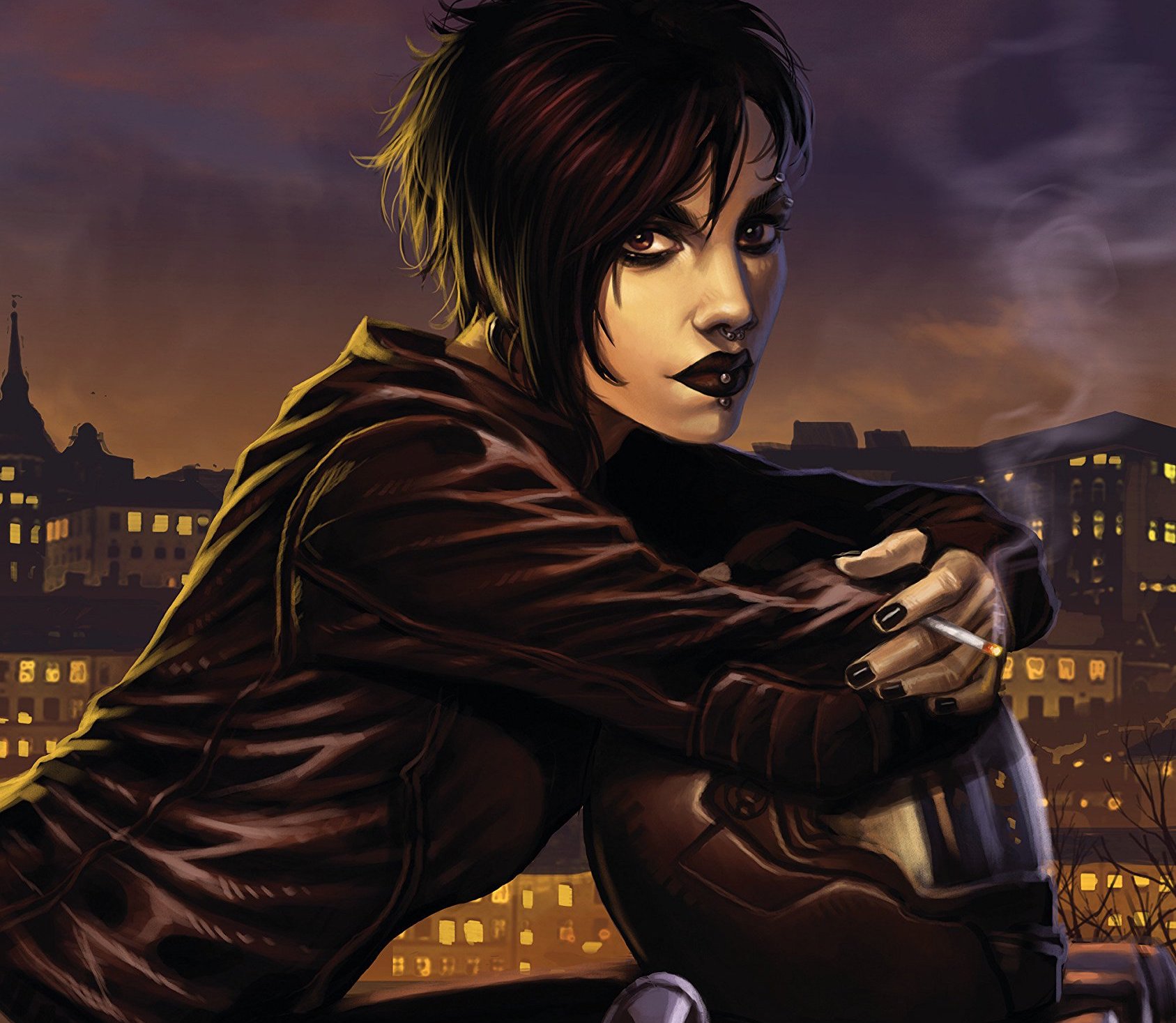 Millennium: The Girl Who Danced With Death Dances Again

The writer Sylvain Runberg and artist Belen Ortega created Millennium: The Girl Who Danced With Death, which is based on the Millenium Trilogy by the late Stieg Larsen of The Girl with the Dragon Tattoo fame. This volume, translated from French to English by Rachel Zerner, collects three issues in the miniseries. It’s a new Lizbeth Salander adventure that puts her up against a dark conspiracy that threatens Sweden’s political sphere.

Along with the emergence of a radical group called Sparta, there’s a dark conspiracy that tackles a number of relevant topics. The people in this powerplay took one of her closest friends Trinity and it’s up to Lizbeth to bring her back home.

We’re Back With Lizbeth As She Tackles Far Right Everything In Millennium: The Girl Who Danced With Death

We run the gambit of evil in this novel with toxic masculinity, Islamophobia, and white supremacy to name a few. For the most part, the writer manages to tackle these issues with delicacy, while also not shying away from those tense situations. It’s a political thriller but focuses more on action rather than intellectual maneuvering. I liked how they didn’t use too much explanation, relying on speech and action to convey what happened. It’s a double-edged sword since it doesn’t allow time for strong character development. On the other hand, this process works for those who don’t need to know their background. This problem depends on who’s reading Millenium and I doubt many will start here as their beginning point to the series.

I picked it up fairly quickly as a person who doesn’t quite consider themselves part of the fandom. I had to take a lot of breaks when I read the entire work, but I recognize the writing as strong. The translation makes sure that everything works together and there isn’t any awkwardness from switching between two languages. My one issue is there was a point where a protagonist male character goaded a female character by saying she was jealous of another female. It felt off for a story with literary themes based around more progressive ideologies. A story based around toxic masculinity that pits women against each other doesn’t quite suit my style.

Millennium: The Girl Who Danced With Death Is Desatured Like The DC Universe

The desaturated coloring makes sense because it’s a dark story. My one problem with it is that the colors make the pages look a little more orange than necessary. This color draws you out of the narrative when the other parts of the artistic design are well-done. The character design fits the personalities and I liked the diversity of the appearances. When it comes to the backgrounds, the designs fit Sweden and its architecture. I liked the speech bubbles because they’re not the typical round shape. This oddball design fits into the personalities of the characters and I liked how these smaller choices set the work apart.

Should You Read Millennium: The Girl Who Danced With Death?

It hits the Millenium trilogy tropes that readers would enjoy. In addition, The Girl Who Danced With Death uses the comic medium to great effect. The comic genre takes out the need for too much narration and has the potential to bog down the pace. It offers a way to have a lot of story development happen in one place. I don’t think it’d be a strong fit for someone who is getting into the series. You need background details to understand all the groups. A person already invested will better understand the character dynamics and background motivations.

If you’re not into a high-paced story, you shouldn’t pick this up, but the adventure genre is strong with this one. Certainly, you won’t be bored with this new addition to the lore.