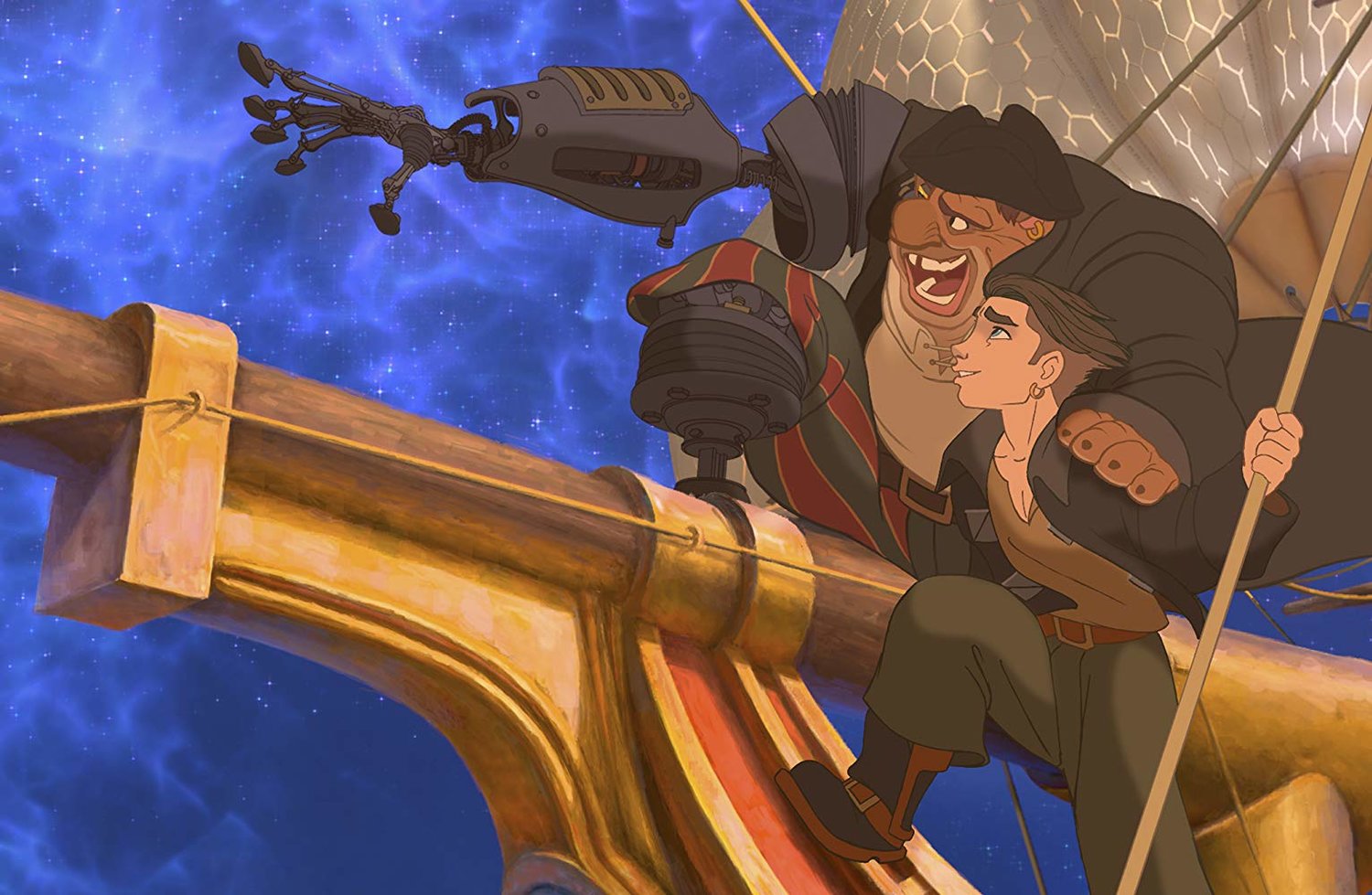 A beautiful tragedy has struck millennials. There is a robust collection of animated films of their era unknown to them. Millennials are people who were born between the early 1980s to the early 2000s. The ’90s were a hugely successful decade for Disney, a film enterprise commonly known for family entertainment. Millennials were the subject of the film company’s growing popularity. Disney was the main provider of the movies that made up their childhood. Films like The Little Mermaid, Beauty and the Beast and The Lion King, became iconic for children of the millennial era.

What makes this blatant tragedy beautiful is that millennials can rectify this. By delving into the repertoire of films from the past, the present can be enlightened. With Disney’s intense spotlight on movies centered around fairy tales and princesses, many cinematic gems have slipped through the cracks. Various animated adventure films that exemplify this include Treasure Planet, El Dorado, Atlantis: The Lost Empire and The Hunchback of Notredame. These movies are centered around personal growth and friendship. They vary in both content and style of animation in comparison to Disney’s more mainstream films.

Why Millennials Missed Out On Some Films

In the Disney enterprise, timing is everything. Fun fact: The idea for the film Treasure Planet was pitched during the same meeting as The Little Mermaid. However, The Little Mermaid came out in 1989 to warm the hearts of millions of millennials. Treasure Planet had its big debut in 2002. Inspired by Robert Louis Stevenson’s Treasure Island. The film narrates the story of young Jim Hawkins, who seeks Captain Flint’s collection of stolen treasures. Treasure Planet is a cinematic gem worth more than the loot of a thousand worlds.

There are many things that make this movie an underrated one for millennials. The passion project of Ron Clement and John Musker is one of the few non-musical Disney movies of its time. The film has various anthropomorphic, robotic and lovable alien characters that provide both comic relief and friendship. An example is a beloved anti-hero, John Silver. He is a human-animal hybrid and a cyborg. Silver is the main villain of the film while simultaneously being Jim’s mentor.

Although a villain, Silver delivers good advice that stays rooted in the hearts of millennials everywhere. A popular one being:

“You’ve got the makings of greatness in you, but you’ve got to take the helm and chart your own course.”

This nugget of wisdom resonates deeply with Jim and he goes on to be a better person because of it. Silver helps Jim grow from his ambitious reckless self into a respectable young man.

The Darker Side Of Disney

Similar to Disney’s Treasure Planet, The Hunchback of Notredame is another film that millennials have overlooked. Loosely based on Victor Hugo’s The Hunchback of Notredame, the film follows the story of Quasimodo, a deformed bell-ringer and his longing to be accepted by others in spite of his physical appearance. The film strays slightly from Disney’s family-friendly nature as it delves into topics such as discrimination, mass genocide, abuse of power and religion.

The Hunchback of Notredame is one of the few Disney films where the main character has a physical disability. It is also one of the few films where the protagonist does not get the girl and the relationship between the two ends in friendship. The movie also features millennial musical favorite Alan Menken who composed songs for films such as Aladdin, Pocahontas, and Hercules. Accompanied by stunning visuals, talking gargoyles, and a musical spin-off, The Hunchback of Notredame also gives audiences a glimpse of 1482 Paris alongside the history behind it.

For instance, the female lead of the film is a kind and clever gypsy who participates in The Feast of Fools or Le Fête des Fous. A festival celebrated in Europe that shed with the moral restrictions of the church. It is here that Quasimodo stumbles upon both the cruelty and benevolence society has to offer. The movie tackles problems like social acceptance, discrimination, unrequited love, friendship, and sin. The Hunchback of Notredame has an animated sequel that continues the story of Quasimodo and his growth as a character. However, in comparison with the original film the animation of the sequel leaves much to be desired.

Steering away from Disney, another source of childhood movies for millennials is the Dreamworks Animation Company. A Dreamworks film that deserves recognition is El Dorado. The movie follows the adventurous journey of dynamic duo Miguel and Tulio in 16th century Spain. One of the biggest highlights of this film is its music. El Dorado features a soundtrack with songs by Elton John and a film-score by Hans Zimmer, two musical geniuses.

Miguel and Tulio are two risk-taking best friends who end up as stowaways on Hernan Cortes’ ship. One thing leads to another and they stumble upon “El Dorado,” the lost city of gold. The musical journey tests the bonds of friendship and explores the moral compass of two gold coveting individuals. It also features a lovable animal sidekick, who seems to be the smartest out of the trio.

Miguel and Tulio are a great pair that shine brightly against the robustly colored animation; total opposites, the duo are constantly defying odds and narrowly escaping trouble. Miguel is a reflection of a millennial’s childhood innocence. He is optimistic and, at times, blind to the perils his actions entail. Contrary to Miguel, Tulio is a reflection of millennials’ well-known sass. Tulio balances Miguel out with his sarcastic remarks and snarky attitude, and the two provide comic relief throughout the entire movie.

Underrated In The Millennial Past, Not In Its Future

Coming to cinemas again soon is a millennial cult classic, Atlantis: The Lost Empire. Inspired by the literary work The Nautilus by Jules Verne. Set in 1914, a linguist named Milo Thatch leads an expedition to the lost city of Atlantis. Accompanied by a group of courageous explorers, he unearths the empire his deceased grandfather longed to discover.

Although not a Disney musical, Atlantis: The Lost Empire explores the possibility of discovering a lost culture. The people of Atlantis have different technology, and it pulls Thatch into their culture. They also have a language only the linguist Milo seems to understand. Linguist Mark Okrand invented the “Atlantean” language for the film. Okrand is also known for creating the Klingon language in the Star Trek universe.

Atlantis is a film that is for children and adults. It is morally complex and rich in historic values and culture. The movie also features a millennial favorite, ‘the badass princess trope.’ The warrior princess of Atlantis Kidagakash (or Kida for short) strays away from Disney’s damsel in distress. She is smart, strong, selfless and willing to sacrifice herself for her people.

Atlantis is one of Disney’s next live-action films. Tom Holland, popularly known for his role as Spider-Man, has been chosen to play Milo in this upcoming remake. Now that you know what you have been missing, who says you can’t discover your favorite childhood movie as an adult?