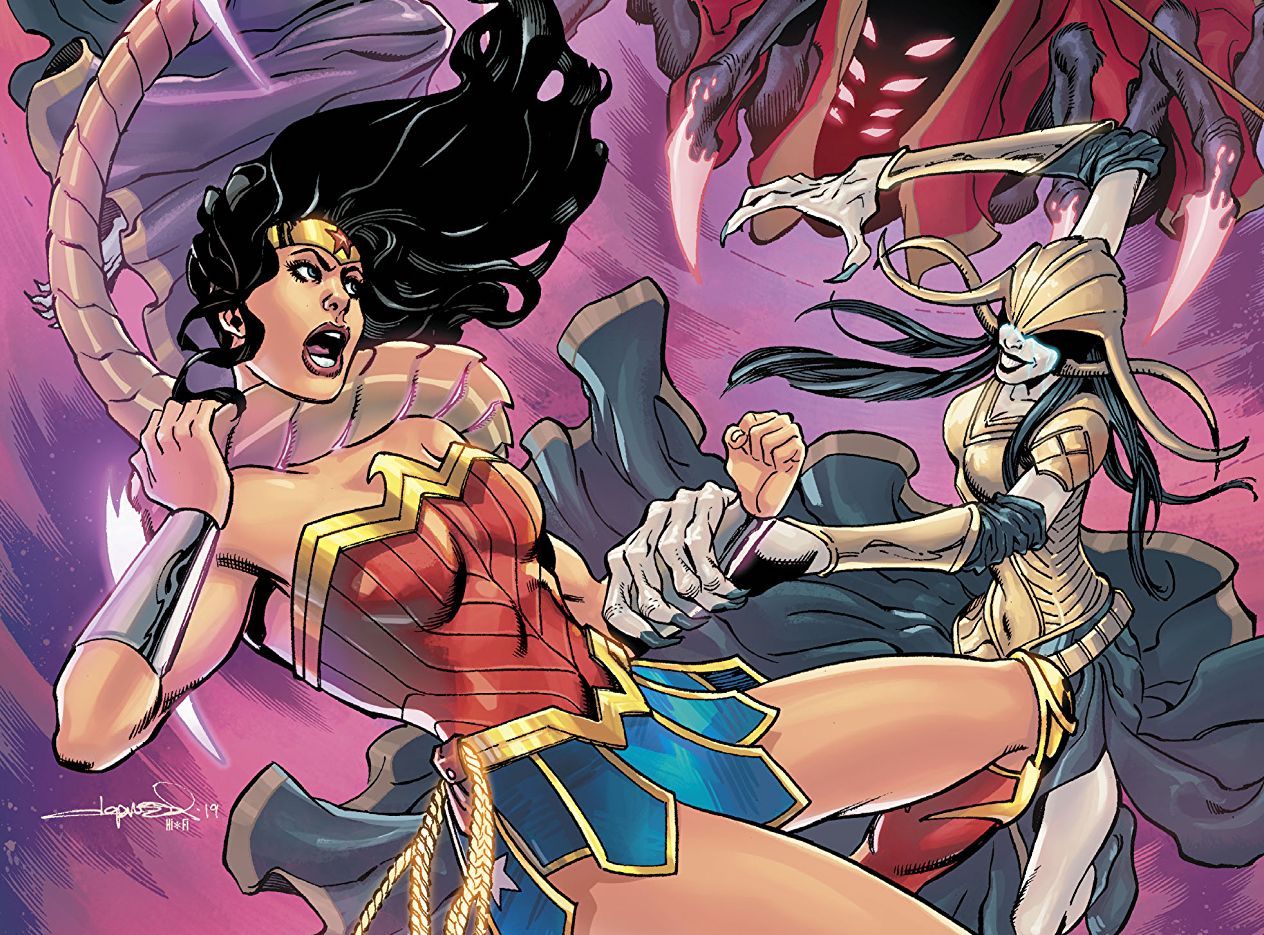 Steve Orlando has begun his first full storyline for the Wonder Woman title (Wonder Woman #751 and #752). After beginning his run mid-story in the previous story arc, Orlando now has his chance to do what he wants with the character. Diana has returned to Boston in Wonder Woman #751 and is immediately making her presence felt. Diana’s neighbor, Nora Nunes, turned out to be an officer for the Boston police department and the two began to build a relationship.

The relationship between Diana and Nora feels like Orlando is building a similar connection to Batman and Jim Gordon. Nunes is skeptical of allowing Diana to be Wonder Woman in Boston knowing her presence will attract powerful enemies. In Wonder Woman #752, those enemies will arrive and the battle will ensue. How will Nunes react when these battles commence?

Wonder Woman #751 opens up with Diana held at gunpoint by her neighbor Nora Nunes. Nunes revealed to Diana that she was an officer with the Boston Police Department. Diana and Nunes spend time around the city stopping some small crimes and Diana attempts to convince Nunes to allow her to be Wonder Woman in Boston.

For the most part Wonder Woman #751 is used to set up Steve Orlandos’ run on the title. Orlando builds on the relationships with the supporting cast and Diana. The art team of Jan Duursema and Aaron Lopresti on colors helped move this book along. Steve Orlando introduces a few intriguing storylines throughout the issue that will be interesting to follow going forward in the book.

Warriors Out Of Time

Wonder Woman #752 picks up the pace and action that was lacking in issue #751. Immediately as the issue opens, a woman calling herself Valda the Iron Maiden is causing havoc. Holding a man’s dead body and challenging whoever else will stand in her way to battle. When Diana arrived, she and Valda were engaged in battle. Meanwhile, Diana’s new friend officer Nunes is following the action by holding back her troops and keeping her promise to allow Diana to be Wonder Woman.

After the brutal battle between Diana and Valda, Diana takes her away from the public. Valda is confused by the act and does not understand why Diana wants to talk and not fight. I felt like this issue was a bit lackluster. The dialogue was nothing to write home about and the story felt a bit rushed. One moment Diana and Valda are in an intense battle, then after a short conversation, the two are working together. It just felt a little forced and familiar. Moving forward with the story, we will see what Steve Orlando has planned with the multiple storylines taking place and if things change.

Both Wonder Woman #751 and #752 have good art teams. The details portrayed by artists Jan Duursema in #751 and Max Raynor in issue #752 help carry the story. Each issue works to build up the storylines and Diana’s relationship with her supporting cast, making it important for the art to stand out, which it does.

Romulo Fajardo Jr returns in Wonder Woman #752 on colors. Colors are crucial for a book like Wonder Woman, needing many bright colors in a multitude of locations and plenty of detail. The art teams for both issues impress with the amount of detail and expression used. The background scenery also stands out in both issues and I am excited to see what the art teams bring to the table in future issues as the storylines are sure to pick up in intensity.

Steve Orlando got his chance to create his own story for Wonder Woman. Orlando uses his first two issues to set up many different storylines to move forward with and add his own flair to the character. I would like to see some changes in the dialogue in the coming issues. There has been a feeling of repetition when it comes to dialogue in the past few issues with Diana in particular.

I have faith in Orlando to pick things up in the coming issues. With no doubt, the stories will get more intense and questions will begin to get answered. I look forward to the coming issues. Wonder Woman #751 and #752 were a solid pair of books for the start or Orlandos’ run and hopefully he can keep it going.