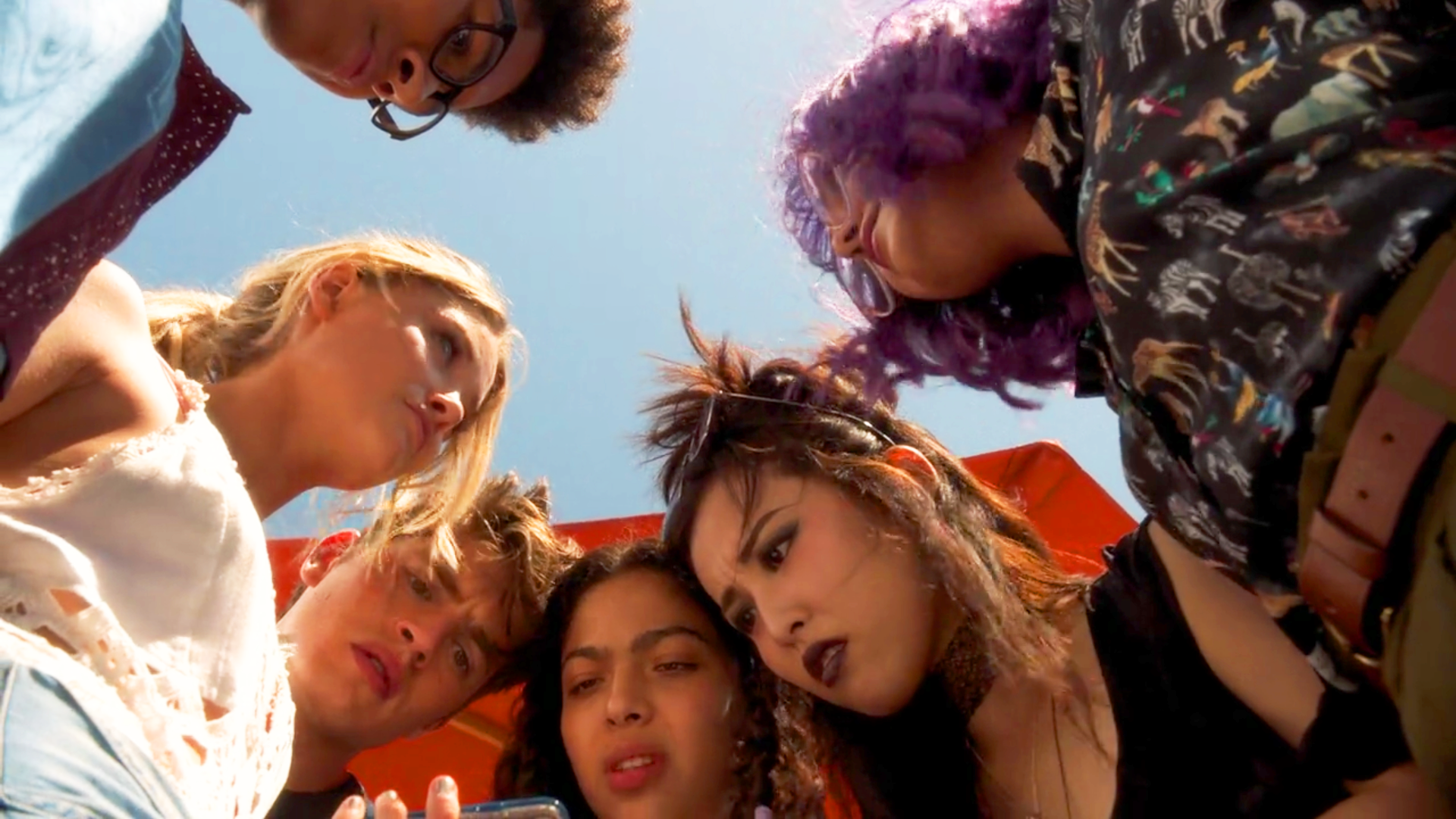 What To Binge Watch? – Marvel’s Runaways Is Taking It Back In ‘Rewind’

The first episode of Runaways was killer, of course — we reviewed it. Got a good 9.2 review. However, the second episode I am completely pumped for. In ‘Reunion‘ we find out about the criminal parents, the gang is back together, and most importantly, the gang has powers too?

I know, so much juicy Young Adult drama on episode one of Runaways, right? Well, I am hoping more drama is to come with the children and the parents. I want to know more about PRIDE and what the hell is going on, don’t you? Exactly, let’s get into ‘Rewind.’

In this second episode, Runaways takes a rewind. We see what the parents were doing when Alex was trying to get the gang back together. What leads up to the moment of the PRIDE meeting that was happening when the gang found their parents?

All of those unanswered questions will hopefully be answered by the end of the episode. Or, not — and we go into episode three wondering what the hell is going on; but, I wouldn’t even be mad if that happened. Nico’s storyline is sad, and I am wondering what happened to her sister.

I am intrigued by the story; I feel like it had something to do with PRIDE. You can never be too sure in Runaways. These parents are just as creepy as I would make them out to be. I mean, they are in a group called, PRIDE. I mentioned in my first review that the parents were cringe, but not in a bad way.

The Parents of PRIDE

Catherine and Geoffrey Wilder are the parents of Alex Wilder. They are — what seems to be like the head of the PRIDE group. However, I don’t think anyone is the head of the PRIDE group as we seem to think. Geoffrey has a past of being in prison and what seems to be like gang affiliation as well. I could be wrong about that, but from the scenes in this episode — that is what comes off. It seems that his past is catching up to him.

Leslie and Frank Dean are Karolina’s parents, and they appear to be a religious family. This is what is on the surface of what we know, but that seems to be a ploy for PRIDE. Again, Karolina is spiritual as well and seems to be breaking from that — and even more so I am sure now that she knows her parents are in a criminal group. Leslie is damn creepy and plays the part so well. It’s crazy good, actually.

The Second Half of The Parents of PRIDE

Janet and Victor Stein are Chase’s parents. Chase’s father, Victor, is abusive — verbally, but not quite physically yet. Anger issues from what it appears to be in the first episode when Chase talks to him at breakfast. That could be because he is afraid of Chase because Chase does not seem to be frightened of him.

His parents are engineering genius’. Stacey and Dale Yorkes are bioengineers and Gert’s parents as well as Molly’s adoptive parents (this comes up as to how later, e.3). Tina and Robert Minoru are Nico’s parents and they, well Tina is a brilliant innovator. She is also a perfectionist and both, Tina and Robert, battle with the loss of their daughter.

What’s To Come Of This?

Now that we know just how creepy these parents are, what do we make of this? Where do we go from here? We get a first person of everything PRIDE is doing and just how eerie it is. They are sacrificing these children for something, and it is heartbreaking just to see this and hear this as the first person. Also, where do these people go when they are in the casket-like thing?

We did not see this in the first episode when we were watching as the children. I love that they did a rewind on the first person point of view from the parents. Then we get the ending of episode one continuing into the last moments of episode two which is super gnarly.

The parents assume their children know nothing because they are teenagers and they are the furthest thing from incorrect — but, we will let them have it. Frank Dean seems to be onto something, though, and I like the way this is looking. He could either be a vital part of the revolution or try and be a part of it — who knows? Either way, sneaking into your wives office is a good look from me.

We are more than excited about episode three. Will you be here for it? I hope so!