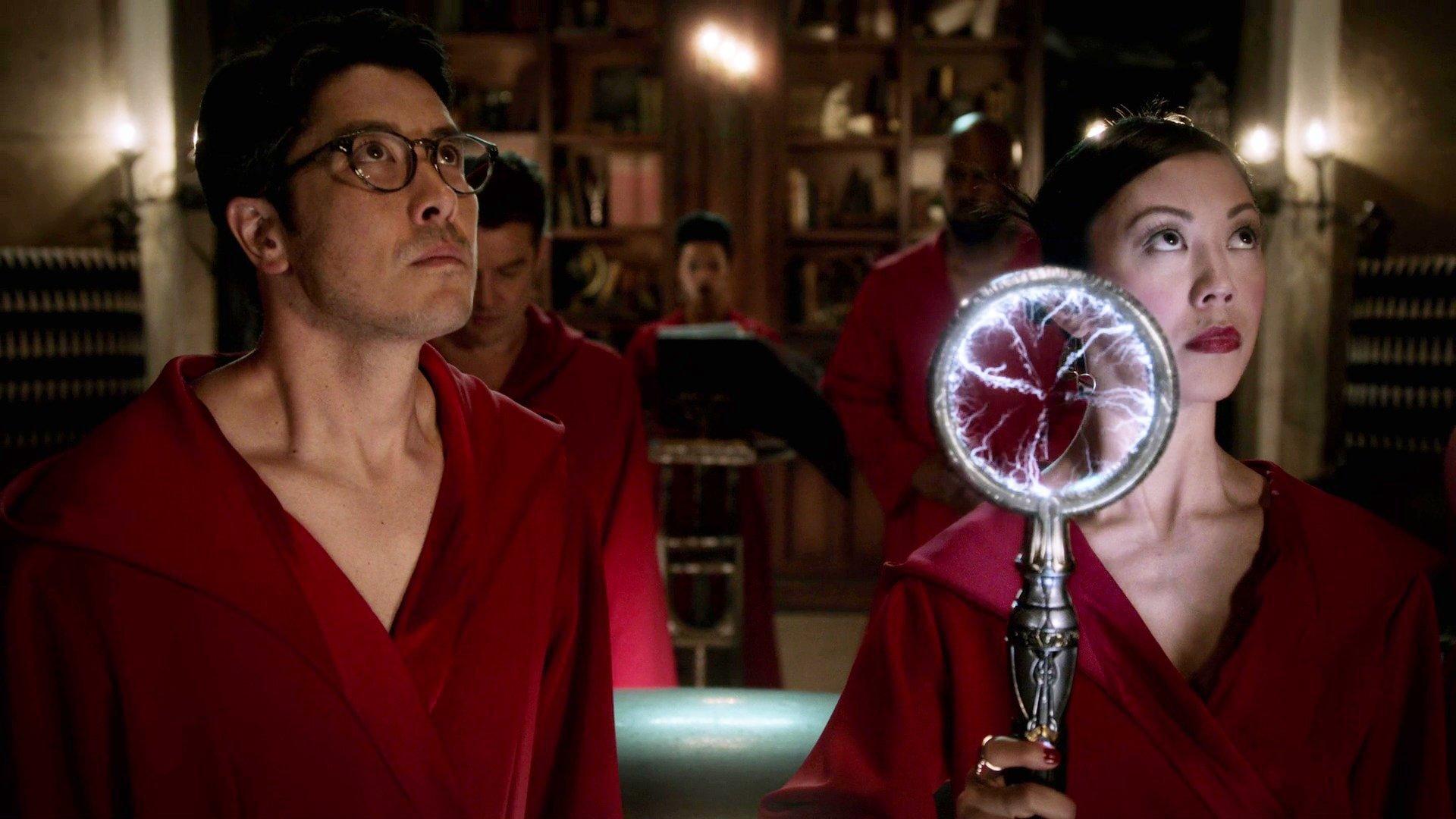 By now, we have reviewed ‘Reunion‘ and ‘Rewind‘ and have now made it to ‘Destiny.’ This is episode three in the list of Runaways, and Between 101 and 103, I cannot deal with the drama (in a good way). There are so many secrets waiting to be told and snitched, and I just want to know what they are! Don’t you? So much is happening in so little time, and I am shook about it.

We begin ten years prior to the moment they are in right now. This appears to be Molly’s parents funeral? I want to say it is. It seems like everyone is about five or six years old at this time? Being as it is ten years earlier and they are like thirteen through sixteen, maybe they would be about three through six here.

Depending on the character, which is still pretty young to deal with a death at that age. For Molly, she was only three maybe four, considering she is the youngest and fourteen at the time of the present. I may have these ages wrong, but I am in the ballpark I hope. High school is 13-17ish and 18.

The Destiny of PRIDE & The Runaways

Tina is looking suspicious right now with that burnt hand; also, what happened with the Hernandez’s? There are so many secrets I can barely move my neck to make sure I hear them all. Molly’s parents seem like they were murdered and I am intrigued by this storyline now. I want to know how they were murdered and what happened? The funeral shows that the group has been friends since they were really little — which is vital to know. That means them rekindling isn’t just a normal reunion. It is something more.

I feel spiritually connected to Gert because she is as awkward as I am around attractive guys and I feel that. Also, who’s running that supposed to be dead girl’s social media? That’s a lot of work for PRIDE. Are they paid for this? Okay, I kind of ship Gert and Chase but… Chase is also an a-hole, and Gert is being so needy. We gotta work on that Gert. The jealous friend ploy is not a good look. We need to fix that. I did enjoy Chase and Gert being spies in this episode — it was refreshing.

Chase and Gert are in his dad’s office, and they find a lot more than what they bargained for. Wilder’s mother is testy and a little on edge. Maybe she needs a drink? I mean, all of these parents do, but she does especially. Nico’s style is everything, and I aspire to be like it. She is a goth queen, and I am here for it.

Molly is so awesome; I love her powers. She is an outstanding character to be only fourteen in real life. Alex is getting himself into dire situations right now, and I don’t know why he tried to do this. Always be smarter than the parents, gotta think two steps ahead every time.

Nico is now finding out about her mother’s power source, and I love it. That means she will use it for good, rather than evil and I like that. Karolina is trying to uncover the truth in her weird, innocent way. However, she realizes that she may have powers too. I mean, what are her powers?

This episode was interesting in terms of secrets. A lot of people have secrets in Runaways, and I am interested to find out what more are coming to us in the next few episodes. Everyone is keeping a secret, and some are bigger than others, but they are still secrets nonetheless. Runaways just keeps getting better and better. I can’t wait for what episode four does, let’s meet this weird creature that is attached to Gert.

Gert is a dinosaur? I am digging it. She can control the dinosaur; I like it. We also get into who this person with the flaky skin is? Well, at least we hear them talk, so that’s better than nothing. The ending of the episode gives us into where Destiny is. [su_spoiler title=”Spoiler.” style=”simple” icon=”folder-1″]She’s dead.[/su_spoiler] She washed up on the shore, and for some reason, she didn’t die which is why whoever is flaky is still flaky. I’m going to call them flaky because their skin freaks me out.

Super weird though that Destiny looks like she was murdered… instead of disappeared into wherever the bodies disappear to. So, now they need another sacrifice? Goodness, gracious… here we go again.