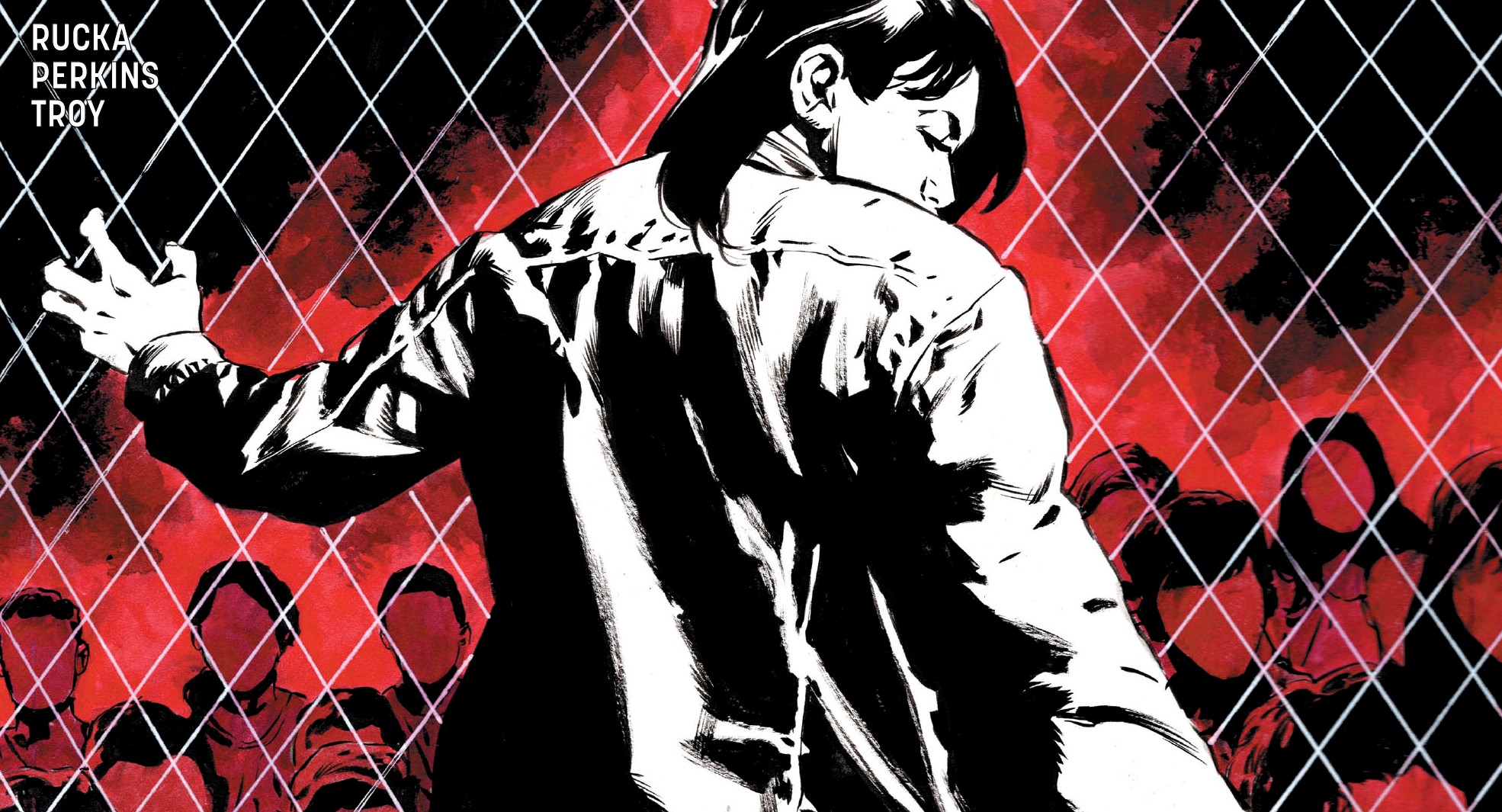 Lois Lane #9 signifies that this so far magnificent series is almost over. We are now two-thirds of the way through Greg Rucka’s and Mike Perkins’ take on the world of Lois Lane and I will miss it when it ends. This issue proves that this small corner of the DC Universe should be used more often. From the social commentary on some really hard-hitting issues to its willingness to have fun with characters that are often put on a pedestal. Even how different storylines start converging in unexpected ways is masterfully done.

Renee Messes With The Dark Knight

As usual, I like to point out when little details in this series really add to the experience. It’s no secret that I’m a big Renee Montoya fan and gets very excited every time she appears in something. Well, who better to provide some of her best moments than the man who reinvented the character and one of her best artists? In Lois Lane #9, Renee is sent to Gotham to contact the one, the only, Batman. Naturally, in order to get in touch with the Caped Crusader, she turns on the bat-signal. Something she wasn’t legally allowed to do in Gotham Central and something Vic did to get her attention back in 52.

The Dark Knight shows up and is treated to Renee doing what she does best. You see, Renee has always been a bit “too cool for school” when in her The Question persona. So, she is not impressed by Batman and doesn’t play to his ego, she gives him what she was sent to give him and waits. Then when he shows back up with the information, she doesn’t even acknowledge him. She just sits there meditating, throwing Batman off of his game. He expects you to acknowledge him as this intimidating presence, but she just nonchalantly sits there.

It pisses Batman off, complete with a massive panel showing him grimacing. This is perfect, Renee giving Batman a taste of his own theatrical medicine. She then proceeds to spend the rest of the scene making bad jokes and just all-around annoys him. This is not only a great scene and shows the strength of Renee as a character, but also provides much-needed levity from the social commentary that is about to be tackled.

Alejandra Oritz went missing last issue as a result of being raided by the police. The Kiss of Death used this to get to Lois, and now it’s her duty to set things right. After getting information from the Department of Homeland Security, Lois finds out that Alejandra is being held at an immigration facility. She is suspected of being an illegal immigrant and here life is being destroyed as a result.

The facility is being run by the Immigration and Customs Enforcement. I don’t know about you, but I’ve seen ICE in the news here lately. This is something Rucka is great at doing, taking things straight out of the headlines and talking about it in the context of fiction. In the real world, ICE detained tons of immigrants, separating children from their parents, and locking them away into horrible living conditions. They were treated as less than human, it was and still is an awful reality. And we see Lois Lane, the wife of Superman, and Renee Montoya, a literal superhero, come face to face with this issue.

Lois Lane #9 doesn’t stop there with its social commentary. Renee and Lois have a discussion about immigration. Renee points out that Superman, Martian Manhunter, and Wonder Woman get a pass, even though they are by definition undocumented immigrants because they save the world. Lois corrects her, they get a pass for a different reason. Superman and Wonder Woman, while technically of different races, Caucasian. Martian Manhunter is a shapeshifter who in recent years does take the form of an African American man, but in his past took on the form of a Caucasian police detective. As with most horrible human actions, this is a result of racism. Heavy stuff but damn good.

Lois Lane #9 isn’t afraid to get on its soapbox and talk about very real issues. That within of itself is applause-worthy. But it also finds time to have some fun, with great character work and furthering the narrative.