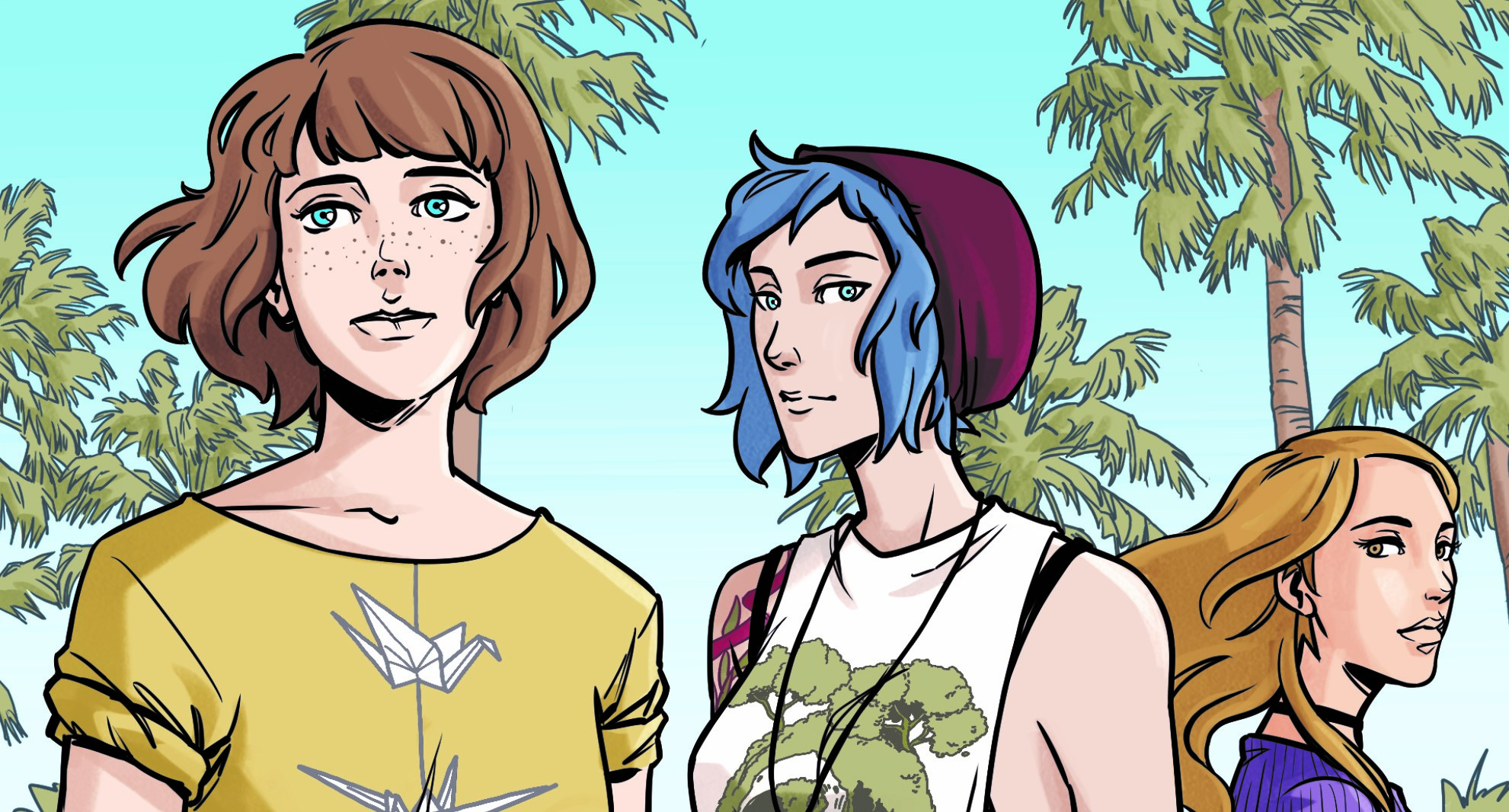 Life is Strange #6 is the middle chapter of the most recent arc in the series, “Dust.”

In the last issue, we found out that Max has been in this new timeline for two years. However, she doesn’t fit in with anyone and is confused about where to go with her life. Life is Strange #6 sees these feelings boil to the surface in an emotional way and parallels Max’s journey with others.

Emma Vieceli opens Life is Strange #6 with a nice chat between Rachel and Max. These two characters never really got to interact in the games, so it’s nice to see that here. In this interaction, we come to understand the parallels between the two characters. They both have Chloe as their best friend/lover and as their emotional anchor. She is the only true friend they have. Rachel makes this abundantly clear when she says she felt threatened but Max when she showed up. They are both creative people with tons of emotional baggage that Chloe has helped them solve and escape from.

Speaking of parallels, in one brief scene, we come to see a new side of the strange boy that Max keeps seeing. The obvious parallels between Max and this boy are their powers. It is hinted at though not explicitly said that this boy’s power is to make himself invisible and not time travel like Max. But they both get nose bleeds as a result, so their powers are connected in some way. But when the boy yells at Max telling her to say away from him and his power, this is reflected when Max does the same to Chloe later in the issue. They both feel like their power is the cause of all their problems and feel isolated from anyone else as a result.

Claudia Leonardi’s art in Life is Strange #6 should be commended for conveying intense emotion. So much of the issue is Max brooding over her situation, blaming herself and then her emotions boiling to the surface. Claudia lets the emotions come through via multiple silent reaction panels. Each of these panels gets tighter and tighter on Max as she has her emotional outburst.

This is aided by the fact that up until the ending between Chloe and Max, there seems to be quite a bit of distance between Max and whoever she is talking to. But when Chloe comes to consul Max, they are close together. The colouring is significantly brighter than the confrontation in which Max has her outburst. This, of course, all culminates in one of the silent reaction panels, but this time it is Max smiling. Claudia beautifully builds the emotion up and then uses the same technique to convey the exact opposite emotions.

Life is Strange #6 Is Hella Great

Titan Comics’ Life is Strange comic book series has turned out to be a wonderful continuation of the first game and its prequel. Wonderfully conveying the vibrant personalities of all the characters while telling its own unique stories. Life is Strange #6 is no different, with the focus on character, friendship, and emotions difficult to control, all the while building an intriguing mystery. I cannot recommend this series enough.