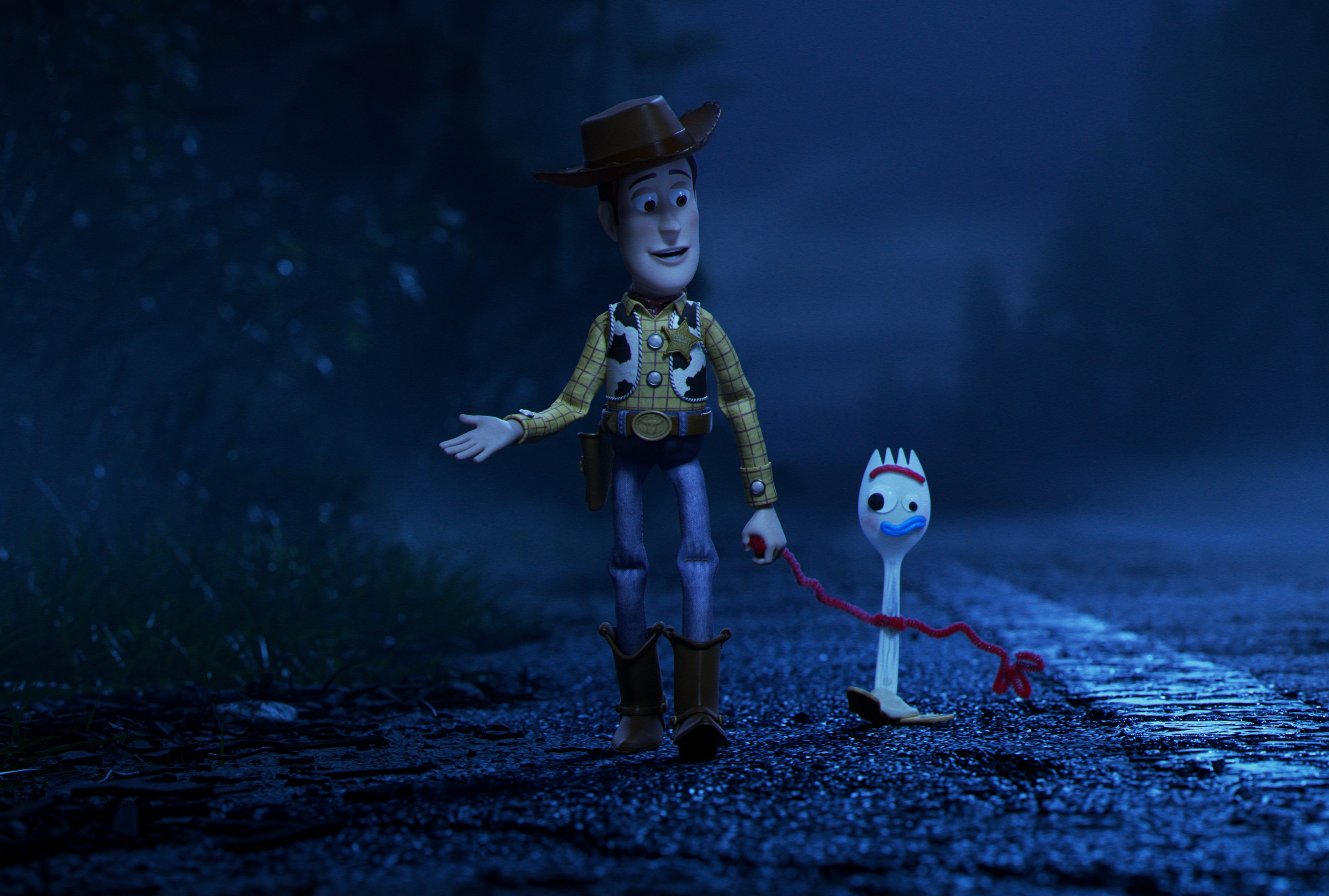 Is Toy Story 4 One Story Too Many?

Toy Story 4, coming out on June 21, is another in a long line of sequels that Disney has released in the past few years. Ralph Breaks the Internet was the latest of these unless you count the semi-reboot Mary Poppins Returns. Ralph may have met with some acclaim from critics but received mixed reviews from viewers, making it seem like it was more about Disney cashing in on our nostalgia than about quality storytelling.

Whether or not Toy Story 4 will have a similar reception is on many people’s minds. Do Woody, Buzz, and the gang still have a story to tell, or is this sequel just another way for Disney Pixar to rake in the dough?

The now beloved classic Toy Story tells the story of toys that come to life when their owners aren’t around. In the first movie, Woody’s jealousy toward Andy’s new Buzz Lightyear toy lands the two of them in a claw machine where Andy’s toy-abusing neighbor, Sid, wins them. Woody is terrified of the toys they encounter at Sid’s, but he soon learns that appearances can be deceiving. With the help of their new friends, Woody and Buzz are able to escape and return to Andy.

Toy Story 2 continues the story of Woody, Buzz, and the gang. While Woody tries to save another toy from a yard sale, a collector steals him to add him to a collection. Jessie, Bullseye, and Stinky Pete convince him that they are all better off as a collection. When Buzz and the others come to rescue him, he doesn’t want to leave. In the end, he is reminded that a toy’s job is to be there for his or her owner, and he convinces Jessie and Bullseye to return with him to Andy.

In the third installment, the toys face the prospect of being thrown away or forgotten. Andy is getting ready for college, and his mother tells him to donate his toys. After a mix-up, the toys refuse to return to Andy with Woody and decided they would rather stay at Sunnyside Daycare. The toys learn that Sunnyside isn’t what they thought, but when they try to leave, Lotso imprisons them. After they escape and return home, Andy gives them to Bonnie and plays with them all one last time.

The Makings Of A Sequel

In the past, Disney hasn’t always been the best at sequels. Straight-to-video sequels that most people did not want filled the 90s and 00s. Recent years have produced better results, especially the movies under the Pixar logo, but even some of those meet with mixed reviews. The question then is why some work and some do not. Sequels have been around for as long as the motion picture has and not always had the greatest results. Filmmakers such as Francis Ford Coppola and George Lucas set new standards for sequels.

Sequels are a continuation that adds something to the previous installment while remaining faithful to the story and characters. The continuation might include an unresolved plot, but it must include character growth whether the plot is complete or not. What many filmmakers fail to ask themselves is whether a movie needs a sequel. Bad sequels often destroy movies or series that are good or even great — looking at you, Jaws. In the interest of cashing in on a movie, filmmakers ignore not only what a sequel should be but also valid reasons for a sequel to exist.

Number one is that there is more story to tell, something is left unresolved enough to warrant a continuation. Another reason is that the characters or story universe have something else to offer.

If we look hard at the Toy Story series as it is now, we can get a clearer idea about whether or not Toy Story 4 is a necessary addition. Most people can agree that Toy Story 2 and Toy Story 3 are good sequels. They both follow the standard of continuation mostly through the growth of the characters. Toy Story 3 remained nominated for five Academy Awards, including Best Picture. However, just because the franchise is successful does not mean it needs to continue.

The first question is whether or not the franchise has a story left to tell. Of course, the answer to this is speculation and opinion more than anything else. As the story stands, there is almost nothing unresolved at the end of Toy Story 3. In fact, some people may say that the ending is a nearly perfect ending to the franchise.

Although the toys lose Andy, they gain Bonnie, and there is hope for a new life ahead. Others may argue that the toys passing to Bonnie opens up a new chapter to the franchise, but the bittersweet ending feels like an exclamation point, not a comma or an ellipsis.

I did say there is almost nothing unresolved at the end of Toy Story 3. One thing that does stand out to potentially annoy perfectionists everywhere: an almost throw-away comment about Bo Peep. This stands out because Bo is the only missing toy from the previous installments whose name the other characters mention. Then she isn’t mentioned again. While this quick, unresolved mention is annoying, it is not significant enough to warrant a sequel to resolve it.

And yet, the official trailer is chock-full of Bo Peep.

The next question is whether or not the characters or story universe have more to offer. Pixar has not officially confirmed it, but most people agree that all of Pixar’s movies take place in the same universe. Because of this, we can assume that the universe has more to offer. The answer to the characters, much like the story, are speculation and opinion, but it also depends on the writers.

Almost any established character can continue to grow as long as the right person is writing it. If Pixar’s writers can maintain the level of character development they established in the previous installments, then yes, they have more to offer.

One Story Too Many

Toy Story 3 is a great ending to the Toy Story franchise. While the characters may have more to offer us, it feels like Disney Pixar is using the toys’ transition to Bonnie as their owner and the unanswered questions about Bo Peep as justifications for a new movie that probably didn’t need to be made. Does Toy Story 4 have the potential to be good? Of course, it does. Pixar sequels tend to be good more often than not, but that doesn’t mean they are anything more than Disney Pixar’s way to use our love of the franchises and characters as a way to dip into our pockets.