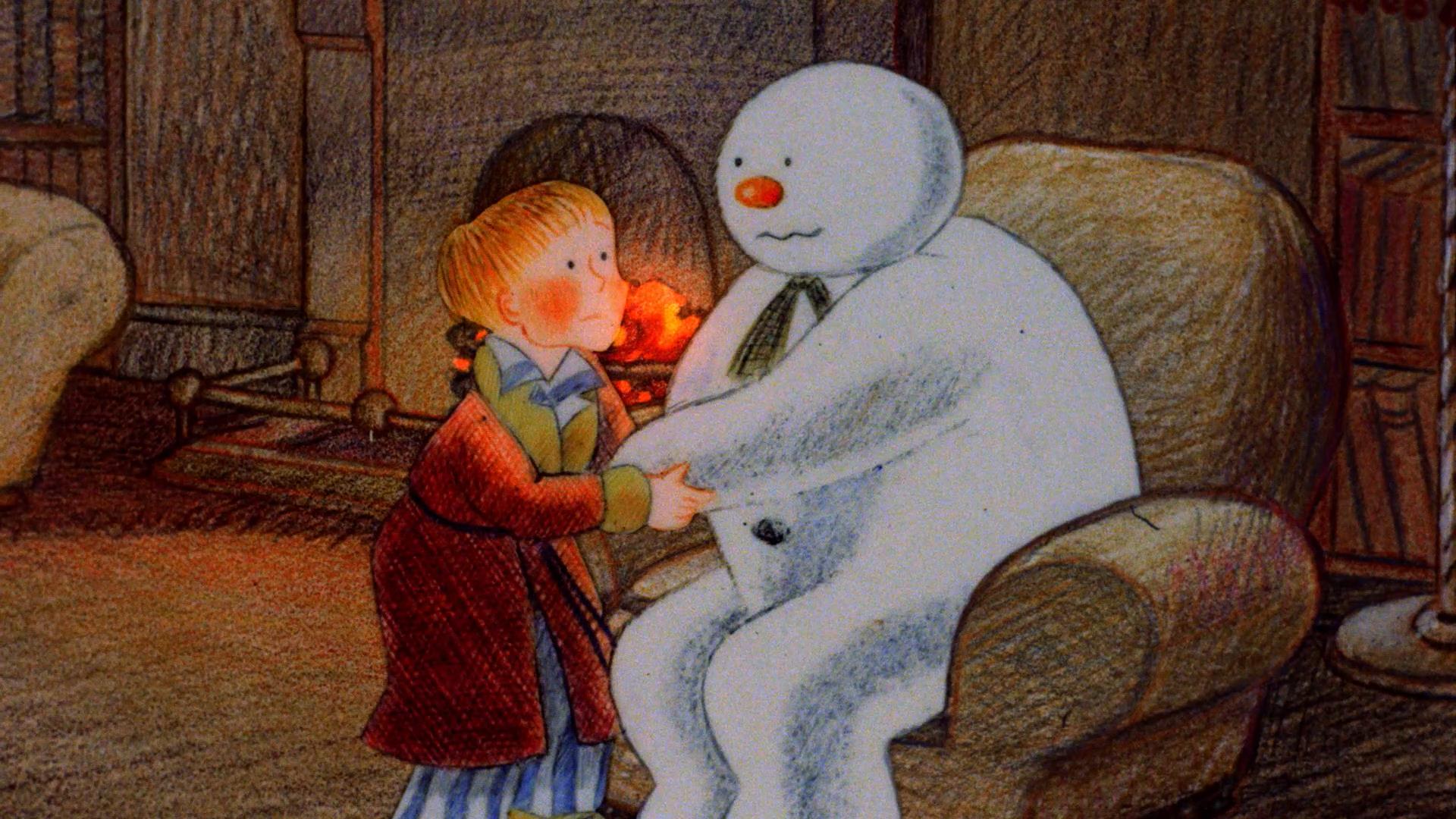 Is There More To The Snowman’s Wordless Words In “The Snowman?”

Now that Christmas is over it won’t be long before lights come down, decorations get packed away and trees are thrown out. These factors make the long winter months after the holiday season dark and dreary. Christmas, like a gust of solstice wind, leaves as fast it comes. The phrase “Life is short” can be a cliche saying depending on the context it’s used. But is it really short? Isn’t there a difference between living to the fullest and dropping dead at 50 than being miserable for 100 years? Does an impending doom really matter in the end as long as you were happy? This is one of the themes in the wintery, lonely and existential tale of The Snowman.

“The Snowman:” The Snow Mirrors The Story’s Theme

The Snowman is an animated holiday special made in 1982 based on a book by Raymond Briggs. It tells the story purely through music, pictures and vivid animation of a boy’s adventure with a real snowman. It takes place in the countryside, which the narrator describes as the “having the heaviest snow he’d ever seen.” The snow is symbolic of the tales themes because it’s a magical sight but hardly stays full past a day. Snow days involve no school with hot chocolate at home by a fire, but when the roads clear it’s back to reality.

This mirrors the fact that the Snowman character arrives and departs within a day. Not only is he significant to the boy as a companion, but as a teacher of loss, as he begins the process of mourning. There is a lesson in friendship here too, as the Snowman might be his first friend in life.

It’s implied that the boy lives in a desolate area meaning there are not many other kids to speak with. The fact there is nobody to play with foreshadows when he throws a snowball that accidentally hits the window. This represents a kind of internal emptiness as if reality hits him. Walking away with a sad drooping gait, he knows that playing isn’t fun unless you share it with others. We can see he’s independent, as he spends hours playing doing various activities in the snow and swinging on tree branches.

It’s not ideal, but it represents a form of adaptation that is likely common for people who live out in the country or the mountains. Building the Snowman represents a long-awaited companionship for the boy. This shows when he continually admires him from the window after his mother calls him inside for the night. He continually peeks outside at dinner and at TV time and sprints to the window in half-buttoned pajamas before bed. It isn’t long before he wakes up to see his friend has finally come to life.

The Snowman’s Tale Isn’t About Christmas

Watching the boy look at his friend is like watching a child wait for a loved one’s arrival. It’s as if he knows deep down that the snowman is special, or perhaps the possibility of companionship just excites him. Christmas Eve is associated with birth and many religions believe it to be the holiest night of the year. This spurs on during the haunting ballad “Walking in the Air” as the pair fly through the sky. And even though the story appears to take place on Christmas Eve, this animation isn’t about the holiday at all.

Between the gray skies, this gives the feeling that one of the themes is winter that follows the holiday season. After December 31st, dark bleary days take control until the first spring sprouts appear. In winter, nothing grows, trees die, plants die and people catch more illnesses. It’s both the brightest and darkest time of the year for these reasons. It appears that the snow people know of their short lifespan, which is why they choose to celebrate with the one night they do get.

The Time They Have Is Well Spent

The Snowman is just as childish and curious as the boy is. He spends time learning about gadgets around the house which infers that this is his first cycle of life. This proves what the story hints earlier, that the snow people have a one-night lifespan. He’s playful as a real snowman should be but yet he seems to know that he doesn’t have a lot of time.

This shows when the duo fly to a neighbor’s shed with a freezer so he can cool off, and as they leave, he looks upward towards the heavens with a serious yet determined expression. He runs outside briefly forgetting about the boy and when the snowman looks back, it’s as if he realizes the bond they’ve developed. What little time he has left he will spend with his best friend. He knows in the end that it’s the quality of the fun they have together that matters, not the amount of time they were given.