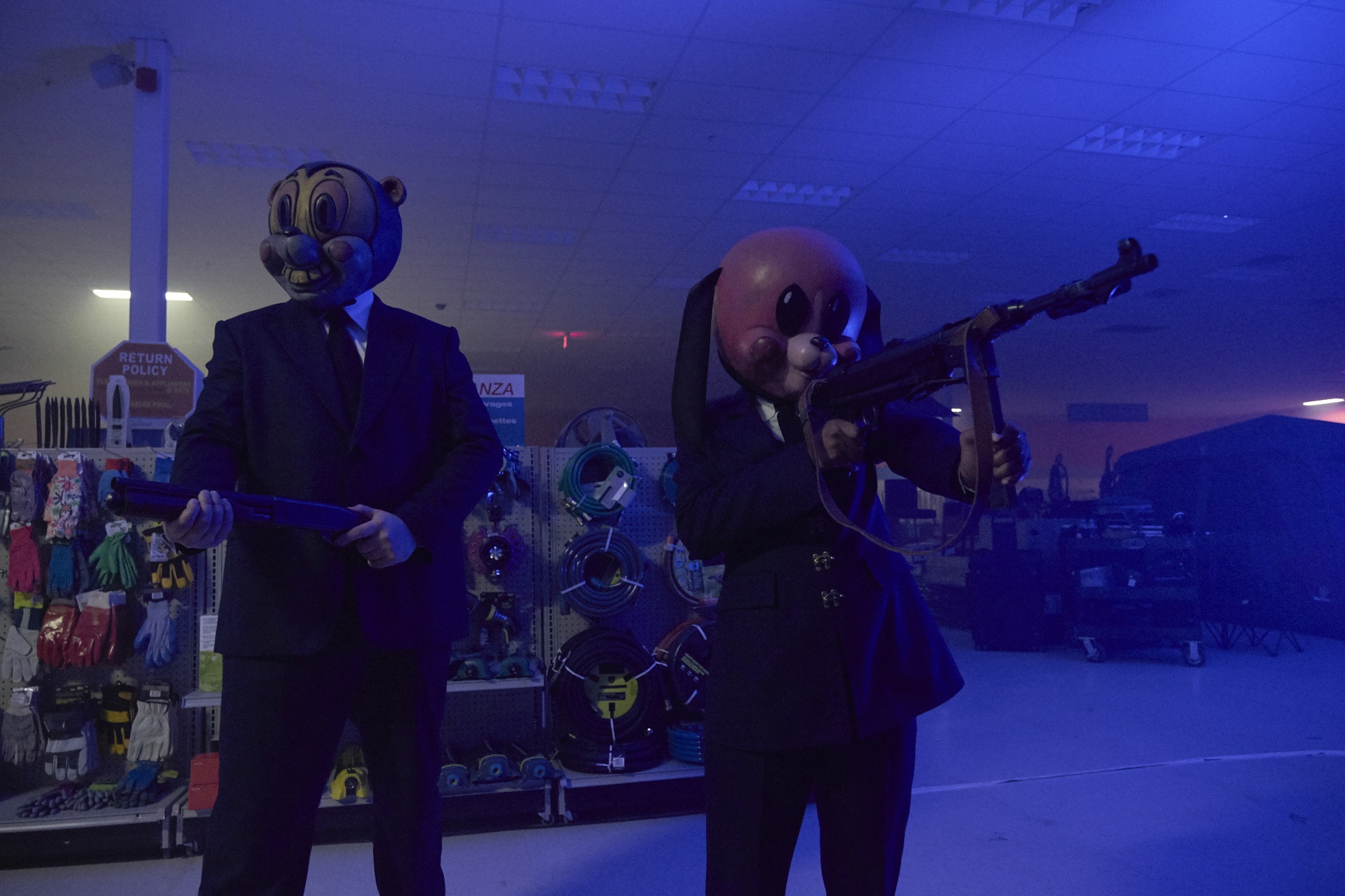 Is The Umbrella Academy The Next Best ‘Superhero’ Team?

The comic helmed by Gerard Way and Gabriel Bá under Dark Horse is now a live-action television series under Netflix with the same name: The Umbrella Academy. If you haven’t read the series — although you should — then you are in for a treat. The Umbrella Academy stars Ellen Page, Tom Hopper, Emmy Raver-Lampman, Robert Sheehan, David Castañeda, Aidan Gallagher, Cameron Britton, and Mary J. Blige. (What a call sheet, right?) Gerard Way and Gabriel Bá, in turn, will also serve as co-executive producers amongst a wonderful team of executives.

The Daily Fandom obtained screeners for the first seven episodes of the series. The series will have ten episodes in total. We will review, boast, compare it to the source material, and give an honest review of the series thus far. The Umbrella Academy is set to premiere on February 15th, 2019 at midnight on Netflix. Without further ado, let’s talk about The Umbrella Academy:

When In Doubt, Make A Super-Team?

If you have yet to begin the comic series — which is okay (it takes a lot of time to complete or continue with an ongoing series) — then we will give the general synopsis of the show. In 1989, on the same day, forty-three infants were born to random, unconnected women who showed no signs of pregnancy the day before. Seven of them were adopted by Sir Reginald Hargreeves, a billionaire industrialist, who went on to create The Umbrella Academy. A place where he prepares his ‘children’ to save the world. However, not everything went according to plan.

In their teens, the family split and the team disbanded. Now, six of the thirty-odd-number-something members reunite upon the news of Sir Reginald Hargreeves’ passing. Diego, Luther, Klaus, Allison, Vanya, and Number Five work together to solve the mystery surrounding their father’s death. Still, the family begins to, once again, unravel because of their distinct personalities and abilities. Oh, and not to mention the whole ‘global apocalypse,’ but that wasn’t that important.

I Think We’re Alone Now In The Umbrella Academy

Having context for the comic might help with a ton of the information they can’t convey in The Umbrella Academy. In the first episode, you get a general idea of how they were created, but you don’t get enough background of the characters that you would know reading the first volume of the comic. It is somewhat similar to Deadly Class; a long-standing comic series turned into a television show can only cover so much content within the first episode.

No matter how long the episode is, it is hard to cover the entire background that needs to be covered. The comic medium runs differently than the television medium. You can cover an entire year span under one issue, as opposed to television. You have an hour max to cover everything and leave out the minuscule details. In light of that, some details for new watchers/readers may be glossed over. In that case, I would say, read a few of the issues first and then watch the series.

What sells a show like The Umbrella Academy is the acting. By far, some of the best is happening in The Umbrella Academy. Going into the series, we didn’t expect much, considering the appeal of the comic characters and the actors. You can’t look very similar to the comic characters aside from appearance (i.e. big shoulders or a dysmorphia). However, a few of the actors truly embody their characters in the way they are acting their personality. The first one that comes to mind is The Séance played by Robert Sheehan. Nonetheless, this show is quite an adventure to watch. The cinematography is something special as well.

The Umbrella Academy does an incredible job with cinematography. Whether it is the surrounding settings, the characters, or going back and forth between time zones, the show showcases some incredible production. While we cannot say much about the show’s premise — we can affirm that the show is without a doubt something to watch when it is released on February 15th, 2019. Comic book shows are becoming some of the best shows to come out, whether it be on SYFY or Netflix, these shows are showstoppers. Keep an eye out for The Umbrella Academy.