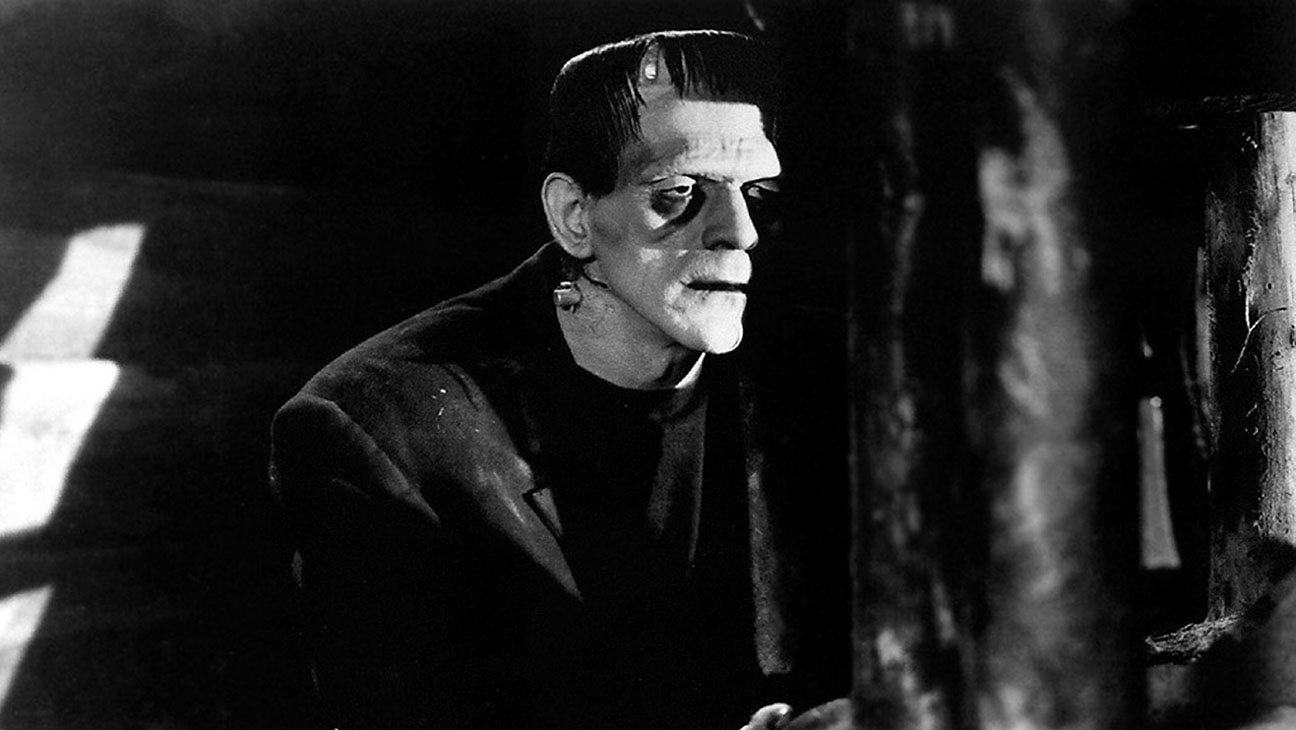 Is The Monster The Duality Of Fear?

The year is 1823. There’s a scream from the darkness of the road you walk. You stop, frantically searching for the wooden stake you always have with you. You know what that scream is, another victim. Your breathing gets heavy and fast. You can’t find it. You’re shaking, imagining its fangs diving lustfully into your neck. You keep searching, beginning to sob out of fear. The monster comes running at you from a few yards away. You scramble through your bag, more desperate than ever.

AHA! You find it!

Just as it reaches you, you jab the creature in the heart. You can’t believe it. You survived. No one ever survives these attacks, at least no one you’ve ever known. Imagine living in a world where vampires are your biggest fear. If not vampires, maybe zombies, or even clowns. Something as scary as a plane crash, or a level nine Earthquake. A thing that leaves you trembling at the thought of it really happening to you: a real-life monster. Can you imagine what that life would be like?

I’m not talking about the kind of fear that happens when you watch scary movies or don’t like walking around without the lights on. No, I’m talking about the “monster,” an embodiment of our most horrifying fears. Today, you might know them the best from literature or films, such as Bram Stoker’s Dracula, or Frankenstein. While these names are well known, how many of us stop to consider where these monsters actually came from? Were they really the “bad guys?”

More Human Than Not?

We begin with the king of monsters: Godzilla. At first glance, it’s apparent that he terrorized the Japanese people with his limitless destruction. After WWII, he was born as a clear representation of nuclear power and its effect on human beings. After the bombing of Hiroshima and Nagasakiin, the people of Japan were deeply wounded and rightfully fearful of such war travesties.

There is no doubt among scholars that this was the birth of Godzilla. Yet, there are moments throughout Godzilla’s life when he showed characteristics of being a more benevolent creature, even defending humans in later films. From villain to defender, he showed the spectrum of his heart. Thus, the question reveals itself: can someone do monstrous things and not be a monster?

We see this moral complexity prominent in another monster, one that has only recently made an appearance in our horror culture yet existed long before you or me, the clown. Before its more popular monster persona, clowns were people who put on ridiculous costumes and makeup to bring their audiences comedic entertainment. They performed for elites, were a part of circuses, performed at children’s birthday parties (some still do). So what went wrong with our comic-relieving clowns?

Well the truth is, they’ve always had a duality. In an article, “The History and Psychology of Clowns Being Scary,” Linda Rodriguez McRobbie claims clowns have always had a dark side to them. They were

“characters who reflected a funhouse mirror back on society; academics note that their comedy was often derived from their voracious appetites for food, sex, and drink, and their manic behavior.”

So what does that mean in regards to clown’s symbolism? Is it that clowns are too accurate a representation of our world today? From our social media platforms to our fast fashion trends, we’ve become immensely involved in our own image. I can see why holding a mirror up to that truth could be pretty terrifying.

Like clowns, zombies have quite the story. Archaeologists in recent decades have uncovered graves with huge stones used to pin down skeletons of those deceased in Ancient Greek society. It’s theorized they did this to keep the corpses from reanimating themselves. Is this one of our first accounts of zombies? There’s no evidence of further life-deceased people until a while longer.

According to The Undead Eighteenth Century by Linda Troost, zombies in the 1600s were described as a little less bloodthirsty than our friends from The Walking Dead, with descriptions of them similar to ghosts and monotone spirits. From the fear of loved ones waking from their eternal rest to anti-social ghosts, can we even call this creature the same monster? Though, the most well-known origin is from Haiti. In the 1700s, the zombie was a being created as a story to represent the tortures of life the West African Slaves suffered. The zombie, a slave in of itself, is trapped forever in its skin, unable to escape the terror of life. In each of these accounts, the zombie was a creature that existed outside the norms of natural life; a true embodiment of the “living undead.”

It’s apparent that this fear of being trapped in our conditional experience of living has existed for thousands of years. Is it them we fear, or this condition? Can we blame them for seeking their natural needs? Perhaps the fear of becoming a zombie is more of a monster than the zombie itself.

Do Vampires Want To Live Forever?

From what I’ve gathered, vampires aren’t a huge fan of immortality. The vampire, similar to the zombie, is one of the most complex monsters to walk this Earth. While Dracula is a headlining monster, the archetype of the vampire is much grander. There are theories and origins that have come from a variety of places. Though truly, no one knows exactly where the vampire came from.

The most well-known beginning of the vampire originated from Vlad the Impaler. His name is a tribute to the horrible truth that he was fond of impaling his enemies. Due to this, it was rumored among the people of his time that impaling a vampire through the heart was the only way for it to die. The infatuation of biting into a victim’s neck, however, didn’t come about until the middle ages when the Black Plague was on the rise. The disease left bloody mouth lesions on the deceased, leaving survivors to speculate on what was the cause.

By doing this, the vampire gained its most infamous characteristic, drinking blood. Though, interestingly enough, the immortality aspect of the vampire came about due to the excess amount of grave robbers. The family members of the deceased assumed resurrection as the only rational explanation, as what else could explain unpacked dirt from the graves? Living forever may have seemed amazing to mortals. Sadly, today, it’s been exposed as one of the cruelest aspects of a vampire’s life. Edward Cullen, one of the most famous vampires of recent history, expresses to Bella once in the book/movie series, Twilight, of the wish to grow old. I thought everyone wanted to live forever…

The Same Story For Two Names

From what I’m gathering, immortality may not be the only thing zombies and vampires have in common. Not only do they both require human flesh for nourishment, but they also require it to the detriment of their victim. Every bite they take passes on the cure-less condition they suffer.

The difference, I suppose, is that our (modern) zombie is a lot grosser and less-intelligent than its counterpart, the vampire. Though their similarity is evident. They both represent our looming unease of existing as something beyond life and death at the expense of those we love (other human beings). Unlike other monsters, vampires and zombies are much more like us than they are different. These creatures take on the aspects of ourselves we choose to reject; suffering, animalistic tendencies, violence, lust…etc. Edward Cullens reminded us all along the way, with his sparkling skin, and dramatic exits, that maybe they don’t want to be our monsters after all.

If Monsters Come From People, Are People Monsters?

There is another monster that never deserved the title of the monster. One that truly was the embodiment of fear: the witch. In today’s online dictionary, it defines a witch as “a woman thought to have magic powers, especially evil ones, popularly depicted as wearing a black cloak and pointed hat and flying on a broomstick.” Since the 12th century, it is estimated that at least 50,000 alleged witches were executed in Europe. However, many have theorized that the amount acclaimed is only a fraction of the actual number. Now this monster was obviously a lot closer to being human than a giant lizard-like Godzilla. Besides people being afraid of a woman’s power in a patriarchal society, the witch is said to symbolize the cruelness or darker aspects of the natural world.

Our fear of this monster led to tens of thousands of deaths of people who were never monsters at all. Like zombies or vampires, witches too are simply a manifestation of what we humans are afraid of ourselves. For that’s all monsters like Godzilla or Edward ever really wanted, to be seen for their humanity and duality. Today, we don’t give monsters a second thought. We watch movies about them and dress like them for Halloween, but as for fearing them, why would we? We’ve obviously debunked their ridiculous powers and found their historical origins. We’ve conquered the world, right? I hate to be the one to admit it, but I fear the things we fear are still here. What if we’re the monsters after all?