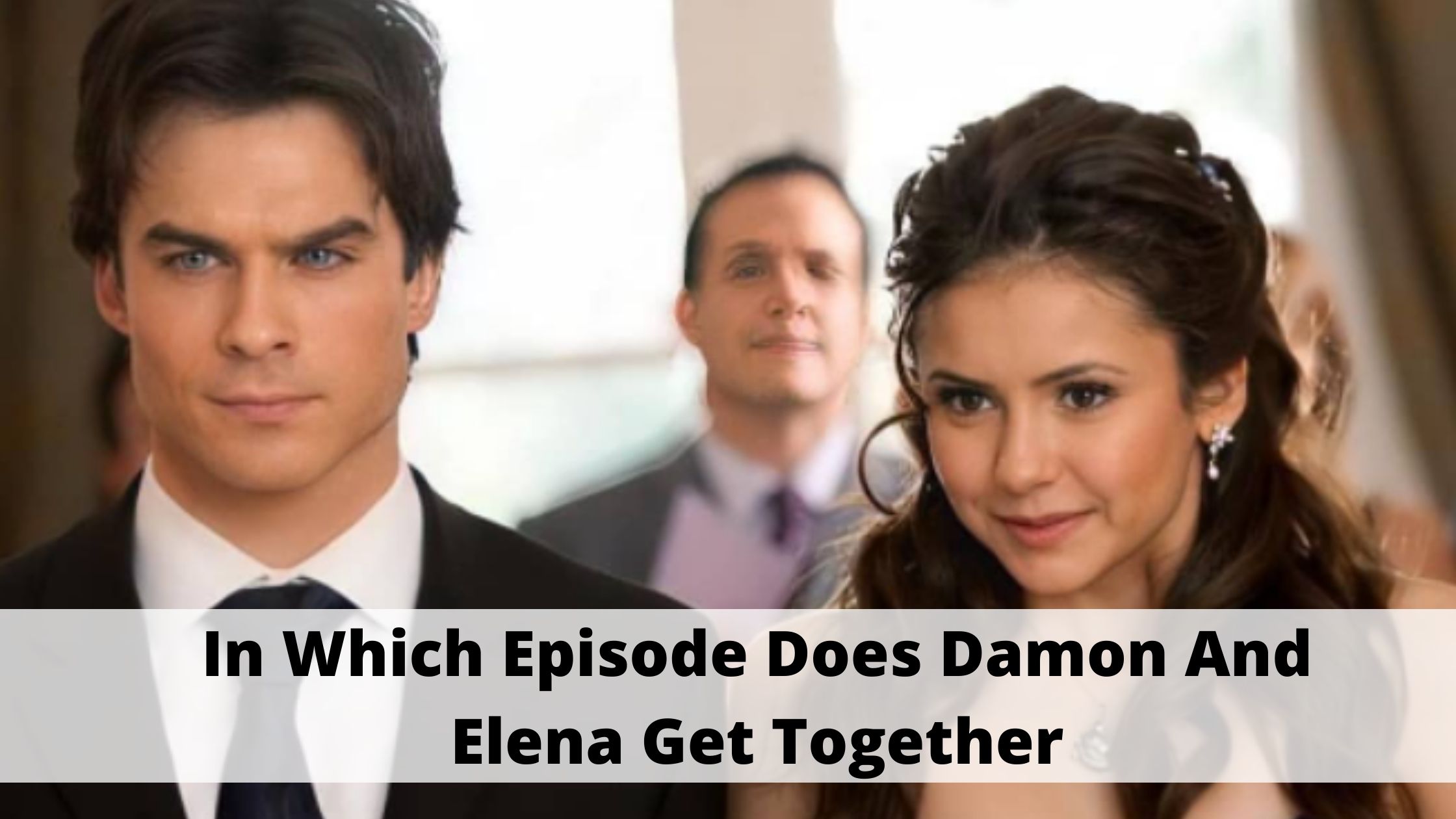 Damon and Elena’s relationship is one of the major talking points of The Vampire Diaries even today. Delena shippers hoped that the pair end up together since they saw the change that Elena brings in Damon. It was well worth the wait.

In Which Episode Does Damon And Elena Get Together?

We see Elena and Damon’s relationship flourish in season 3 when they work together to help Stefan and save him. By the finale of that season, Elena chooses Stefan over Damon although she is aware of her true feelings for Damon.

But instead of coming to terms with her feelings, she suppresses her feelings and decides to stay with Stefan.

When does Damon confess his feelings to Elena?

In episode 8 of season 2, Damon tells Elena that he loves her. However, he uses his vampire abilities to compel her so that she forgets he ever admitted to being in love with her. During the second season’s finale, he kisses her and doesn’t compel her to forget it thereby confessing his love for her so that she knows.

Which episode does Damon and Elena get together?

In episode 7 of season 4, Damon and Elena get together and become a couple after Elena breaks up with Stefan. She confesses her love for Damon in the same episode and tells her he was the reason why she broke up with Stefan.

Does Elena love Damon because of the sire bond?

Everyone has doubts that Elena’s attraction to Damon is simply because of the sire bond. However, in episode 23 of season 4, she realizes her feelings for Damon are real and have nothing to do with the sire bond.

This time, she chooses Damon once and for all because she realizes she loves him.

When do Elena and Damon get closer?

Damon starts to care for Elena when he takes her on a road trip in season 1 episode 11 after her accident. In the same season’s episode 11, we see Damon filling in for Stefan when he doesn’t show up to the pageant.

Their bond grows even stronger in season 3 when they spend more time together trying to save Stefan.

When do Elena and Damon first kiss?

Elena first kisses Damon in the season 2 finale as she thinks Damon won’t make it due to the werewolf bite.

In episode 10 of season 3, Damon kisses her although she is still with Stefan she doesn’t resist which indicates her true feelings for Damon. Elena and Damon’s first kiss as a couple takes place in season 3 episode 10.

When do Elena and Damon get married?

In the finale of season 8, which is episode 16, we see Elena reunite with Damon. We see glimpses of her and Damon holding hands whereby her wedding ring is shown. This suggests they get married and live happily ever after.

What made Damon love Elena more than Katherine?

Damon was in love with Katherine and he tries to free her from her tomb only to find out that she is out of the tomb. She comes back for Stefan and this is when Damon realizes she loves his brother.

Damon initially hates Elena but he slowly falls in love with her. He falls head over heels for her even though she was with Stefan at that time.

Why does Damon agree to take the cure with Elena?

In episode 20 of season 6, Elena tried to discourage Damon from taking the cure with her because he will miss out on a lot of things he truly enjoys. Although Damon loved being a vampire, his love for Elena was more important to him.

Ever since Elena expressed her wish to turn into a human, he wanted to be with her and grow old with her.

What happens when Elena loses Damon?

The season 5 finale showed that Damon passed away. But in fact, he is trapped in the prison world with Bonnie. As Elena is unable to cope with the loss, she asks Alaric to erase her memories so that she can go on with her life.

After that she forgets that she ever loved Damon and returns to think that he is a monster.

How does Elena get her memories of Damon back in season 6?

The transition from vampire to human facilitates the removal of all compulsions. This returned her memories and feelings for Damon for good.

How come Sybil is unable to erase Damon’s memories of Elena?

Sybil tried to trick Damon into thinking he was in love with her instead of Elena. Due to the strong connection and love between Elena and Damon, Sybil didn’t succeed in her endeavor as Damon was able to recollect the truth easily.

Damon’s one true love was Elena and Sybil’s inability to manipulate him regarding Elena shows he was madly in love with Elena.

Why do Elena and Damon fight so much?

Elena and Damon constantly fight and their relationship is far from perfect. They disagree on a variety of topics which is why they fight.

While Damon impulsively makes decisions, sometimes at the cost of other people’s feelings, Elena takes her time to process and decide. This often causes problems between the two but they eventually come to peace with their differences.

Is Stefan bitter about Damon and Elena’s relationship?

Stefan is mature when it comes to Elena dating his brother and choosing Damon instead of him. Initially Stefan is heartbroken about it but he eventually realizes that Elena is right for Damon.

Elena’s love for Damon makes him nicer and better because she is supportive and caring. Stefan cares more about Elena and Damon’s happiness which is why he comes to terms with the reality of their dating.

Or So the Story Goes is a webseries that puts a dark modern twist on classic children’s tales. Written by Melissa Malone and Theresa Labreglio and directed by Theresa Labreglio. The series is directed towards teens and is “perfect as a gateway for young adults (and adults alike) to dip their toes into the murky waters of horror“. The… 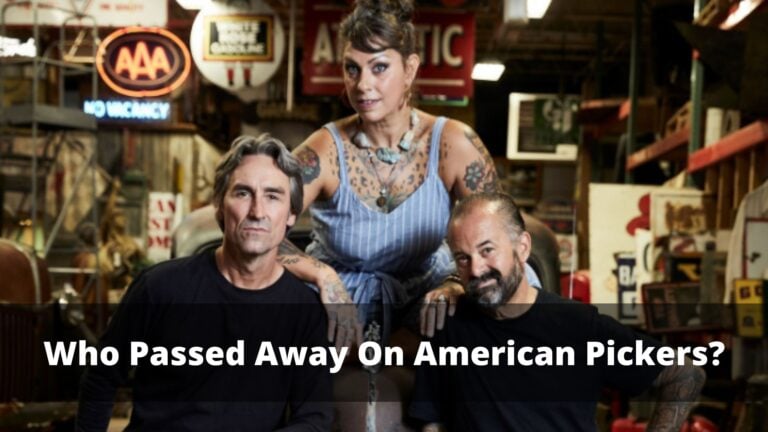 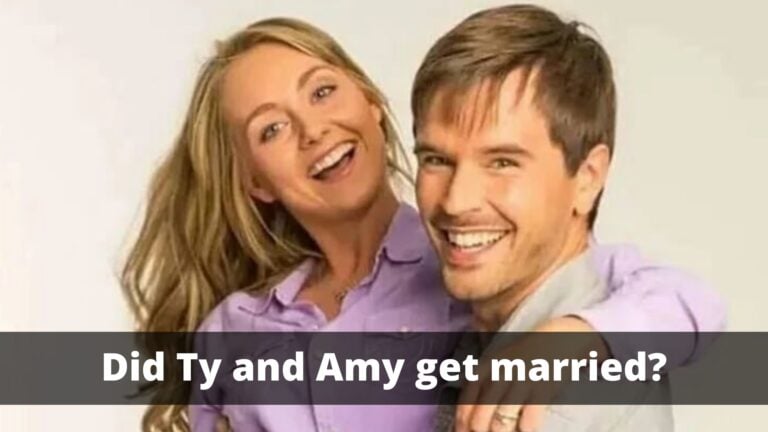