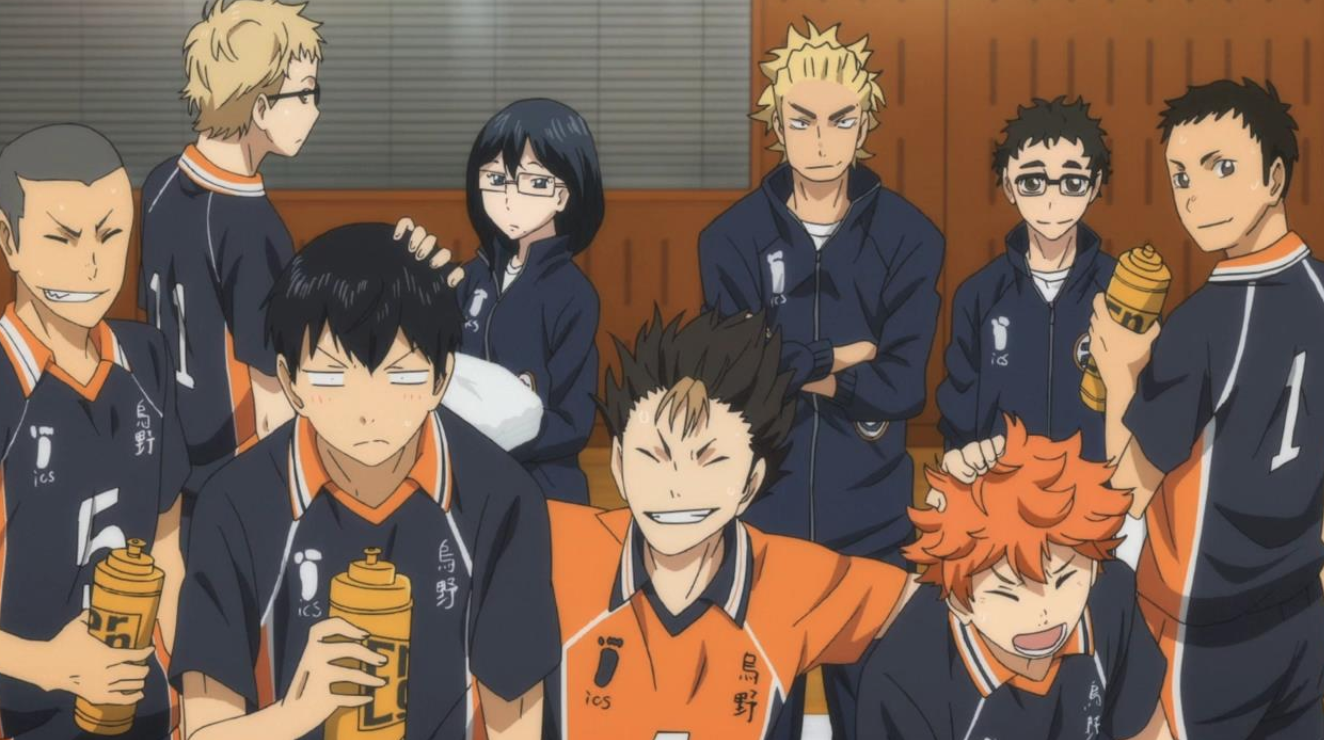 Have you ever found yourself ten episodes deep into a sports anime before you realized you have no liking for the sport itself? Perhaps the notion of teams running around trying to score points never really had you on the edge of your seat. Yet, somehow you still ended up clicking “next episode” to continue the animated match you’re in the middle of watching. You’re not alone, and it’s not a sudden interest in sports, but classic film techniques that have you hooked on that sports anime you just can’t live without.

In the stands of sports games, there are thousands of people squished in hard, uncomfortable plastic seats waiting to witness the moment their team scores a winning point. A child begs their parent for a drink in a special cup that adorns the team logo. The couple shared another kiss, displayed on a large LED screen for all to see.

Why? Why do sports fans have such a love for the game that they tie so many aspects of their lives to it? Research shows that fan’s strong connection to a sport becomes apart of their identity, as important as their gender or nationality. This is attributed to the nostalgia of their youth. This deep-rooted affection for the sport can be respected, but not felt by everyone. However, in some ways, creators of sports anime have non-sports fans feeling it a hint more than they typically would.

The Essence Of Sports Anime

Sports anime isn’t wholly concerned with only the game, but it does play a driving force in the shows. Every episode is circled around practices, games, victories, and defeats. There is no point where the game is completely avoided. In fact, the characters themselves are the biggest sports fans. They hold it as close to their hearts as the sports fanatics we know around us.

The aspect of sports anime that have non-sports fans coming back is simply the story. While the game provides motivation, it is the pursuit of success and happiness that keeps viewers coming back. Fans are excited to see one’s favorite character win, but even more so to understand the meaning of the victory. That experience is what sets sports anime apart from sports themselves.

In order to portray these stories that keep viewers on their toes and whelmed with emotions, creators employ certain valuable techniques that have been used in film for years. For the purpose of this article the beloved volleyball anime Haikyuu!! will be the topic of dissection.

You can most likely recall an instance in a movie where a character was crying. In this scene you notice tears, and can you picture just how much of their body was shown? In such an intimate moment as weeping the audience will only see the head of the actor, focusing on their face. This frame is called a close-up — dramatic and expressive to the point that it pulls at our heartstrings.

Haikyuu!! employs this technique like all sports anime. Fans all know the focus Hinata has when going against a wall of blockers. His face morphs into a daze with one goal in mind: succeeding. The most important close-up comes when it zooms in on his eyes. In his eye you can see a hand that becomes a looming obstacle, plotting his defeat. The reflection in his eye brings out an understanding of Hinata’s thoughts and feelings — determination, desperation, and anticipation.

For viewers, understanding just how much Hinata wants his spike to succeed creates a connection that pulls us through several more episodes. Suddenly, you feel yourself routing with actual earnestness for Karasuno’s team. Placing a weight on the characters actions, by giving us insight through camera angles, there is a sudden air of importance. It is important that one team wins over another, and it is important that we know the outcome. Somehow, we’ve been transformed into one of the spectators of a sports game.

The Sound Of Sports Anime

What could possibly connect viewers more to these animated characters? Well, the music of course! The technique most utilized is that of manipulating sound to not only tell viewers how to feel but elicit a specific emotional response. In horror movies, the use of silence is employed to make the audience jump in their seats when a loud noise goes off. This is the same for sports anime except its purpose is to create tension. Take the first match between Hinata and Kageyama, there are two types of sound.

One is the music set for the match, building up the energy with a fast strum of an electric guitar, before Hinata spikes. The second is the use of silence when the toss is fumbled and the fate of Hinata’s team hangs in the air. The silence lays the foundation for the effect of the music. The sequence of these two sounds guide the audience on how to react and is successful as we occasionally find ourselves elated or disappointed at the outcome of a game.

In a sports game, there is music playing in the background, but that music isn’t suddenly turned off during an important play like in sports anime. Silence plays a big part in what makes viewers react as fans to animated sports teams instead of living ones. When the music leaves, viewers can find themselves holding their breath, but when it comes back is when they can react to the outcome. By manipulating sound, the anime creates a physical reaction that viewers don’t typically feel associated with sports. Sports anime gives them this thrill, and since people like it they continue to return.

One last technique which is less subtle in comparison, and focuses more on the story, is the use of flashbacks. Flashbacks give information about the past so that we may better understand the situation in the present. This technique is one specifically building stories around characters that could otherwise be seen as secondary. Oikawa, for instance, could be just another rival with great skill, but his flashback of noticing Kageyama’s natural genius hinted at jealousy, and a growing need to prove himself as better. Sure, there are scenes showing Oikawa’s playful nature, but the use of flashback creates a deeper emotional understanding for viewers. These personal agendas create even more tension in a game, pulling audiences in different ways as they figure out who they really want to win.

Oikawa has trained his mind and body so hard, but Kageyama has come so far from the king he used to be. How could one choose? Utilizing flashbacks creates another connection between viewers and their beloved sports anime, a more personal one. In a way the viewers are somewhat living inside the anime emotionally, forming opinions on characters. Since audiences understand the feeling of jealousy they can understand Oikawa’s need to prove himself. In routing for his success viewers are also cheering for any moment they’ve needed to prove themselves. In this way, it can almost be therapeutic to become a sports anime fan.

So, What Does This Mean?

In a sports game, the closest you get to a player is a half-body camera shot. Unless you’re a sports fanatic you most likely don’t feel any connection. The intimacy of sports anime extends itself to us, making non-sports fans gain a sudden fondness towards a game they never batted an eye at. You’re probably not going to be hitting spikes or kills anytime soon, but the strength of teamwork can be appreciated. Also, the creators know just how to play with our emotions so that we keep coming back for more.