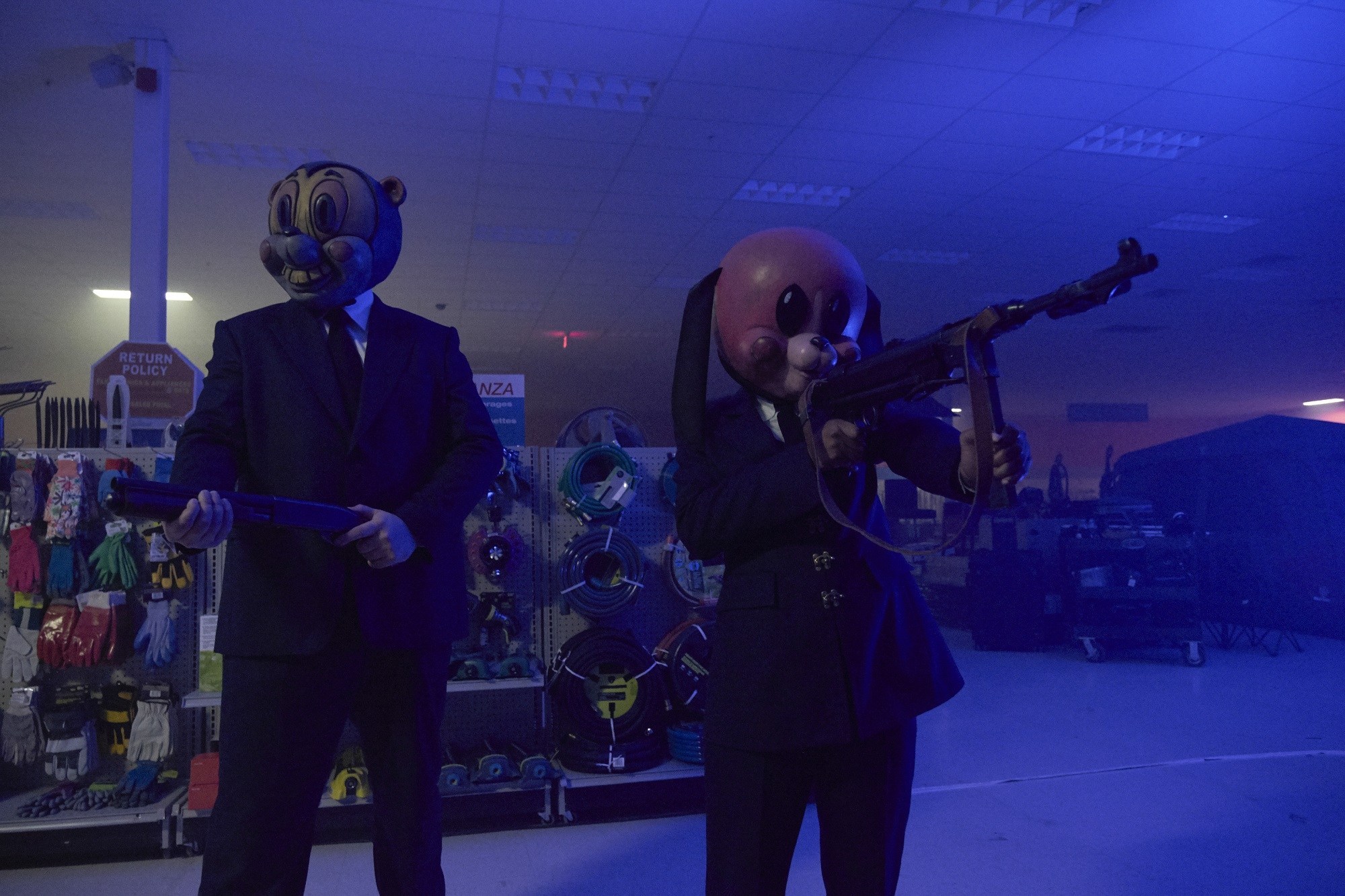 How Music Shaped The Umbrella Academy

The music of The Umbrella Academy is more than your usual superhero soundtrack. Composer Jeff Russo and producer Steve Blackman brought engaging scores and catchy throwbacks to support and shape the show as a whole. Though some of the scenes are naturally , the show does not shy away from its apocalyptic themes. Joining upbeat music with these scenes keeps viewers from becoming overwhelmed with violence. It also adds to the understanding that this is still a comic book adaptation. At times, the music and visuals are diametrically opposed. However, The Umbrella Academy couples the two utilizing natural and physical cues and in-fiction playlists.

While practicing for her orchestra audition, Vanya plays Gigue from Partita No. 2 in D minor by Bach. This is a standard song for a classical violinist to know and thus a familiar tune for players. This gives string player viewers a special bond with Vanya and her plight. Gerard Way‘s contribution to the show’s incredible soundtrack should not go unnoticed. The original creator of The Umbrella Academy comics, he was featured in several songs on The Umbrella Academy. These include Happy Together in Episode Seven: The Day That Was and the final credit song “Hazy Shade of Winter,” featuring Ray Toro.

Each episode has multiple music scene combos worthy of admiration. Here are a few highlights that strike particularly resonant chords.

Though the theme haunts the episodes, it also draws viewers to root for each of the characters. The theme features the violin and foreshadows Vanya’s talent. Violin arpeggios drive it forward as well as providing a heart-grabbing melody. The violin hints at the climactic season finale but then morphs into a superhero-esque medley. The rallying theme is energetic yet dark enough to encompass the show’s heavier themes.

Phantom Of The Opera Medley

Vanya’s opening solo lays out the “Phantom of the Opera Medley” by Lindsey Sterling. The song starts with Angel of Music and builds to The Phantom of the Opera as we meet the siblings. The medley introduces Luther waking up on the moon and pulses through Diego, Allison, and Klaus’ lives. It moves through melodies as each receives news of their father’s death. The song ends abruptly on Vanya’s title card as she performs in an empty concert hall.

In another nod to Vanya’s journey, viewers are drawn in by a familiar melody. Filled with surges of energy and tranquil passages, the song evokes a broad range of emotions. This helps catch viewers up on essential backstory. It sets the tone for The Umbrella Academy and prepares us for the journey ahead.

The dance scene in Episode One: We Only See Each Other at Weddings and Funerals is a heartfelt depiction of the siblings jamming to Luther’s record. Allison twirls a boa and Klaus flails about with his father’s ashes to the beat of the music.

And as Diego demonstrates the running man and Luther does an impressive crab impression, they dance like no one is watching. Each spontaneously lets loose and dance alone as they deal with the loss of their father. Being together again rekindles memories of good and bad experiences. But despite it all, they feel free to be themselves while displaying a bond that music brings out

Don’t Stop Me Now by Queen

The song is somehow the perfect backdrop to fleeing masked assailants with your mannequin girlfriend. Positioned in the aptly named Episode Two: Run Boy Run, the action paired with the classic power song makes it feel like a music video.

Using split screens and gunfire as lighting, the ambiance is tense. The action is starting to show the peril the siblings are in. The creative cinematography solidifies the scene as unforgettable.

Happy Together by The Turtles

The Gerard Way and Ray Toro collaboration covers the classic Happy Together for the scene.

The iconic song pairs with Number 5, Luther, Diego, and Klaus confronting Hazel and Cha Cha. As Hazel and Cha Cha shoot in anger, the ice cream truck’s jovial decorations chime with the song’s lyrics. The whole scene comes on the heels of Number Five’s key decision to return to the agency. This makes the ensuing scuffle almost unnecessary, thus revealing the genius of the song choice. Because this scene is of people not being happy together, it is even more memorable.

Dancing In The Moonlight by Toploader

Dancing in the Moonlight appears in a few movies including Guardians of the Galaxy and A Walk to Remember. But the song still uniquely accents Luther and Allison’s relationship.

One of just a few quieter, romantic beats in the series, viewers get to bask in the twirls and mellow lyrics. In a sweet mini music video, the dance gives depth to their recently introduced romance. Since the song bridges the relative newness of the relationship, it helps viewers to root for the kiss at the end. And though it occurs in The Day That Wasn’t, that spark is still there to be explored.

Exit Music (For A Film) by Radiohead

The song is at the end of Episode Seven: The Day That Was Connected the sibling’s plight with the troubles Hazel and Cha Cha are facing. Often in films, we don’t root for the assassins trying to kill the protagonists. But The Umbrella Academy shows the human side of our bad guys and hints at Hazel’s eventual decisions. With the siblings’ lives filled with turmoil and Hazel and Cha Cha abandoning each other, the exit music rounds out the episode. It also helps viewers contemplate the many threads the story presents.

Soul Kitchen by The Doors

Soul Kitchen provides a rich and fitting soundtrack for us to discover and cherish Klaus’ relationship with Dave. Though light and pretty 60’s, it is a backdrop to both the horrors of war and a blossoming romance.

The pairing brings viewers on a short yet sweet trip that outlines a bright spot in Klaus’ life. The relationship eventually inspires Klaus to get clean if only to be able to commune with Dave again. Though just a few moments longer, this soundtrack is one that does not oppose the content it backdrops. Perfectly matching the lyrics to the plot, the song gives Klaus and Dave time to dance into viewers’ hearts.

The melody lays the groundwork for Vanya’s ultimate transformation into the White Violin. We hear the orchestra rehearse the song in Episode Three: Extra Ordinary but not in full force. It starts out haunting and slow but ramps up into intricate cadenzas and powerful ballads. These aspects come to full fruition as Vanya transforms into The White Violin.

Even without the on-screen power manifestation, the music fills viewers with the intensity of the scene. While the siblings don’t prevent triggering the apocalypse, they are pushed to work with each other’s unique strengths.

Music For The Umbrella Academy: Season 2

Whatever Season Two of The Umbrella Academy brings, we hope the soundtrack is just as captivating as in season one. Since time travel is a main component of the series, throwbacks from all eras are fair game. This widens the appeal to audiences across age demographics and musical tastes. Vanya and her violin will surely stay at the center of the series. But perhaps the soundtrack will evolve as the ‘ journey through time and talent.