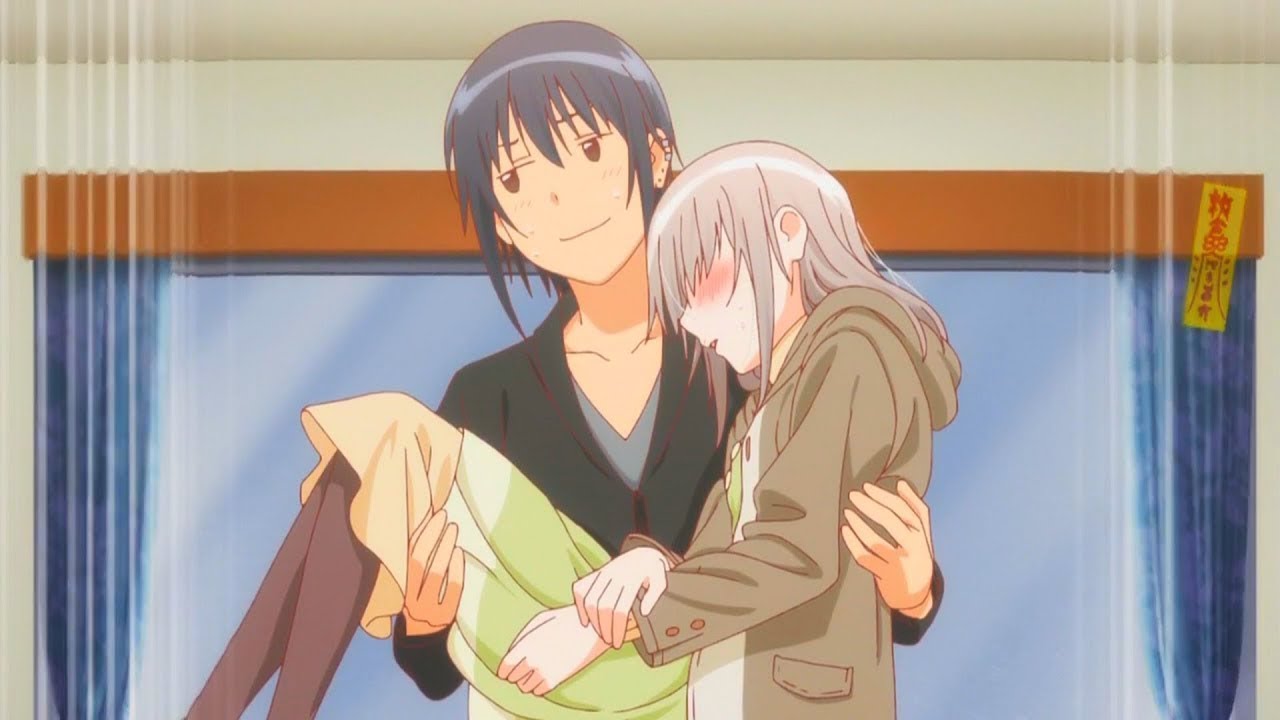 How Do You Make Slice Of Life Remarkable?

Making slice of life remarkable is hard. Slice of life is one of those genres that tries to make memorable stories out of the everyday. For example, high school life, growing up as an adult in the modern world, or being in a band with your friends (think of anime like K-On) are all plots that fall under the slice of life umbrella.

With all that out of the way, let’s compare slice of life to the anime genre that is its polar opposite: Shounen.

Slice Of Life: The Yin To Shounen’s Yang

In the world of anime, how many prolific shows come from shounen? From what I’ve seen, shounen thrives on the bombast and the spectacle of animation. Whether it’s bright blue Kamehameha lights from Dragon Ball Z or the sound of a good, old-fashioned fighting tournament arc fistfight, shounen like Hajime no Ippo and Yu Yu Hakusho are made by the quality of their action scenes and theatricality. The thing is though, slice of life doesn’t need any of that. My Anime List sums it up best with this quote from their “Top 20 Best Slice of Life Anime of All Time.”

“With slice of life anime, it’s possible just to sit back, relax, enjoy the well-written characters, and giggle at their antics as they live their (mostly) normal everyday lives.”

With that concept of less is more in mind, Rough Sketch Senpai is a slice of life gem. Megumi Arashi, a delinquent girl turned model, spends most of her days modeling for Seishi Eda, an art otaku and freshman with possibly the most intense stare in the manga. However, instead of being an otaku for manga or anime, he’s a Renaissance art otaku. This guy has an encyclopedic like knowledge of Renaissance artists, art and compositions. In fact, the vast majority of this slice of life focus’s on Eda’s mania redrawing Renaissance paintings with Megumi as the model.

As seen in chapter 2, Eda has Megumi mimic the pose of Gustav Klimt’s “Danae” nothing remarkable about that right? Well, it’s not necessarily the scenario which in and of itself is remarkable. Compared to the premise of saving the world this set up seems mundane. However, that’s not what drives the story of a slice of life forward. It’s the art style and character interactions that make this manga so good.

For example, let’s turn our eyes to Kaoru Mori’s Emma. It’s a historical slice of life manga about Emma, a young maid in love with a very rich and upstanding Mr. Williams. Separated by the pride and prejudice of their economic standings, the two of them have a lovely slow-burn romance over the course of the manga. It’s not remarkable, right? The premise isn’t anything like Game of Thrones, yet the story is compelling through the character interactions.

The summary here is short, I know. Thankfully you can read up Estefania Sabalone’s rundown on volume one for an expanded look. As an aside, Emma is a brilliant read and I can’t get enough of it.

Part of what makes slice of life so appealing is that, rather than being remarkable, the characters are relatable. I don’t model or pose like Megumi does in this manga, but I still feel conscious about how I look. It’s kind of funny because Megumi in chapter 11 spent the whole time worried about her appearance. It might not be the same but I too want to be confident in my appearance. It’s natural to feel that you can improve on your aesthetic; most people want to look good right? It’s a human desire to have that sense of contentment when looking in the mirror.

You don’t see someone like Goku fretting about something so trivial as aesthetics when there’s a planet to save. The guy can’t relate to such a simple thing when the fate of the world hinges on deathmatches. One weakness that some shounen have is that the stakes are so big we can’t wrap our heads around them. There are moments in shows like Yu-Gi-Oh where the stakes are so high we sit back and think “the protagonists aren’t going to lose,” which does a good job at ejecting any sense of danger or risk that the audience is supposed to feel.

But Can Slice Of Life Be Remarkable?

Yes, it can. You have so many fun moments to enjoy throughout stories like this. From shows that center around art clubs, to a delinquent girl modeling for an otaku, slice of life makes the normal remarkable. That’s the power of life; it’s a genre that takes something we see at school and makes it fun to watch. I hope that this article gives some food for thought when reading a slice of life manga. I hope that you guys also consider giving Rough Sketch Sempai a read when reading slice of life in 2020.