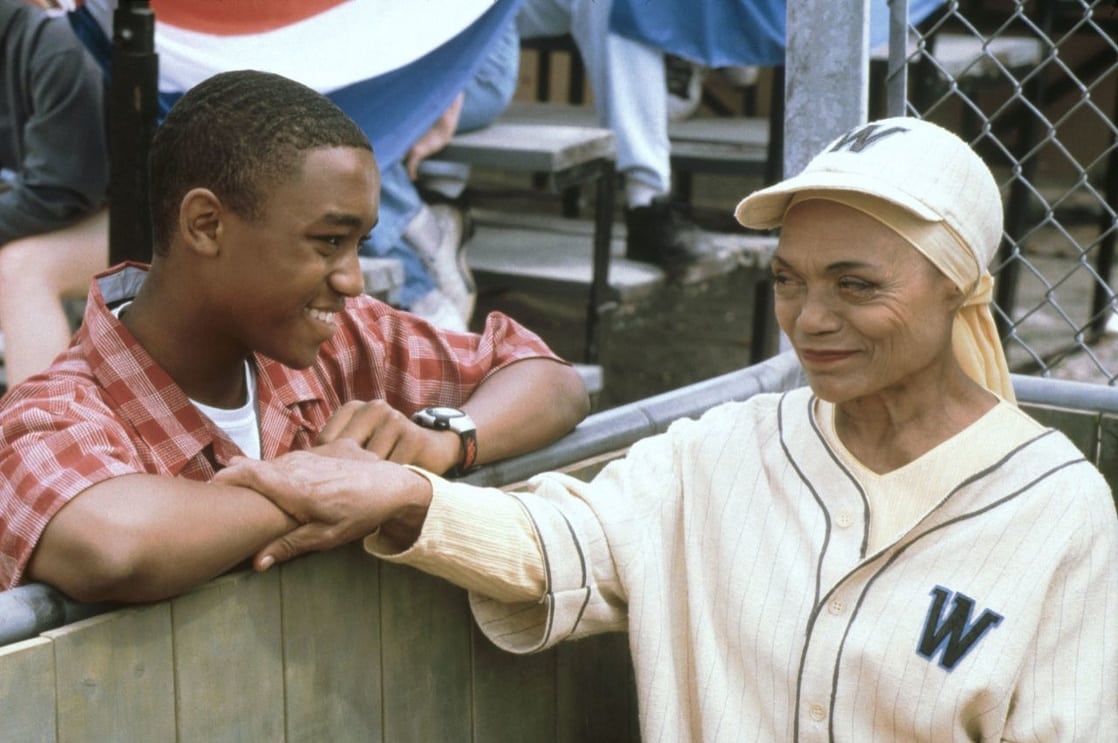 If I could compare my television watching experience at age five to one movie moment it would be the boat scene from 1971’s Willy Wonka. Here, Willy Wonka (Gene Wilder) leads his guests, by boat, through a psychedelic tunnel on a chocolate river; flashing on screen is every color you can imagine — bright reds, blues, yellows — as well as nightmarish imagery.

Like that scene, my memories of watching TV at a young age have remained compiled of bright and flashy colors from various programs — minus the childhood-ruining depictions: The Blue House from Bear and the Big Blue House, Clifford from Clifford the Big Red Dog, and the rainbow-armored Power Rangers. While watching programs such as these there was one color in particular that my eyes always scoured the screen for though – black. In particular, black and brown skin on characters that were similar to mine.

As I look back on my childhood TV memories, one program always comes to the surface with vibrancy and a flood of emotions attached. It’s a program that though I may not have a lot of recollection watching, I’ll never forget how it made me feel. It was a program where I felt like I truly mattered on television for the first time. It was a program where I truly saw myself and my potential reflected on the small screen. The program was: The Famous Jett Jackson.

With it being Black History Month, I wanted to go back and examine this program from my childhood; I rewatched various episodes and talked with series creator Fracaswell Hyman, in a phone interview, to gather insight. I wanted to explore a show that left such an impact on me as a black kid — one still recognizable almost two decades later.

What Was The Famous Jett Jackson?

The Famous Jett Jackson was a coming-of-age series that aired on The Disney Channel from 1998-2001 staring the late Lee Thompson Young. The show’s basic premise remains perfectly captured in its opening sequence, narrated by the titular character himself:

“Silverstone. The ultimate action hero. Top agent for a secret organization. Saving the world one mission at a time. At least that’s who I play on TV — in real life I’m Jett Jackson; being a TV star is cool but being a regular kid is even better, so I had the show moved back to my hometown Wilsted, North Carolina.

Now I can hang with my friends, which is great, and the best part of all I get to spend a lot more time with my family. Hey! I’m just trying to live my life as a normal kid, but some people still see me as The Famous Jett Jackson.”

Notable guest stars would include 2000s pop stars such as Destiny’s Child, Britney Spears, and Usher; the series also featured work from Shawn Levy who helped write, direct, and executive produce for the show, and who currently works on projects such as Stranger Things.

“When I started writing for television I was interested in writing characters that people like me or kids like me could identify with. When I was a kid the first black lead sitcom was a show called Julia with Diahann Carroll[.] [She] was the star of it, and she had a son [named] Corey Baker; that was the first time I saw a boy like me on television. It was really important to me because there were no other kids that looked like me on TV — especially no other boys, black boys, that I could see on a regular weekly basis. So, I wanted to do that. I was living in Los Angeles at the time, and I came to visit my mother who lived in North Carolina in a town called Willard.

I remember driving into town for the first time. People were sitting on their porches and they were waving to me and they didn’t know me. I had been working on a show called Ghostwriter at the time. I was thinking how interesting would it be if the kid who played the lead on Ghostwriter [had] [come] back to this small town where everyone knew him but he didn’t know them; that was the first time I got an idea for Jett Jackson.

I pitched the idea to a producer friend that I knew. She had lunch with some guy at Disney and pitched him the idea. After a lot of trials and tribulations of putting together the pilot we finally got a greenlight for the show. It was the first live-action scripted series they did on Disney Channel.“

My first memory surrounding Lee Thompson Young as Jett Jackson on screen was not just his similar skin but his hair. It was black, cut short, and crisp. I was so excited to see another black kid on screen with a hairstyle fashioned like mine.

Young (who died in 2013) stood out to me as an actor not just because of his fresh looking cut, but also his immense talent. As Jett, Young is truly magnetic. It’s as though he’s manning a personal tractor beam for your eyes — his performing abilities always draw your attention. In an episode titled “The Game” we see a scene where Jett as Silverstone sits in a mission control room. Alone and on duty performing as a radio overseer for other spies Silverstone is bored, but to us he’s still entertaining. Young is able to captivate by himself here as Silverstone stammers to his mission computer for something to happen and spiritlessly lays in his chair.

Watching the show as both a kid and adult it’s easy to see the overflowing amounts of charisma that Young possesses as Jett; he essentially has to pull off a three-tiered role and does so with ease. Within the same character he’s a suave super spy, charismatic television actor, and an everyday kid. He always reacts with a sense of naturalism.

I think Jett Jackson left an impact on me as a kid not just because its lead was also black but because of Young. Through a heartfelt performance he not only provided a wish fulfillment character (who doesn’t want to be black 007?), but an aspirational one as well. With Jett I saw I could be a good family member, a good friend, a good student, and a good leader too – no spy gear required.

“We had a long casting process to find someone to play Jett. One night during this whole process I was at home, and I was watching television. There was a Robitussin commercial on TV [and] Lee was the star. I didn’t know who he was, but I was like ‘Oh, my god! He’s perfect! He’s absolutely perfect!’ He was just what I had in mind for Jett.

On this commercial he just seemed so sharp and smart and kind of funny. So, I called the casting agent the next morning cause’ it was a Sunday night I remember; I called her Monday morning. I said ‘There’s this kid who’s on this Robitussin commercial. You’ve got to find him.’ And Pat [McCorkle] said, ‘Oh, I just put him on tape last Friday’ It was Lee!

My co-producer and I, we went and we met him. They brought him out to LA to meet with the people at Disney. Lee was so impressive. I mean, he was so young, and he was just so professional and he had only done a couple of things. He had only done a couple of plays. That commercial was his first commercial, but it’s like he understood instinctively how to be on camera. He was a hard worker. He was always prepared. He was just a great guy.

Just a great guy all around. As an actor, even though he was a kid, he was the leader of the show. He was the leader of the company, and everyone kind of followed his work ethic — the other kids on the show and even the adults on the show. I can’t say enough wonderful things about Lee Thompson Young. He was such a good person. He was a role model; Lee never took roles that would look bad — that gave a bad image to a black man.

He never took the kind of roles of thieves or pimps or any kind of stuff like that. He stuck to his belief that he wanted to be a role model that kids could look up to or adults even. He’s just one of the most talented and hard working and good people that I have ever worked with.“

Fracaswell Hyman On The Show’s Appeal To Black Youth:

“I think it was appealing because it had such a cool kid in the lead — a role model. There was some wish fulfillment in the fact that he was a spy on TV and a TV star; he did cool things even in his regular life. So I think that — that was what was appealing — [it’s]somebody that looked like you, you know? That gives you the idea that “Hey! I can do something like that someday or be something.” Which was the point. I think that’s also why Disney would choose to do a show with a black male lead. I mean, there wasn’t a lot of those shows out at the time
— not in children’s television.“

Some Final Words On Screen Representation:

As recent screen stories such as Into the Spider-Verse and Black Panther have shown, black representation in media matters. It’s important for black children to see themselves on screen as well-written, multi-faceted, protagonists in movies and television. It’s important to show them that their stories matter and that their hopes and dreams matter. As a black kid, Jett Jackson and Lee Thompson Young certainly helped do this for me. The importance of representation in childhood entertainment remains echoed by the show’s creator.

“I think it’s important for all kids of all ethnic groups to see themselves reflected back in television, in movies, in theater, in books,” Hyman said. “It’s important because it validates you. It lets you see that you are a part of the culture. That you do things that matter — that you are important and paid attention to.”