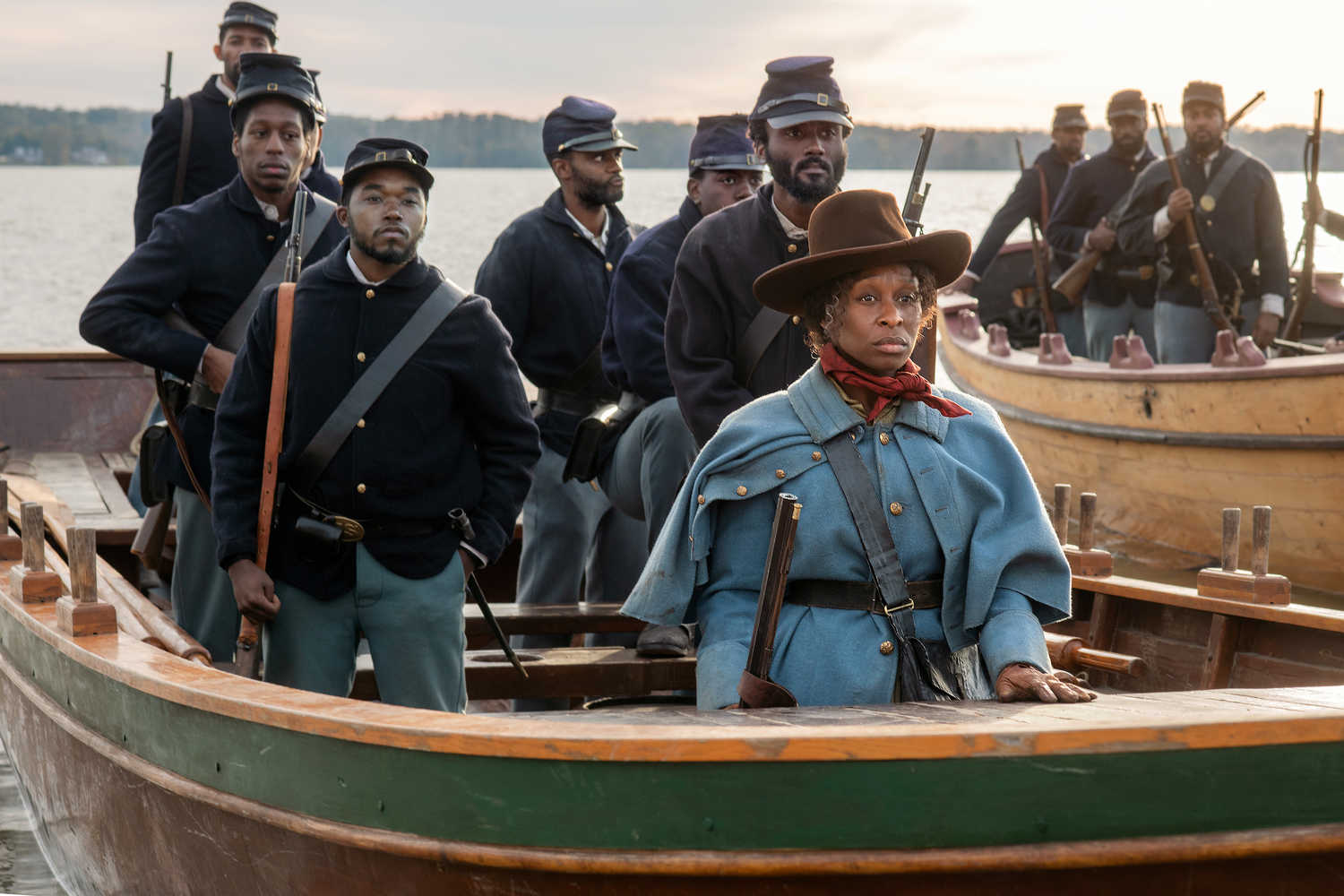 Why Is Harriet Tubman The Moses Of Her People?

Harriet Tubman is one of the most well-known conductors of The Underground Railroad. This was a network of secret passages and safe havens designated to help African-Americans escape enslavement during the 19th century. In the film Harriet we learn the story of Araminta Ross, a slave who flees Maryland in search of freedom. Harriet Tubman is the name Araminta adopts for herself once she makes it to Pennsylvania, a place that held free slaves. The movie depicts the various acts of bravery Harriet did in order to free slaves from the cruelties of the south.

Harriet Tubman escorted over three hundred slaves to freedom. They called her “the Moses of her people.” The film attributes Harriet’s ability to free so many slaves because she was able to communicate with God through visions. There is a mirroring effect between the animated Moses from The Prince of Egypt and Harriet Tubman in the film Harriet.

Songs Of The Underground Railroad

This was one of the songs the conductors of The Underground Railroad employed to deliver encoded messages to slaves. In the film, Harriet sings these songs to alert the slaves that it is time to escape. Contrary to the songs in The Prince of Egypt, the music in the film Harriet promotes a sense of urgency. Throughout The Prince of Egypt, the songs presented centered around Moses’ identity, the power of God or the strengthening of faith.

Cynthia Erivo plays Harriet Tubman in the movie and her voice evokes emotion on an unparalleled level. “The Goodbye Song” was the first song Harriet sang in the film. Harriet ran away after the death of her master because her master’s son attempted to sell her. A heart-clenching moment ensued as she was forced to say goodbye to her mother.

“When that pharaoh chariot comes, I’m gonna leave you.”

Harriet sang to her mother from afar as she prepared to leave. In this case, the pharaoh refers to the slave owner being the reason for her abrupt departure.

Gideon Brodess was the son of the man who owned Araminta. He and Harriet had a complex relationship much like that of Ramses and Moses in The Prince of Egypt. Similar to Moses and Ramses, Harriet and Gideon grew up together. However, Gideon and Harriet’s relationship was that of master and slave, not brotherhood. When Harriet escaped, Gideon pursued her. Gideon attempted to bargain with Harriet and convince her that running away was foolish. This also happens in The Prince of Egypt when Moses discovers his true identity and Ramses tries to prevent him from leaving.

Gideon did not falter in his pursuit of Harriet and he chased her all the way to Pennsylvania. Harriet barely managed to escape from Gideon and ultimately ended up confronting him. She had the chance to kill him but chose not to. This highlights her benevolent nature, similar to that of Moses’. In the film, Harriet claims that she has seen the future and her people are free. After that, visions of the Civil War plagued Gideon’s mind. Harriet tells him he will die on the battlefield, fighting a lost battle. Similar to Ramses who fought to keep his slaves, yet inevitably lost them.

As the narratives of both Harriet and Moses progressed, so did their characters’ development. Harriet started out as a slave, eyes downcast, words meek and measured. She ran, afraid of what awaited her and managed to live a year in freedom until she gathered the courage she needed to go back and free the ones she loved from slavery. Moses was born into slavery like Harriet, but he had a privileged upbringing. In their quest to end slavery, Harriet and Moses questioned God and the purpose he had for them. While Harriet struggled with the doubt of those who followed her, Moses wrestled with convincing the people of Egypt to let him lead them to the promised land.

Once both Moses and Harriet realized they could depend on God, they were able to achieve their goals. One example is when Harriet relied on God to help her cross a river that led to freedom. It is also exemplified when God parts the Red Sea so Moses could lead his people to the promised land. One of Harriet’s brothers questions her sanity and she must cross the river first to prove it is safe for the others. When she successfully crossed, those who were following her trusted her as devotedly as she trusted God. Moses’ brother also doubted him and blamed him for the added workload the pharaoh imposed on the slaves. The slaves’ faith in Harriet and Moses was established through the miraculous acts they performed.

In the face of adversity, both Harriet and Moses turned to God for guidance. Their ability to communicate with God gave both of them the strength and courage necessary to lead slaves to freedom. Moses was thrust into a role unknown to him. He was forced to go against his adopted brother Ramses in order to fulfill God’s wishes. Contrary to Moses, Harriet fearlessly dove into the fiery pits of slavery, knowing she was either going to be free or die. This exemplifies the unique maturity both characters developed, as they realized they had to set aside their fears in order to accomplish what God had planned for them.

Harriet stated, “I would give every last drop of blood in my veins until this monster called slavery is dead.” No longer did Harriet Tubman run away in fear. Instead, she ran towards danger, unflinching in the face of death. God’s wonders did not cease to amaze Moses. Unlike Moses, Harriet knew God would show her what to do. At times, Moses required reassurance that God could beat the pharaoh. It was later reported that Moses no longer doubted the extent of God’s power. Harriet and Moses realized that God had chosen them to help free those stuck in bondage. Both Harriet and The Prince of Egypt serve as testaments to the power that having faith in God possesses.