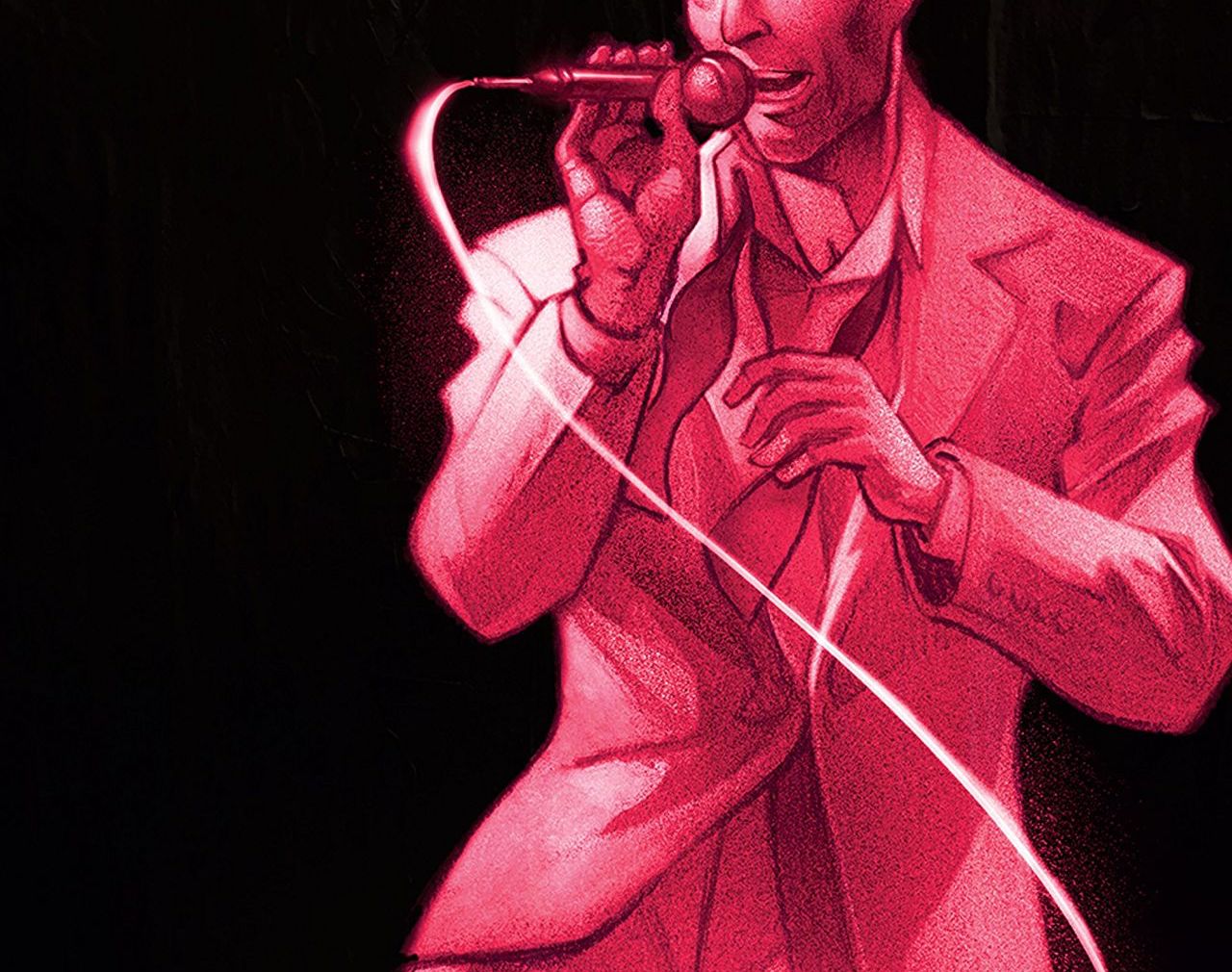 Gunning For Hits #1 Shoots The ’80s In Style

Gunning For Hits by Jeff Rougvie and Moritat
Gunning For Hits #1 is a strong contender for a cult classic that will be popular with its fans from the very first issue.
PROS
Gritty Art To Match The Grit
Roulette Wheel Character Premise That Works
Factually Informative
CONS
Infodump, So Much
This Could Go Wrong So Quickly
90
When MTV Was A Thing

Gunning For Hits #1 is a crime thriller set in the New York music scene of the mid-80s. The writing comes from the music producer Jeff Rouvgie with art by Moritat (The Spirit, Harley Quinn, Hellblazer). For our protagonist, the comic follows Martin Mills, a record company talent scout with a shady past. With his special skill set, he attempts to sign a band that will make the hit of a lifetime. We’ve got a fascinating pedigree with this all-new, ongoing series.

For the uninitiated, Jeff was the lead vocalist in two punk rock bands, produced three Big Star CDs, and secured the rights to David Bowie’s 1969-1980 catalog for use. In addition to being a self-proclaimed music-loving weasel, he also sold and donated blood to buy records, which is a good act. Rouvgie isn’t a comic book guy. Instead, he brings insider knowledge of the time period and field. The question becomes whether his talents resonate with a new medium.

Gunning For Hits #1 toes the line with a double-edged sword.

I loved the griminess of the characters and settings that came out in establishing captions and panels. The writing comes from a place of experience that shows they either lived or researched background details. There’s a semi-biographical feel coming through the design. The characters look like they’ve seen some things and done deals in dank alleys. Their interests are their own successes and their successful desires are closing a deal including the best terms possible. It makes the world feel grounded in reality since there are not morally good or bad characters. These people are just people in the music business.

At the end of Gunning For Hits #1, their work hits the ground running by drawing you into the past of Martin Mills. I enjoyed the twist at the end because I don’t know how the situation will conclude, and I can’t even make a guess. I can say I do have high hopes for this narrative due to how it presents itself so far. There’s nothing too overtly wrong about the work that becomes grating.

On the other hand, the critical part exemplifies itself in the middle section, where there’s a large info dump that spans a few pages. While I do admit the given information proved fascinating, there was much to process for the average fan. I would’ve tried to break it up a bit more throughout the issue, rather than putting it all in one place. The potential to forget about these details before the next release happens is high. Secondly, this knowledge comes in the format of a white background with chibi characters for multiple pages.

This info dump was noticeable during the character interaction as well, since the major focus relied upon the dialogue. You understand in your brain that it’s one long negotiation, but whether you like it or not depends on your tolerance level. Gunning For Hits #1 doesn’t hit thriller until the end. At these points, the art and the writing dug each other down because they didn’t mix well. It doesn’t bring the story to life as it should when you have the potential for so much nuanced detail.

Should You Read Gunning For Hits #1?

Gunning For Hits #1 feels like the beginnings of a cult classic series. It hits the notes for a nostalgic ride with their references to a different time. You’re going to see noir because of the possibility that Mark is another cog in the machine. This musical thriller is an action-based comic that might not appeal to a wide fan base but touches people who are into this period. I would spend money on this one if it hits your interest because Rouvgie and Moritat do this premise justice. While I can’t think of a comic that’s comparable, the technique to create a solid piece remains.

If you want another crime-based comic read, you can read up on my Bone Parrish Volume 1 review.