Guilty… Until Proven Innocent In Night Call — Where Will Your Passengers Take You? 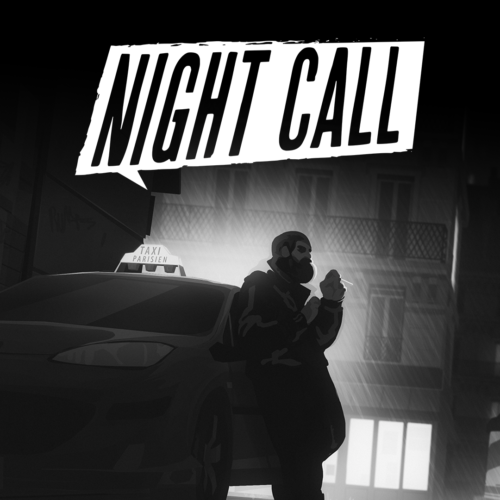 Release Date
July 17, 2019
Night Call by Monkey Moon (Black Muffin) & Raw Fury
Night Call is a murder mystery noire game set in Paris. You are a taxi driver, working to earn enough to pay your bills while aiding the investigation by doing what you do best: getting people to talk while you have their attention.
Our Score
4.7
Night Call on Steam

In our coverage of LNC a few months back, we had our eye on Night Call; a game where you are a taxi driver who was the last victim of a serial killer/murderer. The cops suspect you, but you are not the one who you the serial killer, are you? As you meet new people every night as a taxi driver, you get intel, secrets, and learn something new about yourself. However, if you can get strangers talking… you can find the real killer… unless it’s you. In Night Call there are enigmas, interesting passengers, and a web full of lies. Will you find out the truth? Or will you pay your last dime to make sure the cops don’t think the killer is you? Night Call is on PC July 17th, on console later this year; developed by Monkey Moon and Black Muffin; and published by Raw Fury.

Disclaimer: We received a review copy of the game prior to its release. The game’s quirks are still being worked out — so some aspects might not have worked as well as the final release game does. We won’t mention many of them, but our experience might be slightly different.

Will Night Call Be Your Last Call?

The construction of this game is long-form; as a player, you are talking to seventy plus passengers throughout the gameplay. You are likewise trying to figure out an investigation all at the same time.

Night Call does require substantial sitting-down-time to play it; and, with that being said, it is deserving of it. Throughout the game, you are constantly on the edge of your seat with the narratives of the various characters. There is an outstanding balance between narrative and player-choices. You are able to choose responses that indicate different emotions with the passenger (depending on who that passenger is). We enjoyed that there was an option to just say nothing sometimes. Just be silent and let the passenger talk. Sometimes that is all you want to do.

With the construction of the game comes graphics and overall directing of Night Call. As mentioned above, since we had a pre-release, we had quirks. However, the overall graphics were stellar for us regardless. We loved the aspect of being able to click on the passenger and accept or decline them. The passengers were always in loads of about 5-8. So you have various passengers to choose from. Another aspect we enjoyed was being able to get gas in your car and go to the store.

This is a small aspect, but it’s nice to have everything interactive. Being able to spend money, being able to see the money go up and down when getting gas or paying someone for intel; those aspects add up to an interactive experience. Aside from those, there are other aspects that make the game — overall — a blast. If you are looking at the evidence in your room you are able to click on it, add clues, and find out who the killer is with everything you have gained. When you look at the “board” in your room, you are able to drag ties to the people based on the evidence you find. You have a handful of suspects and you are able to choose what evidence to base your conclusion on.

No matter what game you play, there are pros and cons to it. We don’t have a lot of cons, but we have two that may stray away from players who might not like long-form or trigger warning games.

Honestly, We Have Two Small Cons:

So, The Daily Fandom, How Was The Game Overall?

Without giving too much of the story away, this game is phenomenal. Between the narrative, the characters, the story, and the overall simplicity of it. We loved playing it. It’s comfortable to become adjusted to, but we didn’t have issues not being able to find aspects of the game. Sometimes we need walkthroughs with games (to find out obscure things), but with this one, just sit back, relax, and play an exceptionally made emotionally driven game.

Overall, the game is a win for both Monkey Moon (Black Muffin) and Raw Fury. While the developer is new to our realm of gaming, Raw Fury, we are well-aware of. We would recommend this game to everyone, not just gamers who like narrative games, but everyone. Honestly, one of the better games we have in our library to always come back to and play time-and-time again. With the various endings and the concept (being able to reply again and again for years to come) is especially appealing.