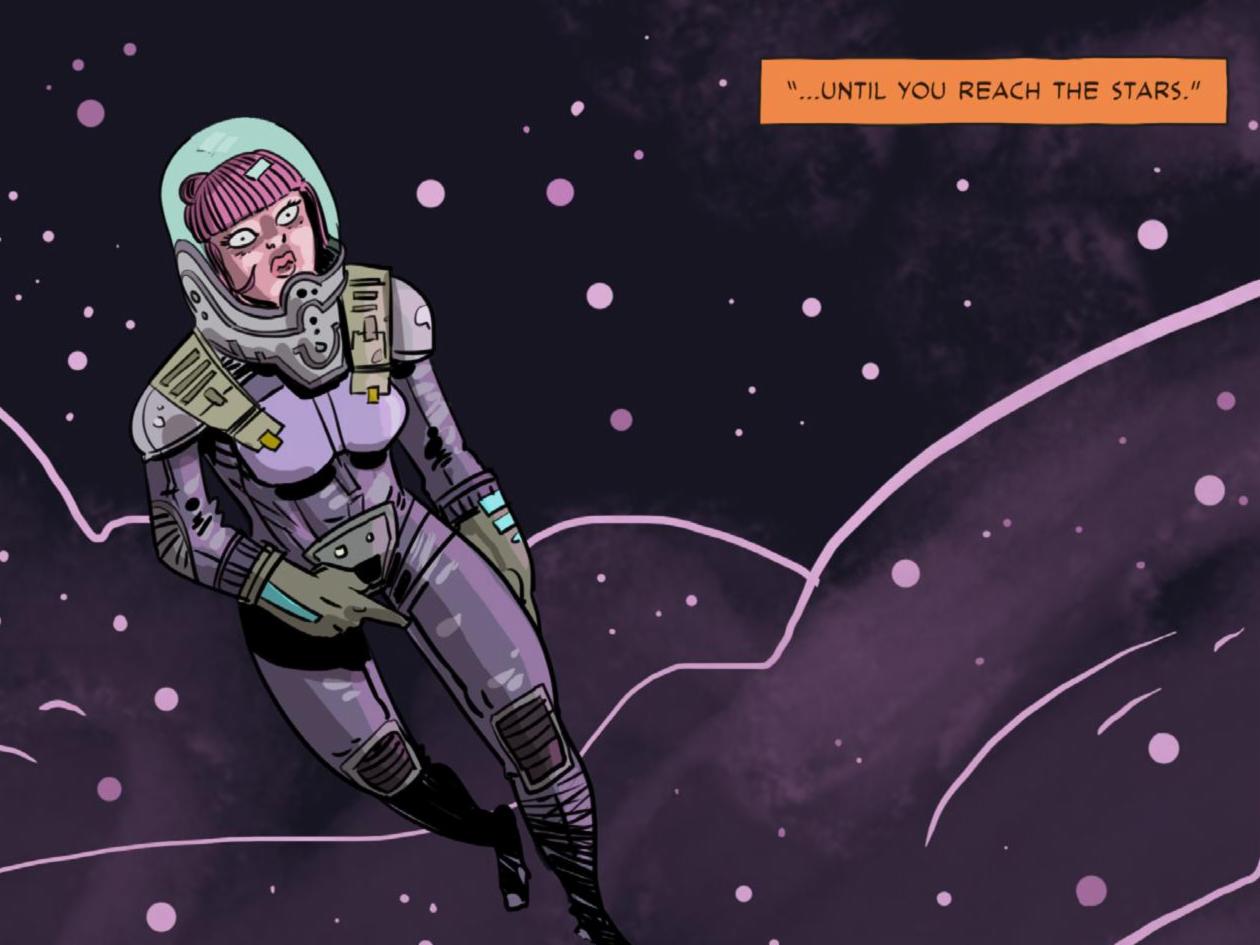 Gryffen: Galaxy’s Most Wanted #5 gives me everything I’ve ever wanted and my crops are cleared. This sci-fi, LGBTQ+ space comic comes written by Ben Kahn, drawn by Bruno Hidalgo, colored by James Penafiel, and lettered by Sal Cipriano. The plan to play God leads to a startling, possible confrontation with Gryffen and the potential for consequences that will come forward in the future. On the flip side, the crew has a chance to save lives right in this issue.

Writing Has Few Problems? No Problem!

There were concerns I had in the past that didn’t appear in #5. I felt other characters became a bit more balanced in #5. They had a chance to vocalize their motivations. This works because the author uses a narrative thread in the form of a moral dilemma.

Do you complete a moral action that will help people now that has potentially terrible implications for the future or do you stay in your hand and keep things as they are?

I don’t have my own personal answer for that one, but the exploration of that answer in Gryffen: Galaxy’s Most Wanted #5 fascinates me. It brings the level of depth that I have always wanted from this series and I take back some of what I said in prior reviews.

If I had to nitpick, I’d say I’m still looking for more nuanced evil characters, but we can settle for unique situations that grow characters’ personalities. This aspect of the story comes just a little late in the game, considering we’re almost up to the half-way point. There are twelve chapters with twelve pages in the entire series. I wonder if that is going to be enough content to bring the narrative to its full potential.

Gryffen: Galaxy’s Most Wanted #5 Doesn’t Skimp On The Gory Details

You have to realize that I genuinely love the highly-stylized art at this point. It’s technically pleasing, due to its great anatomy and composition. There is also a nice color palette and inspired shading choices that make people look cooler. It’s just nice to watch the dynamic nature of the character’s face as they contort to display their extreme emotions. There’s no fear of anything or anyone looking too grotesque because this series doesn’t have intense fan service.

Gryffen may kiss or even have sex with their lovers, but the art doesn’t focus on titillation. What the art does is that it tells us something about the character’s physicality. Their body language talks as much as what they say vocally. I find that to be a surprisingly rare quality when it comes to the comics I read. It’s fascinating to see body language arranged so well in this instance.

For #5, I didn’t encounter the problem where I noticed too many similar backgrounds, which is a thumbs-up in my book. I think the artist scattered more minor details throughout the scenes. I don’t have conclusive data, but I feel like I’m right in my chest. This feeling might be because there are more action sequences that fill up the page with action lines. The previous issue didn’t have as much forward momentum as this one did.

I Don’t Worry About Gryffen: Galaxy’s Most Wanted

I do worry a lot about how short the series is if you account for how many pages are in each chapter, but it has its advantages. The excellent thing about Gryffen: Galaxy’s Most Wanted is how the story builds on itself since it has a distinct run-length. I don’t worry about whether there’s going to be such a big misstep that will make me lose interest in the next issue. As a result, I value how well-planned each moment comes along. There are details that harken back to previous issues. While I do believe some issues are stronger than others, the entirety is a cohesive piece.

Gryffen: Galaxy's Most Wanted #5 by Ben Kahn, Bruno Hidalgo, James Penafiel, & Sal Cipriano
MoralLessons4TheWin!
I'm especially excited to see what happens because the foreshadowing is fascinating and I love captivating implications when it comes to doing what's right.
PROS
Everything Is As Funny As It Always Is
I Dig Moral Dilemmas That Bring Depth
The Art Remains Some Of My Favorite For Its Use Of Body Language
CONS
Still Needs Nuanced Evil Characters
There Are Worries That That Length Might Impede On The Entire Narrative
98
Ethics = Fun Time