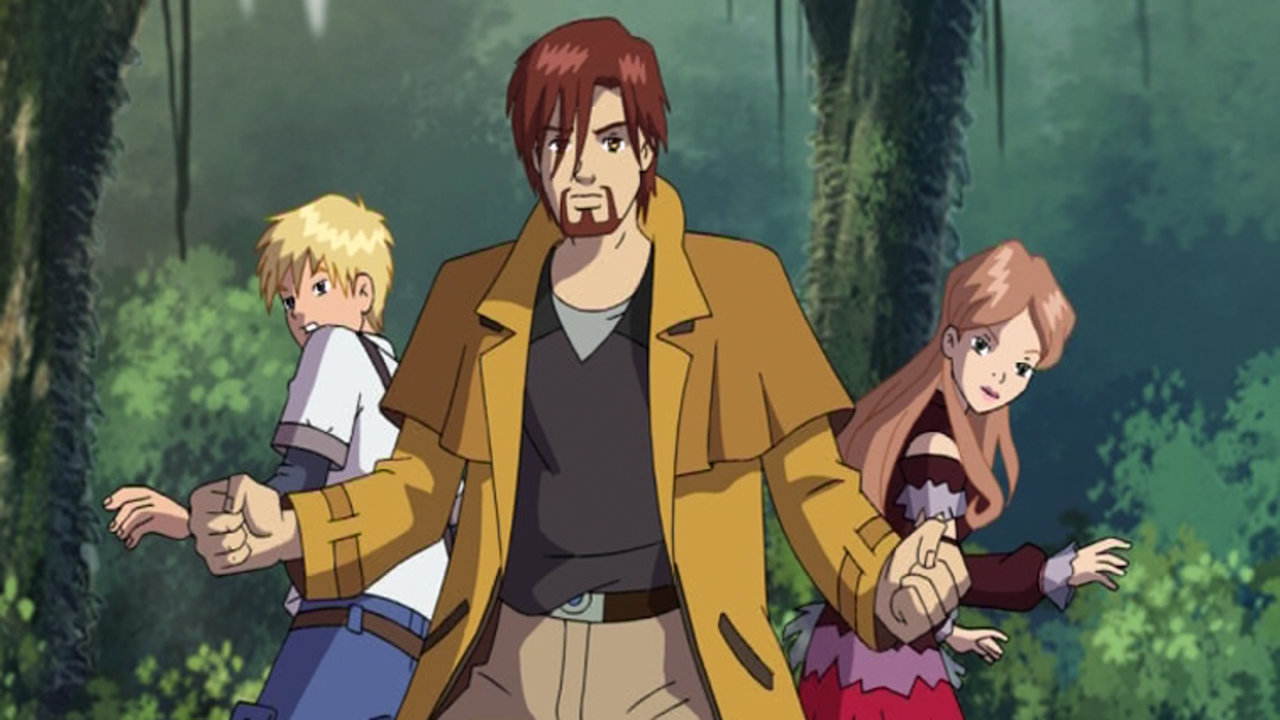 As children, Saturday’s were a parallel universe specifically designed to whisk us away from the monotonous reality of the week. One of the pillars of this world was Jetix. It was a channel mainly made up of adventurous and action-packed shows. Although some of the series they previewed were not exclusively from this channel, they were amazing shows nonetheless. An example is the french series Code Lyoko, which was broadcasted on various channels, including Cartoon Network.

Whether you were an incoherent bundle of bed sheets or an early riser, most of us got up on Saturday morning eager to turn on the television. Watching shows like Justice League, Pinky and the Brain or Digimon became one of the weekend’s priorities. For many, this was the case with the multitude of series shown on Jetix. The reason the shows on this channel were so interesting is because they put ordinary characters, often realistic in nature, and thrust them into a non-ordinary world.

The aforementioned phenomenon occurred with the French-Japanese animation Oban Star Racers. The Jetix series narrates the story of young Eva as she stows away to be with her father only to find herself in the middle of an intergalactic race. Eva becomes a pilot for the Earth team as she races against aliens seeking “the ultimate prize.” However, she pretends her name is Molly so her father, who had abandoned her at a boarding school when she was younger, would not recognize her. The show is visually alluring and the plethora of relationships developed throughout make it a must-see. Nevertheless, rest assured that it is an action-packed show that will leave spectators on the edge of their seats, from deaths on the race-track to an imminent invasion.

If aliens aren’t enough to rouse your curiosity and worry not, Jetix also had multiple shows full of magic. For example, W.I.T.C.H. was a series in which five teenage girls stumble upon a mystical necklace that allows them to turn into guardians. These guardians have elemental powers so they can defend the kingdom of Meridian from the evil prince Phobos. However, that quickly turns into an “easier said than done” scenario. They must rely on faith and friendship in order to save the mystical kingdom from the nefarious prince and his snake-like minion, all without failing middle school.

Another Disney animated series featured on Jetix was Gargoyles. The show follows the gargoyle Goliath and his clan (who were originally from medieval Scotland), who are victims of a curse that left them dormant for a thousand years. Upon their awakening, they find themselves in modern-day New York, where they must rapidly acclimate in order to survive. The plot thickens as old friends turn into enemies and enemies into allies. Thus, in a world so foreign from their own, can gargoyles survive the night?

If you love the O’Conell family as much as I do, look no further. Jetix broadcast the animated series The Mummy, set in a timeline between The Mummy Returns and The Mummy Tomb of the Dragon Emperor movies. Mummy Imhotep persecutes Rick, Evy, Johnathan, and Alex as they endeavor to find the lost scrolls of Thebes. The show furthers the narrative of the popular trilogy without altering itself to the point that it does not correlate with the three.

Similar to The Mummy, Jetix also featured the animated series Martin Mystery. From ghosts to mummies, the show exposes multiple paranormal entities. Martin Mystery is essentially Totally Spies meets Supernatural with a slightly more comedic twist. Martin, along with his step-sister Diana, work for a covert operations company. A caveman accompanies them on missions with the intent of keeping supernatural threats at bay for the sake of humanity.

Although the world is currently topsy-turvy and the days seem to blur together endlessly, this too can be like the Saturdays from your childhood. Jetix was a conglomerate of amazing shows from various production companies. Perhaps that is what made it so special.

Unique in the way it stitched together the best out of channels like Disney and Cartoon Network, whilst simultaneously producing original content. A Saturday watching Jetix can start with a series like Super Robot Monkey Team Hyper Force Go! and end with Digimon or Huntik. Either way, when it comes to preserving your mental health during these troubling times it helps to reminisce about the good times that made up your childhood. In other words, waking up to watch shows on Jetix might be the perfect remedy to keep you sane during quarantine.