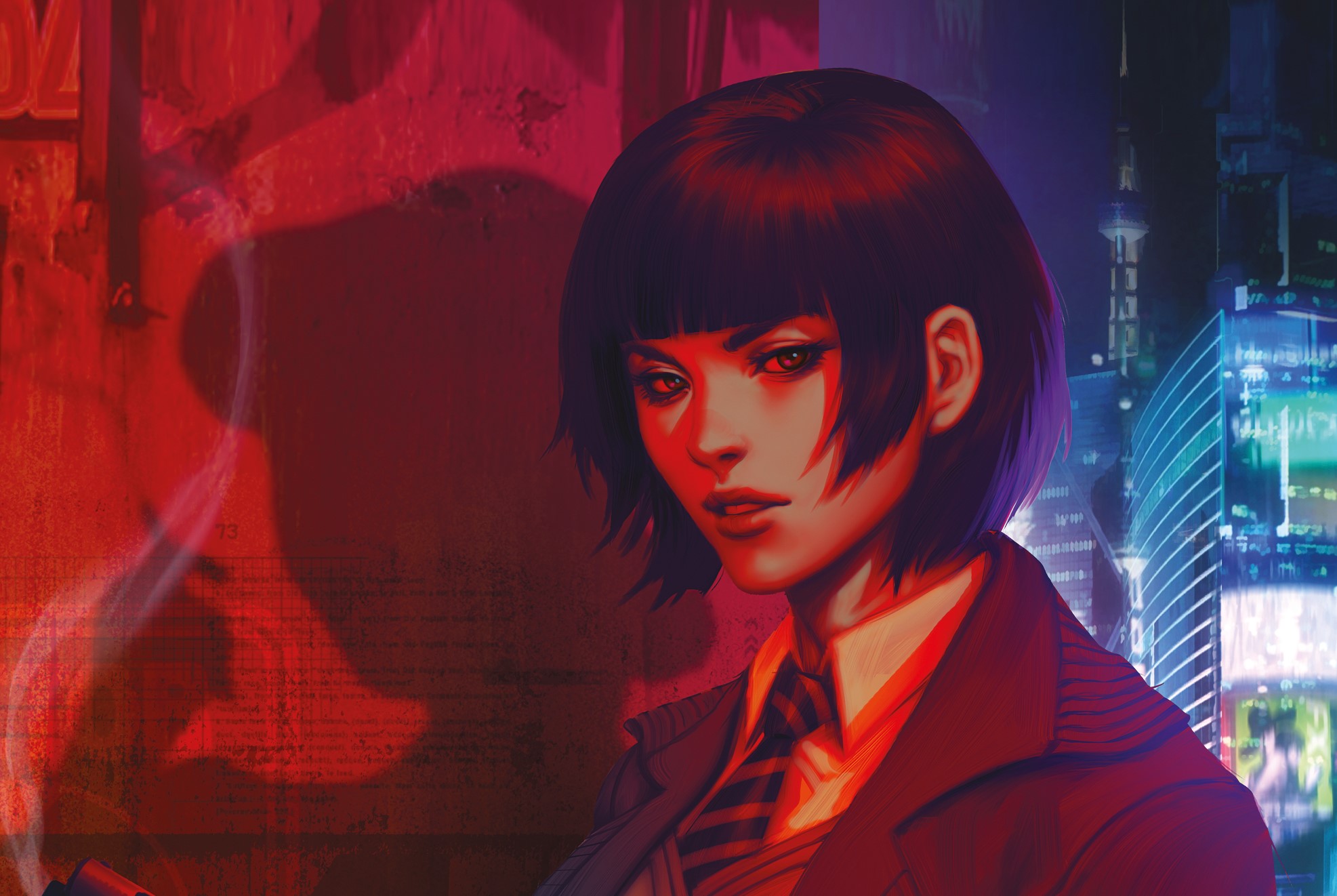 The Blend Of Film & Comic Styles

Michael Green and Mike Johnson are the writing duo that brought us the excellent revamp of Supergirl during DC’s New 52. They work incredibly well together, though Mike Johnson is more experienced in the world of comics. Michael Green is primarily a scriptwriter for TV and film. He brought us such amazing quality films such as Logan and the aforementioned Blade Runner 2049. Them co-writing Blade Runner 2019 #1 gives it a unique feel as an attempt to blend the styles of comic book storytelling into a slow-paced sci-fi film like Blade Runner.

This marriage of styles has both its pros and its cons. The positive is that Blade Runner 2019 #1 is paced like both Blade Runner films. It’s slow, deliberate, with a melancholy feel. This is to the comic’s benefit as we get to know more about the world and new characters while being wrapped in the familiar. It also adds to the sense of mystery as the players are slowly introduced with their motives not quite clear yet. The problem with this style blend is in regards to a reveal about Ash.

At one point during her investigation, she screams out in pain mid-thought. For the reader, this comes out of nowhere and seems strange. On the next page, we are following the people Ash is trying to track down and then on the following page we are back to Ash. The point is clear, parallel these three people’s journey and the hardship they must face. However, because a comic is static rather than moving, Ash’s pain seems at odds with what she was doing until two pages later. A reveal done like this works much better on film than it does in comics. Still a great reveal though.

Andres Guinaldo‘s art is simply gorgeous in Blade Runner 2019 #1. He conveys this world in a way that suits comics. In each panel, the many holographic displays will have a new advertisement on it. This simple but effective trick conveys the sense of movement on the displays without calling direct attention to it. There are times when he uses direct reference from the films such as the LAPD building and advertising blimp. These callbacks are nice and are rendered so faithfully that you can tell that he really cares about this franchise.

His approach to panel layout is quite interesting. When Ash was on the ground in Los Angeles investigating, the panels were tight, compact, and filled with tons of detail. Then when she is in traffic in her car, the panels are a bit more open, showing just how impressive and scary the big city seems in this future. When Ash is in the scrapyard or Selwyn’s house the panels are not as tight, a bit more open, and have less going on in them.

Cyberpunk is often defined as high tech and low life. What Guinaldo is doing is to show how lost and isolated you can become in the city. How it can create awe and wonder from above but grind you down on the street. And that the most impressive sights have been destroyed by rampant technology and pollution in this universe. Great work.

If you’re like me and love Blade Runner, and Blade Runner 2049, then Blade Runner 2019 #1 will not disappoint. It sets up an intriguing story with an instantly interesting new character. Some of the familiar trappings are there for fans, but it’s not just used as a nostalgia trip. I can’t wait to read more in the future, just as long as my future doesn’t begin to resemble Blade Runner’s.