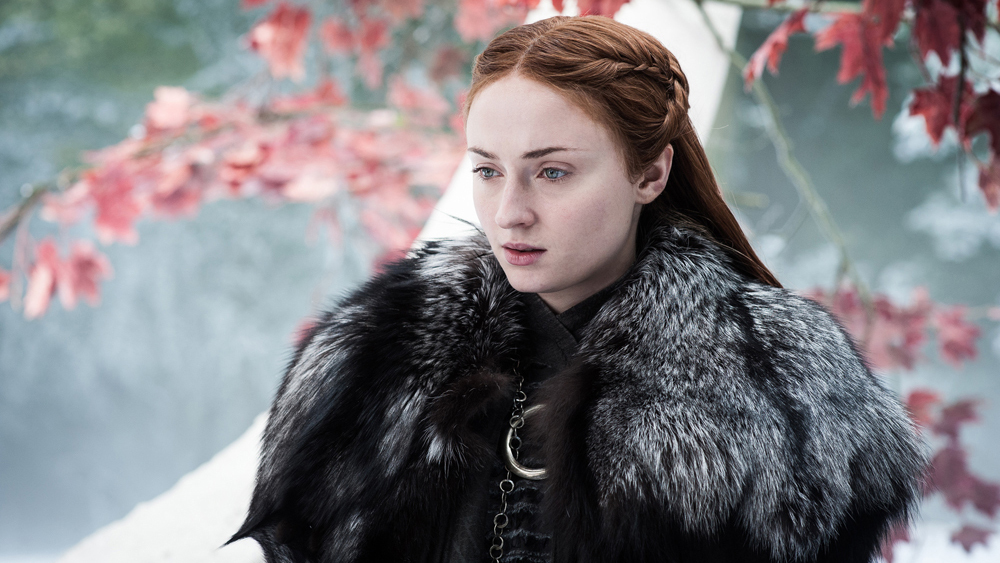 Game of Thrones: Sansa Stark’s Misery Has Gone Too Far

Last release of Game of Thrones ended with a terrible image we cannot erase from our minds. Sansa Stark has been unlucky with men until now, but her marriage with Ramsay Bolton puts a lot of things into perspective.

WARNING: Don’t read any of this if you haven’t watched 5×06 “Unbent, Unbowed, Unbroken” yet.

Sansa Stark’s recent engagement with Ramsay Bolton has culminated in a vow under the weirwood tree sooner than I expected. Despite the audience’s wishes, she’s now tied to a marriage with a sadistic murderer who likes to watch women he’s tired of being eaten by dogs.

For those who did not want it to happen, you may agree that Sansa’s wedding night scene was extremely hard to watch. We’ve seen her character grow into a stronger woman, less naive and acting more like a player. When the bastard’s girlfriend enters her room to scare her off with Ramsay’s stories, she quickly gets it and puts Miranda back in her place.

“I’m Sansa Stark of Winterfell. This is my home and you can’t frighten me.”

After this sentence, I guess we were all like: “wow, Sansa rules” and “you go, girl! No bitch’s gonna mess with you anymore”. As she spent the whole fourth season learning how to manipulate situations into one’s favor with Littlefinger, it’s reasonable to think that Sansa has some plan or has things (kind of) under control. She has not. The fact is Petyr Baelish could not be more cynical when he said Ramsay had already fallen for her.

In the end, Sansa’s wedding night is a true nightmare. She gets brutally raped by her husband while Theon Greyjoy is

forced to watch it (and we can see in his eyes how painful it is to watch). The non-con sex scene is so cruel that we wonder if Sansa Stark’s misery has gone too far this time. There was a little hope that Reek would confront his master and save his former almost sister from the sexual assault but no, it doesn’t happen and it’s an awfully sad ending.

Focusing the camera in Reek’s face for that long is also controversial. He is in pain for sure, but it cannot be compared… there is only one victim here and it’s the raped woman! I know it’s a good way of not making the audience watch a whole rape scene but it is also a way of putting the spotlight on Reek’s pain over Sansa’s. The only good explanation is that this is going to touch him deep enough to turn Reek into Theon  again, and thus eventually help his “sister” to escape this married-with-the-guy-who-murdered-my-family-to-become-his-toy situation.

If someone told her in first season that the best man she’d ever have by her side (relationship wise) would be Tiryon Lannister!!! Her new husband makes Joffrey look like a sweet, sweet boy. And Joffrey used to kill prostitutes for fun!

Right now the fans are asking themselves if all of this was really necessary. She doesn’t even go to Winterfell under these circumstances in the books, and definitely doesn’t get raped. Ramsay’s character was already well defined before and there was no need to use this scene to prove how cruel he is. And how come is this going to help her avenge her family? All of this and a lot of more questions do not get an answer, at least until next week.