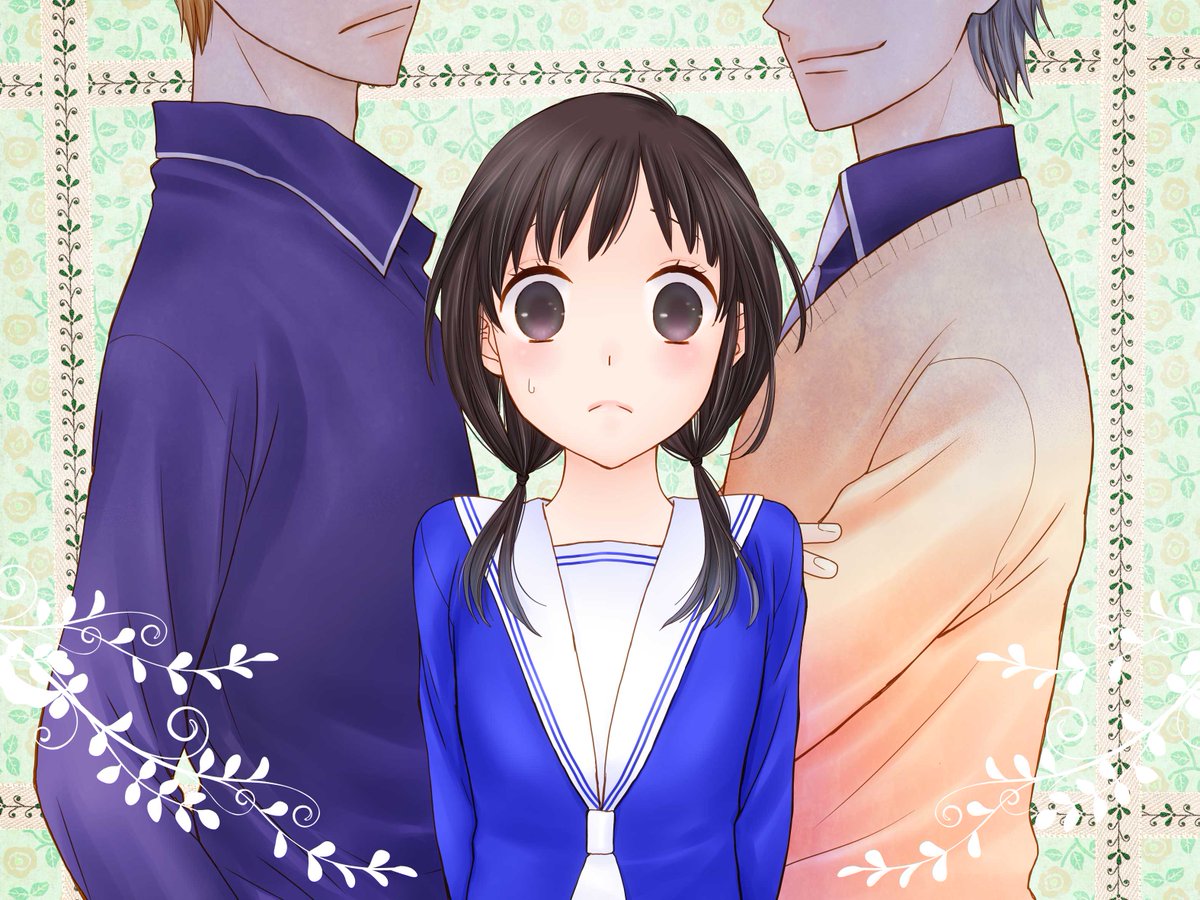 Fruits Basket Another Vol. 2 Shows How A Sequel Comes Into Its Own

Fruits Basket Another Vol. 2 continues the story of Sawa Mitoma, our new protagonist with zero relations to the Sohma Clan or Tohru. In TDF’s review of volume 1 (link here), we discussed how disconnected the sequel felt from its predecessor. The lack of any Sohma Curse or cameos from the original main cast failed to make Fruits Basket Another stand out from any other high-school manga. Nevertheless, it served as a nice fan service, making the manga “okay” at best. It neither damaged the original’s reputation nor uniquely separated itself from it. That is, in the latter case, until now.

The Plot Continues In Fruits Basket Another Vol. 2

Beginning where vol. 1 left off, Fruits Basket Another Vol. 2 shows Sawa Mitoma performing her student-council duties. The position keeps her busy, and she gains confidence in herself as people compliment her work. It also distracts Sawa from her familial issues at home.

Since the first volume, Sawa thanks more and  for less. She notices that she is happier since meeting the Sohma Clan. However, despite her progress, Sawa fears her newfound self-acceptance may lead her to become cocky. She feels unworthy of receiving praise due to her mother’s constant beratement of her character. Luckily, the Sohma children expressed pleasure with her growth and urged her to continue.

As the volume continues, Sawa meets more members of the Sohma family which tests her resolve. Each new Sohma child is more rambunctious or complex than the next. Therefore, Sawa finds herself trying to adapt to every new situation. Will her positive progress continue until the end? Or will the sudden appearance of her mother derail all her efforts?

Before getting into the best parts of Fruits Basket Another Vol. 2, let’s meet more members of the Sohma Clan.

Riku and Sora Sohma were technically introduced in Fruits Basket Another Vol. 1. They are the children of Hatsuharu and Rin Sohma of the original Fruits Basket manga. The two are fraternal twins, with Sora being the oldest of the pair.

Riku mostly takes after his father in appearance and blunt demeanor, but he does emit a calm-and-cool aura like his mother. Sora, on the other hand, is the complete opposite of her brother and parents with her bubbly disposition. She takes after her mother in appearance and is energetic and friendly. However, her cousins state she can be scarier than her brother when angered.

Shiki Sohma (pictured in the next photo in the top-left corner) is the child of Shigure and Akito Sohma. He is in middle school and a member of the Go Club. Similarly to Sawa, Shiki has trouble expressing himself to new people. His appearance mostly resembles his mother’s as well as his constitution since he gets sick easily. Shiki is in line to become the next head of the Sohma Clan.

Also officially introduced in volume 1, Kinu Sohma (pictured below in the top-right corner) is the daughter of Hatori. She is the guardian of Mutsumi and Hajime who live with her in the residence formerly inhabited by Shigure. Unlike her father, Kinu exhibits a very laidback personality (scarily similar to Shigure’s). She is a college student who wishes to find a job in which she does as little as possible.

Chizuru (pictured above on the bottom left corner) and Sohma (pictured above on the bottom right) are the children of Ayame Sohma and Mine Kuramae. The two have contrasting personalities, with taking after both of her parents while Chizuru does not. is energetic, spontaneous, and passionate about fashion just like Ayame and Mine. However, Chizuru is “normal” in comparison as he is not overly eccentric like the rest of his family. (If anything, Chizuru has the same serious energy as his uncle, Yuki.)

Mina Sohma is the daughter of Momiji Sohma. She enjoys playing baseball and displays her athletic ability. Her dream is to take over Momiji’s business (as he did for his father) and continue making it grow. Mina shows tenacity to try different things as she sees developing skills in different areas as beneficial toward her goals.

Sawa Mitoma’s mother puts her daughter down every chance she gets. In volume 1, readers do not see how emotionally abusive Sawa’s mother can be. All readers know that the abuse is Sawa’s word. However, Fruits Basket Another Vol. 2 illustrates just what Sawa has to go through, which explains her severe self-hatred. Sawa’s mother blames everything on her daughter. She frequently abandons her, leaving her to deal with the home and expenses by herself. When she returns, she gives an excuse for her actions and gets defensive whenever she feels judged. If this was not bad enough, Sawa’s mother constantly tries to reinforce the idea of how unwanted her daughter is. Whatever progress Sawa attempts, her mother crumbles it with a few words. Their relationship is the definition of toxic.

The Representation Of Abusive Relationships In Fruits Basket

She does not pay for any of the acts she commits. If anything, she gets away with everything. While Akito does change thanks to Tohru, the abuse she forces others to endure ranges from the cruel to the criminal. Now, one can argue Akito’s upbringing nurtured her abusive personality, but the zodiac members still suffered severely because of her.

What’s worse is that the zodiac members seemed complacent with the way things ended. They acknowledged how dysfunctional their relationships was but no one asked Akito to be held accountable. Out of all the members, Rin Sohma’s reaction toward Akito seemed the most realistic. She chose not to forgive her and did not understand how others could.

Fruits Basket Another Vol. 2 showcases the lasting effects emotional abuse creates and how hard forgiveness can be. It does this by not only surveying Sawa’s behavior in the series but also that of the grown-up cast from Fruits Basket.

This sequel displays how an abuse victim like Sawa tries to blame herself for her situation. But as it progresses, Sawa acknowledges that she is not the problem, her mother is. She rightfully harbors feelings of resentment toward her mother but starts to feel terrible for thinking life would be better without her. Nevertheless, unlike the original Fruits Basket, volume 2 does not fumble in legitimizing Sawa’s feelings.

Fruits Basket Another Vol. 2 expresses that it is fine to feel negatively toward one’s abuser. Being a family does not excuse toxic behavior and it certainly should not be tolerated. This perspective is different from the one Fruits Basket provides: immediately forgive and forget. In fact, as if to remedy the original’s “resolution”, Fruits Basket Another Vol. 2 features scenes of the old cast in their adulthood still coming to terms with their past. Despite their lives improving, the new Sohma children notice the effects their parents’ abuse has caused them.

While there is nothing wrong with forgiveness, someone overcoming abuse should allow themselves time to heal. They should not feel pressured to forgive, which is what Fruits Basket Another Vol. 2 gets across. It is thanks to its realistic interpretation of abuse and recovery that it successfully set itself apart from its predecessor.

Fruits Basket Another Vol. 2 is available for purchase through Amazon, Barnes and Noble, and Rightstuf. For more Animanga reviews and analyses, click here.