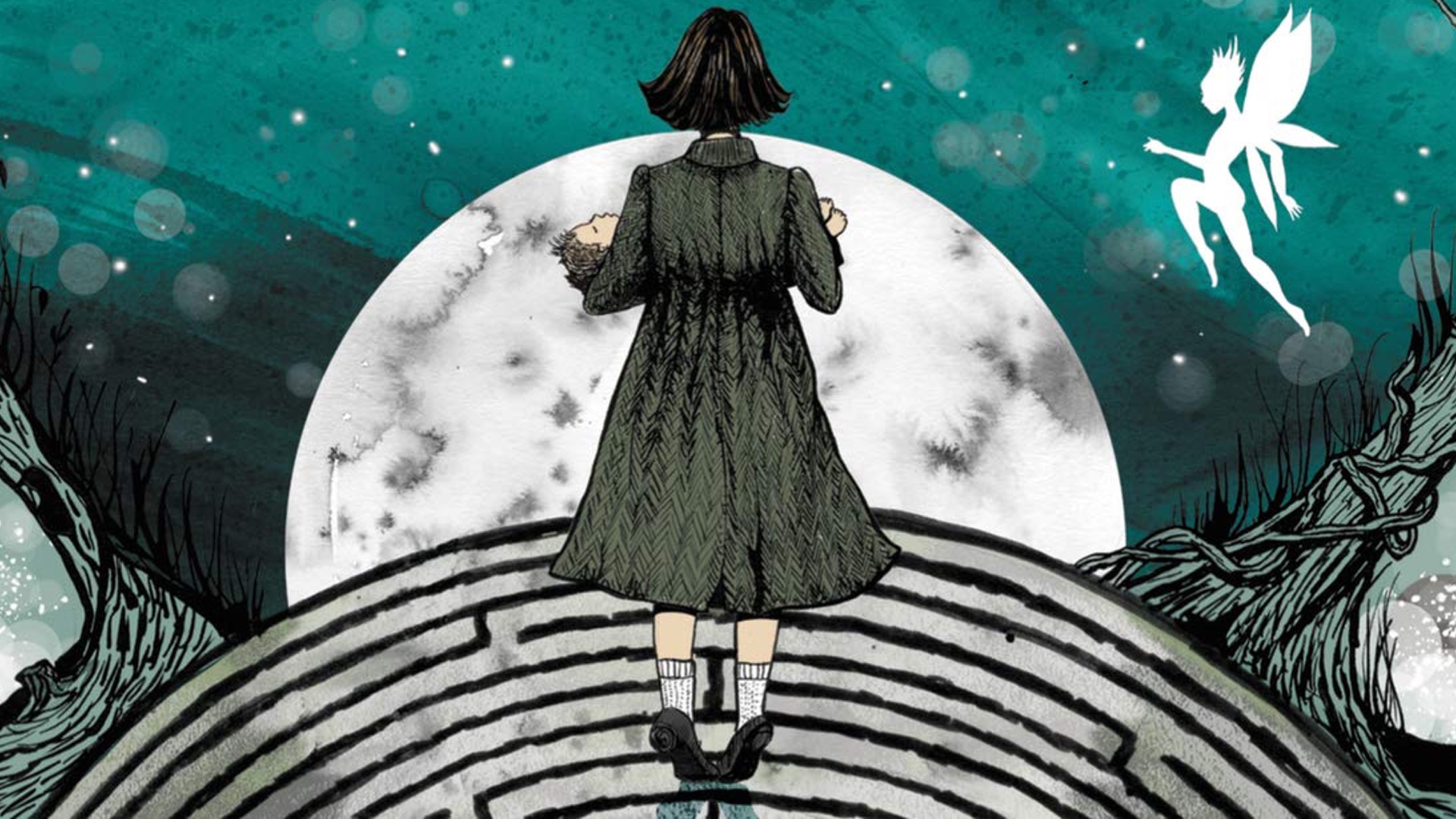 A Fairy Tale Retold In Pan’s Labyrinth: The Labyrinth Of The Faun

2006 saw the release of Guillermo Del Toro’s film Pan’s Labyrinth, known in Spanish as El laberinto del fauno. The film came out at a time when fantasy films like Harry Potter were fresh in people’s minds. Del Toro’s story introduced an emphasis on the darker side of classic fairy tales, set against a backdrop of war. Around 2018, Del Toro and German writer Cornelia Funke (Inkheart,) were said to be adapting the film into a novel. The book Pan’s Labyrinth: The Labyrinth of the Faun was released early July 2019.

In Case You Forgot The Plot…

Pan’s Labyrinth is set in the year 1944, in Francoist Spain, and focuses on a young girl named Ofelia. After her father’s death, Ofelia’s mother marries Captain Vidal, and they move to the countryside. The Captain and his men are busy hunting down rebels hiding in the woods, in order to enforce Franco’s Fascist regime. Still missing her father, Ofelia does not care for the Captain and his stiff, cold nature. Her only concerns are her mother’s health, and the books she has brought along with her. However, she soon discovers a labyrinth near the mill, one that appears ancient.

That same night, a fairy leads her deep into the labyrinth, where she encounters a Faun (a half-man, half-goat creature). Ofelia, the Faun claims, is the reincarnation of a fairy princess, one who ran away a long time ago. Believing she would return one day, her father sent the Faun to find her. But in order to return, Ofelia must complete three tasks before the full moon. As Ofelia begins her quest, the conflict between Captain Vidal and the rebels escalates around her. Like most fairy tales, a happy ending is possible. However, there’s going to be a lot of horror and pain to endure before she gets there.

The Thing About Novelizations…

At best, novelizations of films can enrich the world of the story, becoming an experience on their own. At worst, novelizations are dull works that seem less concerned about quality, and more about getting fans’ money. Naturally, the novelization of Pan’s Labyrinth, an acclaimed work of cinematic art, runs the risk of being the latter.

However, fans can rest assured knowing that the film is in good hands. Del Toro is a director and writer who clearly puts care in what he works on, including collaborations. Funke, meanwhile, is an established fantasy writer in her own right, with years of experience to draw on. The two combined have managed to create something well worth the time of those who read it.

Inside Our Protagonist’s Mind

The benefit of a book over a novel is that there is no real constraint in getting the story across. Unlike a film, a novel can go on for hundreds of pages (A Song of Ice and Fire). Books also get into a character’s head in ways that can’t be done in film. There’s no real opportunity to slow things down for a few paragraphs, otherwise, things would become boring. Pan’s Labyrinth: The Labyrinth of the Faun takes full advantage of its new medium to communicate its themes.

What readers will notice right away are the peeks the novel offers into Ofelia’s mind. The original film made it clear Ofelia was into fairy tales, showing her reading books early on. The novelization, however, goes deeper, exploring her worldview and how she sees things in terms of fairy tale allusions. In Ofelia’s mind, the Fascist soldiers are big bad wolves terrorizing the land, and Vidal the fiercest wolf. The girl lives and breathes fairy tales, connecting her to the Faun’s realm. Ofelia muses about how her mother thinks fairy tales have nothing to do with reality, but silently quips that

“They had taught her everything about it.”

The Other Characters of Pan’s Labyrinth

Greater detail is also given to Vidal, the story’s antagonist, as well as his relationship with Carmen. Viewers of the film already know how Vidal’s father was responsible for making him who he is. The book adds in more detail and gets very specific over how the Captain ticks. Carmen, meanwhile, is portrayed as a woman trapped in a fairy tale of a princess waiting to be rescued. Her defeated nature contrasts Ofelia’s own determination and rebelliousness. Similar bits of character detail are scattered amongst the rest of the cast.

None of the above-mentioned information is new. What is new is the added backstory regarding the fairy tale world the Faun and the other fairies hail from. Del Toro and Funke go the extra mile, adding greater depth to the magical land Ofelia wishes to (re)join. These stories are much lighter in detail than the main plot, like actual fairy tales. They echo classic fairy tale motifs, feeling both familiar and new. Those familiar with the legendary Green Children of Woolpit will see shades of it in the story of the lost princess. Meanwhile, the backstory of the mill Ofelia finds herself in echoes of stories such as “The Nixy in the Pond.”

Del Toro and Funke also connect the Pale Man to the cannibalistic Spanish monster known as the Cuegle. Such retellings and allusions are nothing new to this genre. Accompanying each fairy tale is an illustration by artist Allen Williams, beautifully visualizing the dark, surreal fairy tale atmosphere. Williams’s pictures illuminate the tale in a way that makes them inseparable from the text.

Pan’s Labyrinth was an emotionally-engaging story about fairy tales and their relation to reality. It would have been fine leaving the film as it is, for others to discover it again and again. However, the best fairy tales and stories deserve to be retold, and the novelization does a good job of keeping the story fresh. Like all good retellings, it brings back a familiar story while also adding something new to the table. In a world where most novelizations run the risk of cheapening the themes of a film, Pan’s Labyrinth: The Labyrinth of the Faun is the rare one that succeeds in doing the exact opposite.