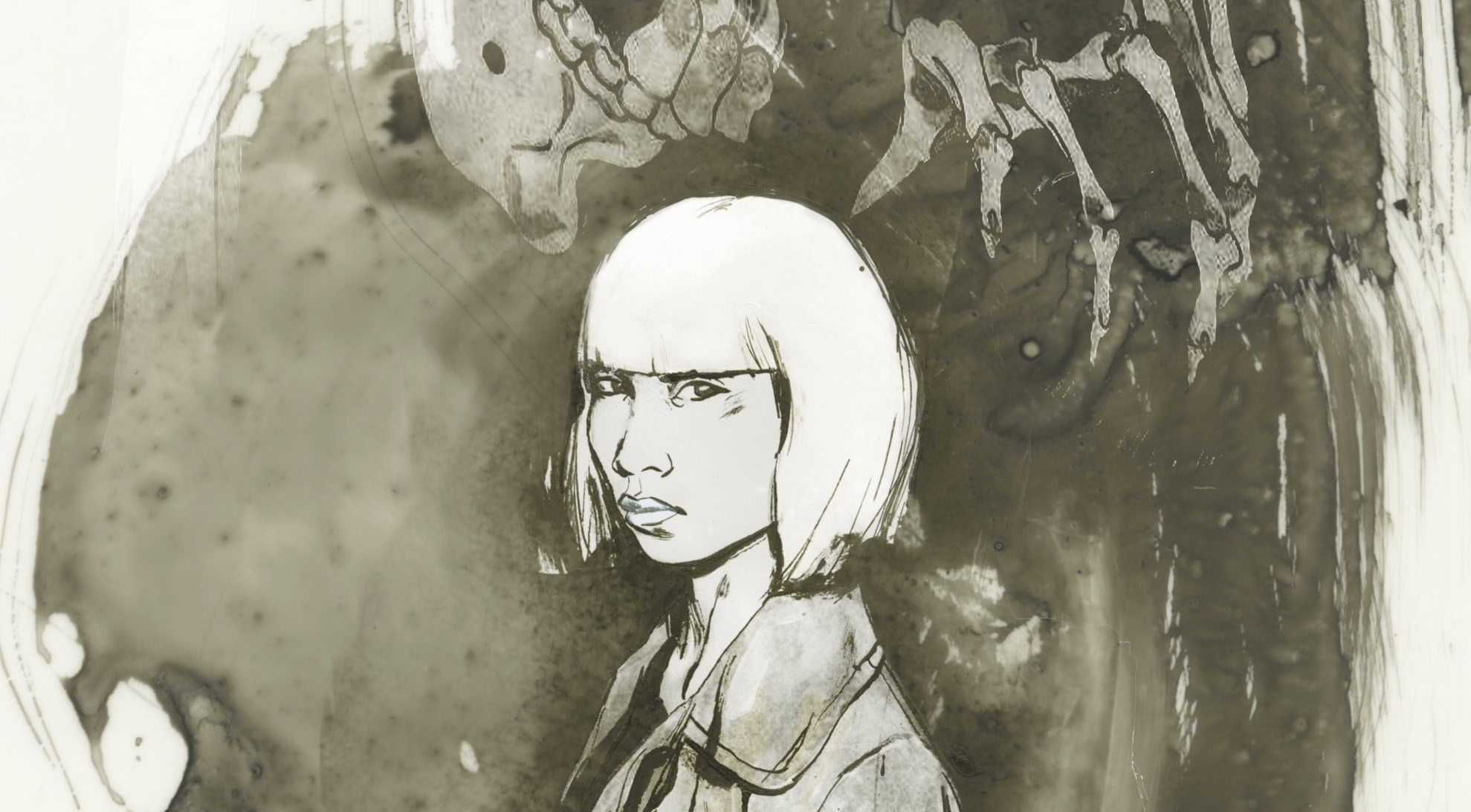 Everything Is New In Pearl #7

After a brief hiatus, Pearl #7 begins a new arc in the strange world of everyone’s favorite tattoo artist. Brian Michael Bendis and Michael Gaydos really struck gold with the first arc. No one expected this book to explode in popularity the way it did, but boy, am I glad it did. This has been some of Bendis’ best work since his Daredevil work in my opinion. Pearl #7 demonstrates this perfectly as it goes in a different direction than you are expecting and develops a new style.

Bendis Masterfully Blends The Old With The New

Picking up a few days after the last issue, we quickly get caught up to speed with all the main players in this story. But as I said previously, this issue is intended to go in a different direction. So far, the Pearl series has been about being as anti-cliché as possible while telling a thrilling tale involving likable characters. Well, Pearl #7 is no different. The biggest change is that we now get a new setting. Pearl leaves San Francisco for good and arrives at the home of many comic book writers aka Portland, Oregon.

But no matter how things change, something will always be the same. Mr. Miike followed her, but instead of being revealed in a dramatic way, we meet him enjoying a gyro. Again, Bendis is taking everything and turning it on its head in a good way.

The other big change is the introduction of a new character, FBI agent Yuko. Where you would expect an FBI agent investigating a shooting at a night club to be serious, Yuko is anything but that. She has an energetic vibe about her and seems to have a constant smile. We get a lot of her backstory through a transcript of an interview and from that we understand that she is career focused. She isn’t your trope of the corrupt agent or the dead serious agent. She is just a career-oriented person that seems quite optimistic, at least for now. I will also say that I’m glad Kimmy is getting more focus in the arc that Pearl #7 starts. Her interactions with Pearl in the last arc were some of the best parts. Her more down to earth personality bounces off Pearl’s broody persona quite well.

Michale Gaydos’ art for the last arc was amazing. He would change the color pallet and style for each scene. This really helps put emphasis on certain moments and emotions that made it amazing to read. In Pearl #7 this continues, but with some additional elements that he has experimented with before. Blending real pictures in with his art gives Pearl #7 a distinctly different feel than the previous arc and that’s a very good thing. Bendis did promise a new direction to continue his anti-cliché storytelling.

The scenes where Pearl and Kimmy are on the road are magnificent. Gaydos manages to blend his art with maps, locales, and an intriguing art style that really makes the page pop. It gives Pearl #7 a distinctly road trip quality in comparison to the dark and muted color pallet from the previous arc. The scenes in Portland seem to have more variety of color than any in San Francisco, which gives the reader the feeling of this brand-new world of unexplored opportunities. This is great because this is exactly how Pearl is feeling, as she has just left her home for good along with everything and everyone she cared about. Gaydos’ art throughout the Pearl series has been great at putting us in the head of the characters. This issue excels at this while also feeling different than what came before.

Pearl #7 Proves That A Change Of Style Can Work

Pearl #7 is a slow start to what will most likely be another great arc. The change of visual style and setting truly helped sell Bendis and Gaydos’ idea of a story that avoids every cliché in the book. For my money, it is well worth it.