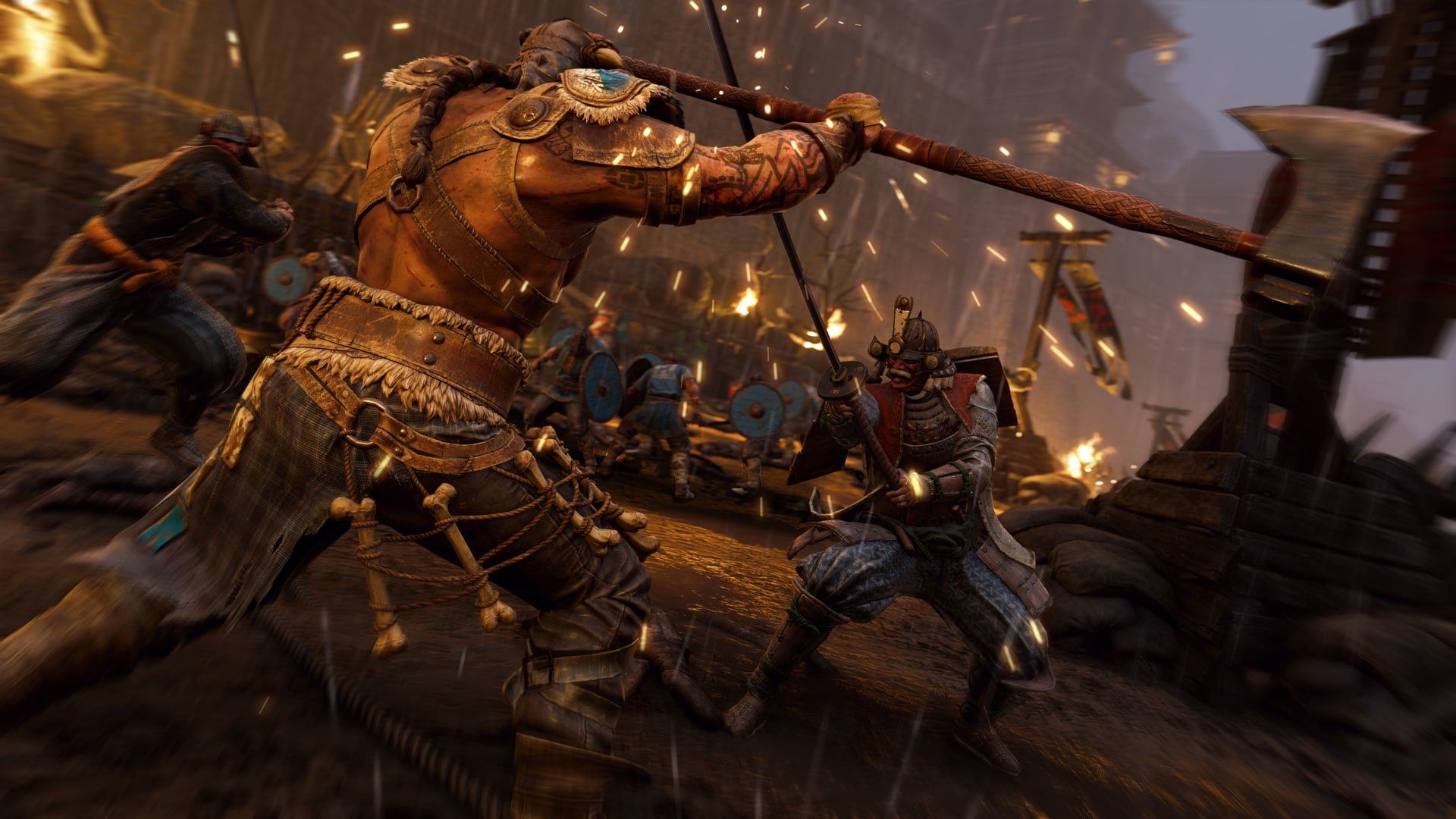 Everything We Know About For Honor: Year Of The Harbinger

Coming off the flames of Marching Fire, For Honor continues its expansion with the announcement of Year of the Harbinger. The upcoming set of seasons will include the addition of four new heroes, character adjustments, and newly customizable aesthetics. The first of these upcoming updates will launch on January 31st with the shield-bearing crusader, the Black Prior.

Plans For Year of the Harbinger

Before any other announcements, developers unveiled projected dates and plans for 2019. Each season will include one new roster addition for each faction and a seasonal event to go with it. The first season of Year of the Harbinger was teased as “Vortiger.” The community then used that name to refer to the first of the incoming characters.

Furthermore, players can expect plenty of new aesthetic additions per season. For Honor developers have prided themselves since the release of the game about weekly updates. Whether it emotes, outfits, ornaments, or executions, the community can continue to expect new options for player uniqueness.

The First Harbinger: The Black Prior

It was first revealed live on January 24th, the Black Prior is the new shield-bearing knight hero. “Vortiger” was later clarified as the in-game lore title for the leader of the Black Priors. In the same Year of the Harbinger Warrior’s Den livestream, the weekly stream of For Honor, developers did a huge three-hour event with some popular streamers.

Once knights of the order of the Holy Balaur, the Black Priors were born when their leader, Vortiger was swayed by Apollyon’s promises of power. With her defeat, the order dispersed and disappeared. Now, the Black Priors have returned and fight for Vortiger, seeking to make amends for their past and pledge fealty to the Knights.

Apollyon was the main antagonist of the For Honor campaign. After you, the main protagonist, ends her reign, the world struggles to restore itself to peace. Those events happened some years ago, but now the Black Priors will redeem themselves from their past.

With the coming of another hero comes the addition of a new map. The Harbor will be available for dominion and most likely available for duels (1v1s) and brawls (2v2s). Players may have to expect that the map will be unavailable for tributes and deathmatches, however.

The map’s overview video describes the Harbor as follows:

“Long ago, Harbor was a port town where the Black Priors once helped the Knights defend against impossible odds. The port still holds immense strategic value for its location and continues to be a highly contested area.”

Despite having a plethora of new lore and new heroes to expand upon, developers have made no comment on whether they have plans to expand the game’s narrative campaign.

For Honor players have been waiting for certain hero moveset reworks. In the coming patch 2.04, four specific heroes will be targeted for massive buffs: the Shugoki, Warlord, Peacekeeper, and Lawbringer. Strangely, the Lawbringer’s rework details have yet to be revealed. However, developers have assured players that although they did not delve into details about the Lawbringer buffs, he will be getting them nonetheless.

Obviously, the left-most weapons have already had their hero revealed. The second weapon is a Chinese sword, confirmed for the Wu Lin hero. The third is a Viking warhammer or maul, a long-requested weapon for either the Knights or the Vikings. The final weapon is a sort of Samurai axe, an “ono.” Although not confirmed, it may be possible that the warhammer hero and/or the ono hero will be heavies, having larger weapons that were traditionally wielded with two hands. Assuming this is correct, it would mean 3/4 of the new heroes would be heavies, forcing the metagame to favor more defensive play-styles.

Currently, the Year 3 pass sells for $30 USD and includes 7-day early access to new heroes, an elite outfit for each of them, an all-new effect for all current heroes, 30 days of experience bonus, and five gear scavenger crates. The $110 For Honor Complete Edition includes the Year 1 Pass, the Marching Fire Pass, and the Year 3 Pass, and will give players who buy it complete access to everything the game has to offer.