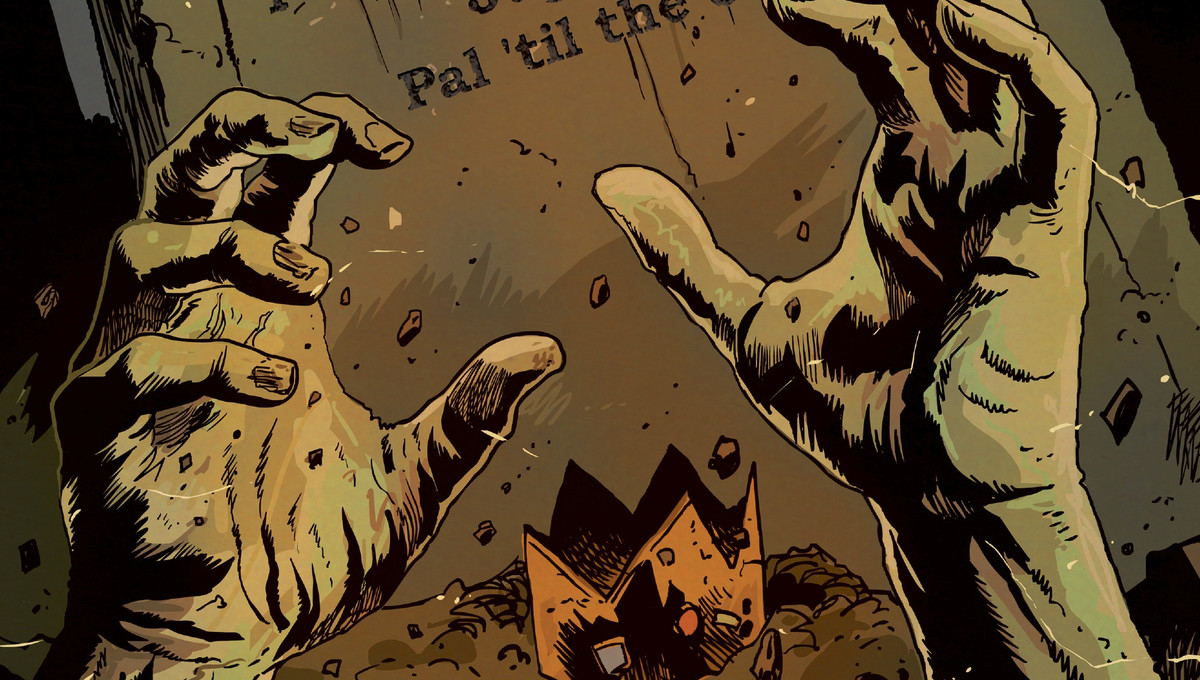 Essential “Deconstruction” Reading List: 5 Of The Best Deconstructive Comics You Should Be Reading

Here are my top 5 deconstructive comics in order of publication date.

The first comic to kick off the deconstructive genre, Watchmen, delves into the morality of superheroes. DC’s Watchmen first published between 1986 and 1987. Today’s comic fans regard it as one of the best superhero comics of all time, despite writer Alan Moore’s best efforts to the contrary. Moore intended to use this story to kill the superhero comics genre, and it’s easy to see how. The standout deconstruction of Watchmen is the character of Doctor Manhattan. Moore asked the audience what would happen if Superman really did come to Earth?

If an all-powerful being was walking among us, how long would it take before he stopped caring?

Manhattan’s struggle with his humanity is one of the most compelling parts of the story. There are a few other notable deconstructions in the form of characters. Rorschach is a masked vigilante whose violent behavior is really just a reflection of a damaged man with a warped sense of justice. The two generations of Silk Spectres show the sexual harassment faced by women in the superhero career path. Watchmen was debatably the first widely successful graphic novel, and certainly, the first deconstructive superhero comic released to wide acclaim.

Brat Pack is a lesser-known series. King Hell Press published it between 1990 and 1991. Rick Veitch, a DC and Underground Comix alumn, wrote and illustrated the story. Rather than focus on the main heroes, Veitch tells the story of a group of sidekicks working with the pseudo-Justice League. The character parallels are even more obvious than in Watchmen, and the subject matter is even darker. Perhaps after seeing how many crummy comics came from people misinterpreting Alan’s work, Veitch penned a truly depressing tale of teenage debauchery and destruction.

In the fictional city of Slumberg, Black October is the law. They’re a gang of masked heroes who have already saved the day but keep their hero mantles for the status and power it gives them. The characters are warped reflections of popular DC characters: A serial rapist Batman, a misandrist Wonder Woman, a racist Daredevil, and a junkie Green Arrow. These four have just lost their sidekicks, a group of seemingly useless delinquents, to a car bomb. The series proper follows a new group of teens as they are brutally hazed into the life of sidekick-. Until the very end, they don’t think to question why heroes even need sidekicks in the first place.

This is the last superhero one, I promise! Author/artist Adam Warren describes Empowered as, “A sexy superhero comedy, except when it isn’t…” While Dark Horse originally published the series in 2004, Warren has since been uploading Empowered as a webcomic in its entirety, updating a page a day. While Empowered is certainly a goofy superhero deconstruction, its main beef lies with the damsel-in-distress.

Our heroine for the evening is Empowered, no, like that’s actually her name. She started the series as a nervous, self-conscious hero-in-training with a special knack for getting captured and put in… compromising… positions. Her powers come from her super suit, which is just as fragile as her ego. Along the way, she befriends a ninja from New Jersey and hooks up with a hunky former witless minion, all of whom have a lot to say about their own work force. While the early years of Empowered haven’t aged well humor-wise, this comic is an absolute guilty pleasure. Warren shows his talent for taking a goofy comedy and elevating it into a breathable, livable world.

While Riverdale is busy kicking sand over the legacy of Archie, the comics that first made him a household name are stronger than ever before. Yes, the New Archie Comics have incredibly nuanced views on high school life, but I think the best place to look for genre deconstruction is 2013’s Afterlife with Archie. When Jughead begs Sabrina to bring his beloved friend Hotdog back from the dead, nobody can anticipate the horror that’s about to befall the Riverdale gang. Think of it as a blend of Pet Sematary and all your favorite John Carpenter movies. In the horror genre, Afterlife is one of the most exceptional deconstructive comics out there.

Horror comics are nothing new to the market, but there’s something especially terrifying about seeing symbols of good-natured American teens in 70’s slasher scenarios. Despite all of the horror trappings, it’s still a solid Archie book! The characters behave in line with their canon personalities. Archie is still a kind kid who wants to help his friends. Jughead’s bereavement over losing Hotdog is completely understandable if you know how inseparable they are in the original comics. In fact, writer Roberto Aguirre-Sacasa even deconstructs a bit of Archie’s weirdness by pointing out the incestuous nature of the Blossom sibling-relationship. More importantly, by getting Cheryl the hell out of there.

Y’all knew I was gonna go back to magical girls. Dark Horse comics published Zodiac Starforce starting in 2015. Kevin Panetta writes the series and asks what happens when magical girls have already beaten the bad guy. Paulina Ganucheau‘s graphic-cartooning breathes life into every candy-colored page. The Starforce girls are older and wiser than they were when they first got their celestial powers and a whole lot sassier to boot.

The high school has taken its toll on these longtime friends, who have had to relearn the lessons every magical girl learns on day one: that friendship is the strongest power in the galaxy. The series leans a bit more on the realistic side, with the girls being a whole lot more mortal than their genre contemporaries. You can’t just fling these girls into a wall like Sailor Moon and her friends, they will break. That terrifyingly human aspect is the driving heart of the Zodiac Starforce in a lot of ways.

Not only are they vulnerable physically, but also mentally. And they can only confront their inner demons by teaming up to face their outward ones.

Deconstructive Comics At Their Finest

You can’t just make a gritty, nasty comic. You need to have a purpose behind it, and Moore did. The finest deconstructive comics are the ones that have a reason behind their deconstruction. Think of the difference between satire that just makes fun of something, and satire that points out a real societal wrong. That’s the difference I’m talking about here. There isn’t always a right time to deconstruct comics.

The current comic climate hasn’t seen a classic format story in a long time. Pretty much everything on the shelves today is derivative. In fact, I wouldn’t be surprised if a deconstruction of deconstructive comics hit the market sometime soon.