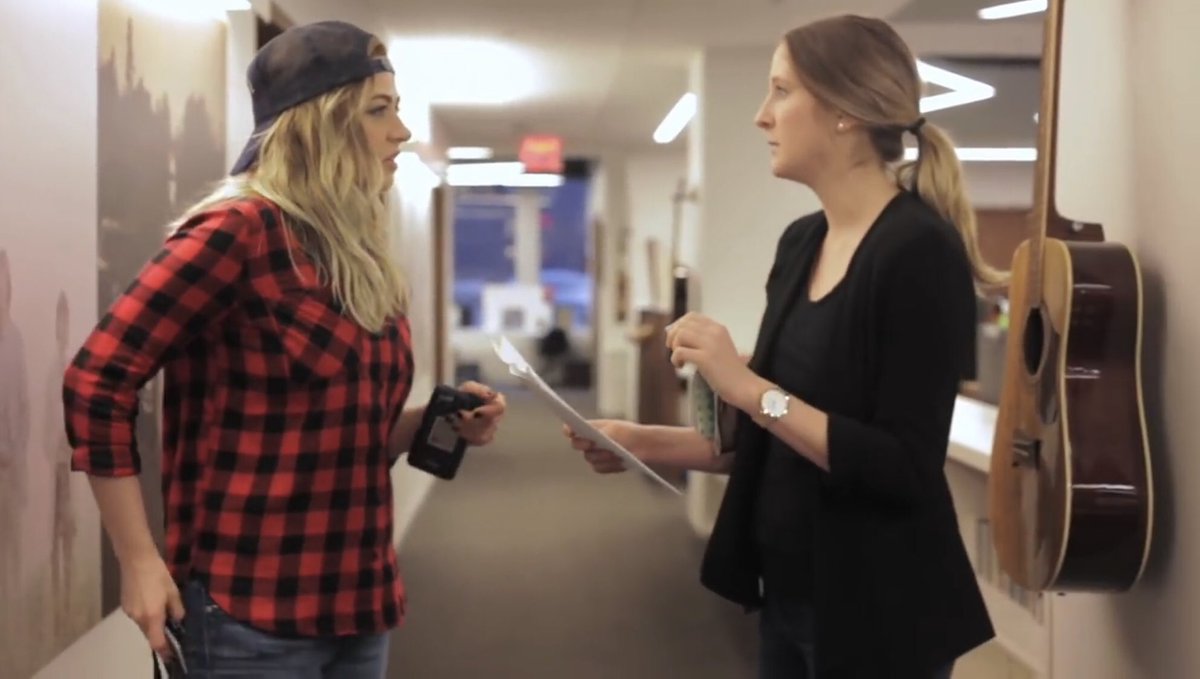 There is a new web series on the market and it is by the name of Labeled. Labeled is a female-driven workplace comedy about low-level employees dealing with high-level problems at a major record label East Pacific Records. It stars Bethany Watson (iHeartRadio host) who is also the co-producer. You can check out Labeled on their website and check out all the episodes!

A Review of Labeled: Episode 1

In the first episode of the web series we see turmoil — and by turmoil, we mean pictures on social media causing a ruckus. Mike is working on getting a private part picture from social media. He has contacted the East Pacific Records team to do so. Throughout this first episode, we get major comedy. And, we believe it is because of the crazy situation we have at hand.

Not only that, but the characters play well off of one another. The main character who is played by Watson is one of the best characters on the show. Plus, she wears a mean, clean flannel in this episode which we love. The episodes are nearly five minutes long, so they are not vast episodes to watch at all. While this first episode is getting you ready for what is to come, it is a great introduction to what you will see in the future of the Labeled web series.

The episodes go by quick, they often leave you wanting more so you end up watching them all. However, they are worth the time and they are hilarious. So much happens in such a short time span of the episode it doesn’t seem like 4 minutes.

When you get to the end you realize everything that has happened and laugh because as each episode progresses everything gets crazier at East Pacific Records. If it isn’t one artist, it’s another and they just keep the ball rolling.