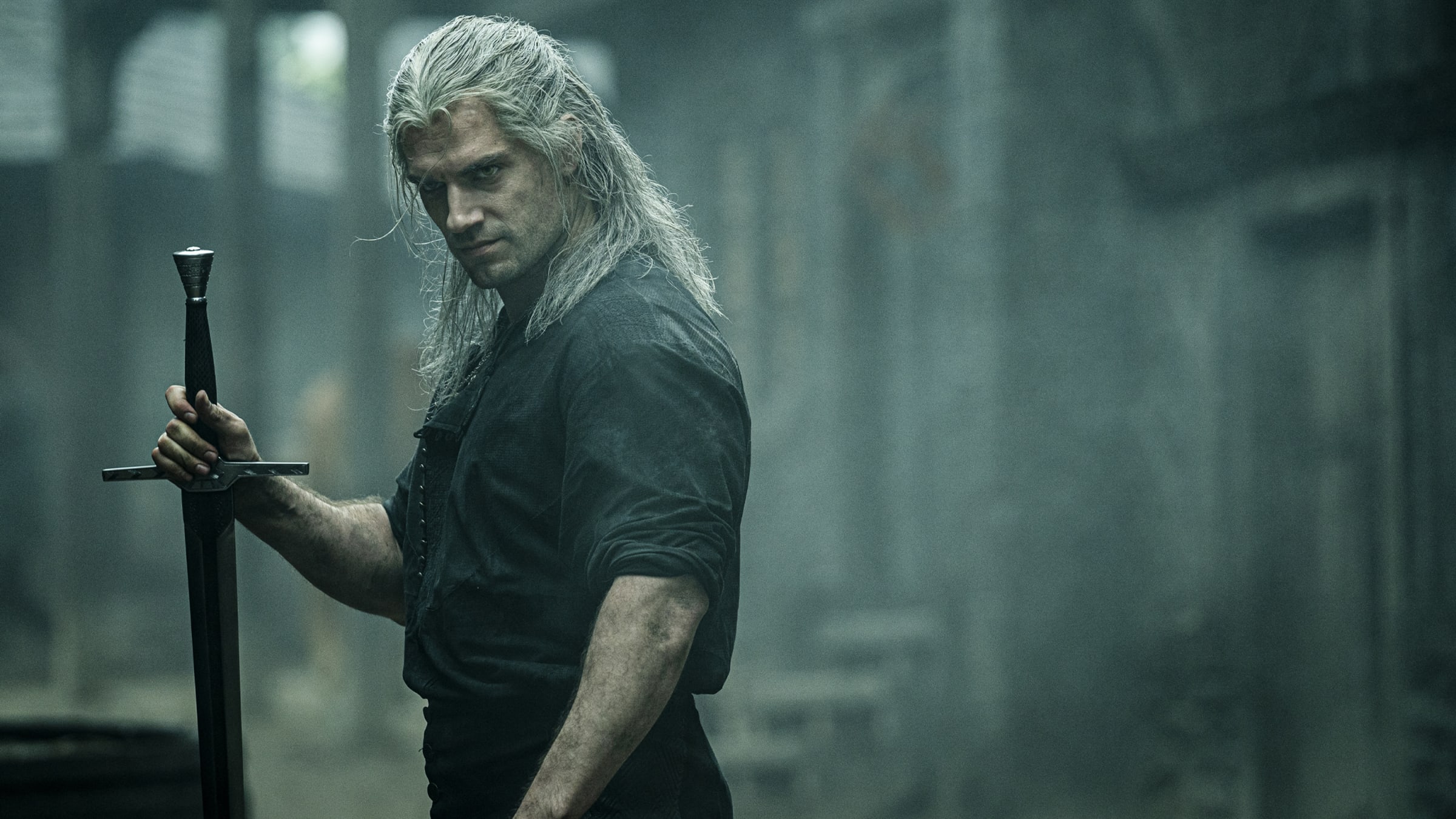 Does The Witcher’s Geralt Of Rivia Have Toxic Masculinity?

Long-time fans of the books and video games are thrilled with the adapted Netflix series The Witcher. Many viewers are also infatuated with the raw masculinity of Henry Cavill’s portrayal of the Witcher, Geralt of Rivia. The man who brought us arguably the best on-screen portrayal of Superman excels at playing the mutant monster hunter. Cavill admitted in an interview with ET that he is a “huge” fan of the games and books, and is

“rabidly enthusiastic about doing the right thing for the show.”

This passion is obvious. He and his team go above and beyond to make sure every aspect of Geralt is authentic to canon, from the detailing of his long white hair to his excessive training at Flex Gym. Besides his painstakingly God-like good looks, what makes this character so irresistible? As a Witcher, one of Geralt’s most notable traits is that he is not quite human, and therefore not burdened with natural human error. But does this lack of “humanity” and alleged repressed emotions lead the way to toxic masculinity?

What Is A Witcher?

In order to better understand Geralt, we must first understand who he is. In this realm, Witchers are mutated humans naturally skilled with swords and immune to magic. They are born with this mutation and are often sent away to train as Witchers. Geralt’s mother abandoned him at a young age, leaving him with the Witcher, Vesemir, who then took Geralt to Kaer Morhen to train. While he was there, Geralt was subject to alchemical trials, including ones that changed his eye color. Many Witchers do not survive these trials; however, Geralt came out the other side stronger for them.

“Witcher’s shouldn’t play at being white knights. We shouldn’t try and uphold the law. We don’t show off—we get paid in coin.”

– Geralt of Rivia quoting his mentor Vesemir in the Netflix original series The Witcher.

The people of this realm know Witchers to be nomadic monster hunters. Grossly misunderstood, Witchers are widely feared and hated. This hinders Geralt’s travels and makes his life even harder. Any ordinary person would cultivate resentment towards these people, but not Geralt. He stays quiet, avoids unnecessary conflict, and helps those in need. Due to their isolated nature, people often blend Witchers together, removing any semblance of individuality or autonomy. The actions of one Witcher are often generalized to be the actions of all Witchers. However, after meeting and accidentally befriending a bard, Geralt becomes known throughout the land as a heroic defender and slayer of monsters.

What Is Toxic Masculinity?

It’s a touchy subject. Also known as “traditional masculinity,” the “toxic” quality eludes to the damage this trait has on the people interacting with it. Although the A.P.A. has stated that positive qualities, such as courage and leadership, should be encouraged, most other “toxic” qualities only hinder a person. Below is a checklist of the hindering qualities of toxic masculinity. We will be checking Geralt’s actions and hyper-masculinity in correlation to these qualities.

This is tricky because Geralt is strong, dominant, and alpha. Much of his character is inherently masculine. However, while Geralt needs to have these traits to battle monsters and enemies, he doesn’t project them in relaxed social situations. In other words, he doesn’t flex these traits; they exude from him effortlessly.

As for the “alpha” part, he doesn’t rule a pack or demand respect from those he meets, yet he holds himself responsible just as a lone wolf might. In fact, when the Queen of Cintra talks about breaking her husband’s word and defying fate, Geralt agrees fate is nonsense but still believes “a promise made must be honored. As true for a commoner, as it is for a Queen.” He believes in a set of morals everyone should uphold, and no one, not even a Queen, is above morality.

We don’t often see Geralt in any fit of rage or anger. While he does voice his concerns and disagreements, he is never angry when they are not heeded. The Witcher keeps an emotional distance. He knows all he can do is speak reasonably and keep a level head in an argument, but he never feels the need to win or get upset when disagreed with. In a way, he pities these people for their inability to see reason and accepts that only the consequences of their actions will convince them they were wrong.

We see this restraint in his interaction with the King of Temeria when discussing the possibility of the Striga monster being his daughter born of incest. Not once has he resorted to violence or over-exaggerated his anger and frustration. Instead, the Witcher calmly herds the crowd out of the room to speak with the King alone. Aware this is a sensitive topic, Geralt implements cautious and logical reasons to question the King. When his efforts fail, Geralt refuses to give up on the cursed princess. He continues with the rescue mission because that is what he feels is the right thing to do.

On the road, villagers constantly accuse Geralt of having no emotions. Although it is usually posited as a question—”Is it true Witchers have no feelings?”—anyone who watches the show in its entirety would find this untrue. Henry Cavill answers this best:

“The rumor about Witchers is that they don’t have emotions—they are emotionless. And that is perpetuated by them. They deliberately push that out there so when they negotiate they can drive a hard bargain, because whoever they’re negotiating with believes they have no emotions, they can’t appeal to their soften nature or their good nature. Ironically for Geralt, he is no different. He has emotions, very much so. He has built a wall up around his heart.”

– Henry Cavill in an interview with IGN

This encouraging repression of emotions is a dangerous gateway to toxic masculinity. However, Geralt is not unconsciously pushing his feelings down out of fear of being vulnerable, and therefore weak. Rather, the Witchers of Kaer Morhen trained him to be this way in order to make business simpler. Geralt expresses his emotions at the appropriate time. When Yennifer confronts him about his feelings for her, for instance, he is willing to talk about them.

In this case, the transference of responsibility refers to not taking accountability for your feelings, actions, and consequences, and instead shifting the blame to others, mostly women. Stregobor the Sorcerer is an excellent example of a person who does this. When speaking with Geralt about Renfri and the sixty women born on the Black Sun, he states he had no choice but to kill these women. His ugly destiny to rid the world of these “dangerous” women was due to a prophecy warning of the coming of the demon Queen Lilit. “The lesser of two evils,” he asserts as his excuse for killing them rather than keeping a watchful eye over them.

Stregobor did this again when he accused Renfri of manipulating people with her dark “internal mutation.” When Geralt expresses distrust in the Sorcerer and threatens him, Stregobor blames Geralt’s feelings on Renfri’s manipulation. Considering the Witcher’s immunity to magic, this seems highly unlikely. Geralt’s dismissal of these statements and mounting distrust of Sorcerers rescue him of this quality. In addition, the Witcher’s careful decision making and fear of consequences show he is highly aware of his own actions.

For being a quiet and solitary man, Geralt finds time in the eight-episode series to have consensual sexual relations with three different women (that we know of). Not once did the Witcher express feelings of entitlement or become violent. Admittedly, Geralt did pay one of those women. However, it is important to note that when faced with either paying his hotel bill or paying the woman, he doesn’t hesitate to hand all of his money over to her.

When faced with a man that is sexually entitled and violent, Geralt kills him. As he later tells his horse, not long after leaving Kaer Morhen he encountered a grotesque bald man who had ripped a girl’s dress off in front of her father and threatened to show her what a “real man” was like. Geralt describes this interaction as the first monster he killed.

In this case, “non-toxic” refers to men that do not adhere to traditional male standards of behavior, such as dominance, strength, and alpha male bravado. Geralt’s bard, Jaskier, is an excellent example of this type of man. After meeting Jaskier, Geralt does not hide the fact that he annoys him. It’s a relatable feeling. Geralt does punch the lute player after he calls him the “Butcher of Blaviken”—which is an unfortunately violent and unnecessary display of toxic masculinity. So, he loses some points there. However, the bard is seen with the Witcher for five of the eight episodes, and Geralt even agrees to protect him from a few dozen men at one point.

The brooding Witcher would never admit to being friends with Jaskier, so the lute player acknowledges their friendship for him, arguing “you usually just let strangers rub chamomile all over your lovely bottom?” Geralt is, as per usual, left without words.

7. Extremely Fragile Sense Of Self

This trait relies on the idea that men are dominant as a sense of self, rather than the idea that they are inherently valuable. This causes them to constantly reassert themselves as dominant every time that ideal is challenged. Alternatively, Geralt’s sense of self not only relies on the fact that he is a Witcher, but that he is a moral and reasonable man. People often challenge and question his decisions, yet he remains steady in his beliefs. However, when Geralt declares the “law of surprise” as payment and receives a child, he begins to question his skepticism of fate. He does this in a healthy manner and ultimately accepts the princess, Ciri, vowing to protect her.

Geralt Of Rivia & His Toxic Masculinity?

Geralt, the White Wolf, passes with flying colors. There is no doubt about this Witcher’s raw and palpable masculinity. Fortunately for us viewers and fans, the man is careful to avoid situations that would lead him toward toxic masculinity. So, if you’re looking for a man for your significant other to emulate, look no further than Geralt of Rivia.