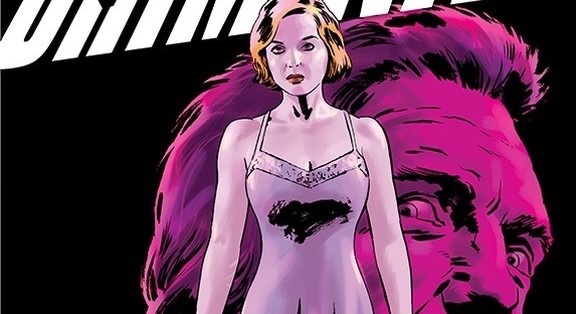 Discover What Jane Means To Teeg In Criminal #6

The most anticipated story arc in the Criminal series history kicked off with the last issue. Now, in Criminal #6, we have the second of three parts that provides some new information on the story by changing the point of view character. This is a very interesting creative decision on behalf of Ed Brubaker, Sean Phillips and Jacob Phillips that really pays off.

In the last issue, we met Dan Faraday as he tracked down Jane, who he quickly became infatuated with. By the end of the issue, Dan had been beaten senseless by Teeg, who then ran off with Jane. Criminal #6 now retells these events from the perspective of Teeg. We jump back a few days, see the hotels they stayed at which Dan visited. And by the end, we see Teeg beating up Dan and making his exit with Jane. What’s fascinating about this perspective change is how it helps build this arc into something special. Each of these three issues that form the story arc “Cruel Summer” are acting like a mosaic. Each issue stands fine on its own and contains many of the same events, but comes together to form a more cohesive whole.

With this mosaic structure to the arc, we are getting some interesting insights into the three characters. Dan was a hunter who was mistreated and slowly turned into a stalker. Teeg is a career criminal who is used to living life day by day, barely scraping by. Jane comes into his life and teaches him how to slow down and enjoy life. Though their version of enjoying life is crime sprees, sex, and luxury hotels. The narration even points out that happiness is just another drug. A high that’s hard to come down from and can cause you to lose sight because you forget what life was like before. Teeg has always been a neglectful father, but now he sees his son as the person ruining his happiness.

The Question Is: Who Is Jane, Really?

For two issues, we have followed two people who instantly became enamored with Jane. While this story arc may be about how Teeg Lawless died, the most interesting mystery for me currently is Jane. We know from a previous issue that she had multiple identities, tends to attract people who are desperate and at a bad point in their lives, and is always on the run. Criminal #6 offers some more information about Jane but still leaves certain things up in the air.

For instance, Teeg wakes up to find that Jane has locked herself in the closet and seems to ramble on and on, endlessly. The narration describes her almost like a kid at that moment, afraid of what is to come. Interestingly, Dan was trying to fill the void left by his mother. Jane, to him anyway, resembled his mother. Someone that could set him straight and keep perspective.

This quickly caused him to spiral into a stalker mentality. In the narration, it is mentioned that these moments of delirium by Jane makes Teeg more protective of her like she is his child. Teeg, as mentioned above, is not the greatest father to Ricky and maybe he’s projecting his own faults onto the situation, much like Dan. This has me very curious about who Jane is and why she has this effect on these two men?

Criminal #6 Continues A Must Read Arc

Criminal #6 changes the perspective on this arc and gives us many answers to questions that came from the previous issue. At the same time, it quickly begins to ask just as many questions as it answers. This has been a fabulous series and Criminal #6 demonstrates just how different a direction that Phillips and Brubaker can take with each issue. I can’t wait to see the conclusion of “Cruel Summer” which will be told from Ricky’s perspective.