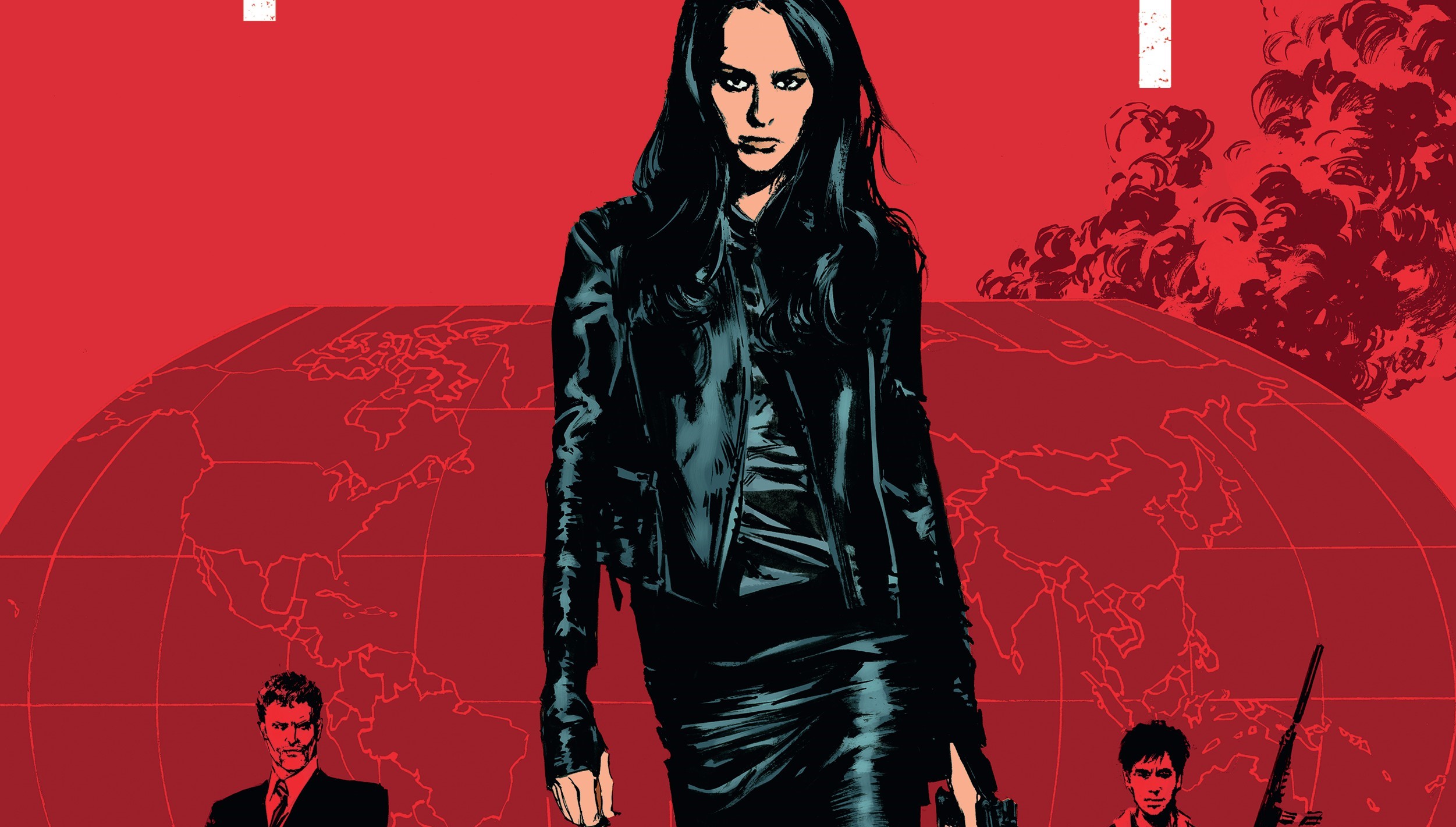 Delve Into A Dark Spy Origin With Amber Blake #1

Amber Blake #1 kicks off a new spy thriller comic book series from model turned writer Jade Lagardère. This issue is pure setup, telling the origin of our particular character at lightning speed. This comes with both positive and negative effects. But regardless, Amber Blake #1 provides us with an interesting start to the series.

This is Jade Lagardère’s first comic, and as a result, I can’t really blame her for the frantic pacing of Amber Blake #1. Comic book pacing is very different from other forms of storytelling and as such, requires careful balance to perfect. I will commend Jade Lagardère for the sheer amount of story she packs into this issue. We flash to various points in Amber’s life, seeing the girl she was and then see her becoming the bright woman she needs to be.

The problem all of this entails is that the audience doesn’t get a chance to breathe and just live with the characters. Several people introduced were killed off only a few pages later, meaning their deaths had little impact on the reader. However, this also comes with a positive trait attached to the frantic pacing. Amber’s life is quickly thrown off kilter and becomes chaotic. Nothing makes sense, as everything she knew and loved was unceremoniously taken from her. This haphazard pacing actually puts the reader into Amber’s head, causing us to feel just as confused and disjointed as our titular hero.

Jade Lagardère’s dialogue is on point, beautifully blending realistic child dialogue into the more mature dialogue of Amber as she grows. There is a particular point in the issue when the villain of the piece is introduced, and his dialogue is just a little off. Meaning that the reader feels uncomfortable around him and thus seeding the fact that he is in actual fact a horrible person, as Amber finds out later.

Realistic Art That Conveys The Mood

Butch Guice’s art is amazing. It’s rough when it needs to be rough and clean when it needs to be clean. The violence is simultaneously fluid while also capturing the chaotic nature of fights, meaning that everything seems to go by fast and is hard to pick out. This is a plus, as the art becomes less sketchy the moment Amber has to make her first kill, as it then reflects Amber’s own mental state as she agonizes over this decision.

Butch Guice is also the colorist for Amber Blake #1. Before Amber was rescued and taken to Peter Arg, Amber Blake #1 had darker colors and a muted pallet. Things seem less full of life, less strange, but sadly more realistic. Especially when Amber is forced to sleep on the streets. Then when she is taken to Peter, the colors become more vibrant, as though hope has been restored to Amber’s world. This is a good juxtaposition and shows the reader that this entire comic will not just be as doom and gloom as the first part of this issue was.

Amber Blake #1 deals with many heavy topics, the biggest being rape and human trafficking. While frantic pacing means it doesn’t dwell on these aspects for too long, they are integral to the overall plot. A spy thriller dealing with these topics is not unheard of but is rarely done. These kinds of topics need to be addressed. Kudos to the creative team behind Amber Blake #1 for wanting to use the comic medium to tackle these subjects. Let’s hope that future issues delve deeper into these issues with delicate care

Amber Blake #1 Is Both A Hit And A Miss

Amber Blake #1 is an oddball to discuss. It’s clearly the setup for a much larger story and as such can’t be judged until this arc is completed. The pacing is so fast, you can’t really get used to anything before the setting and characters are changed forever. However, the good dialogue, interesting premise, and fantastic art carry you through to the end.