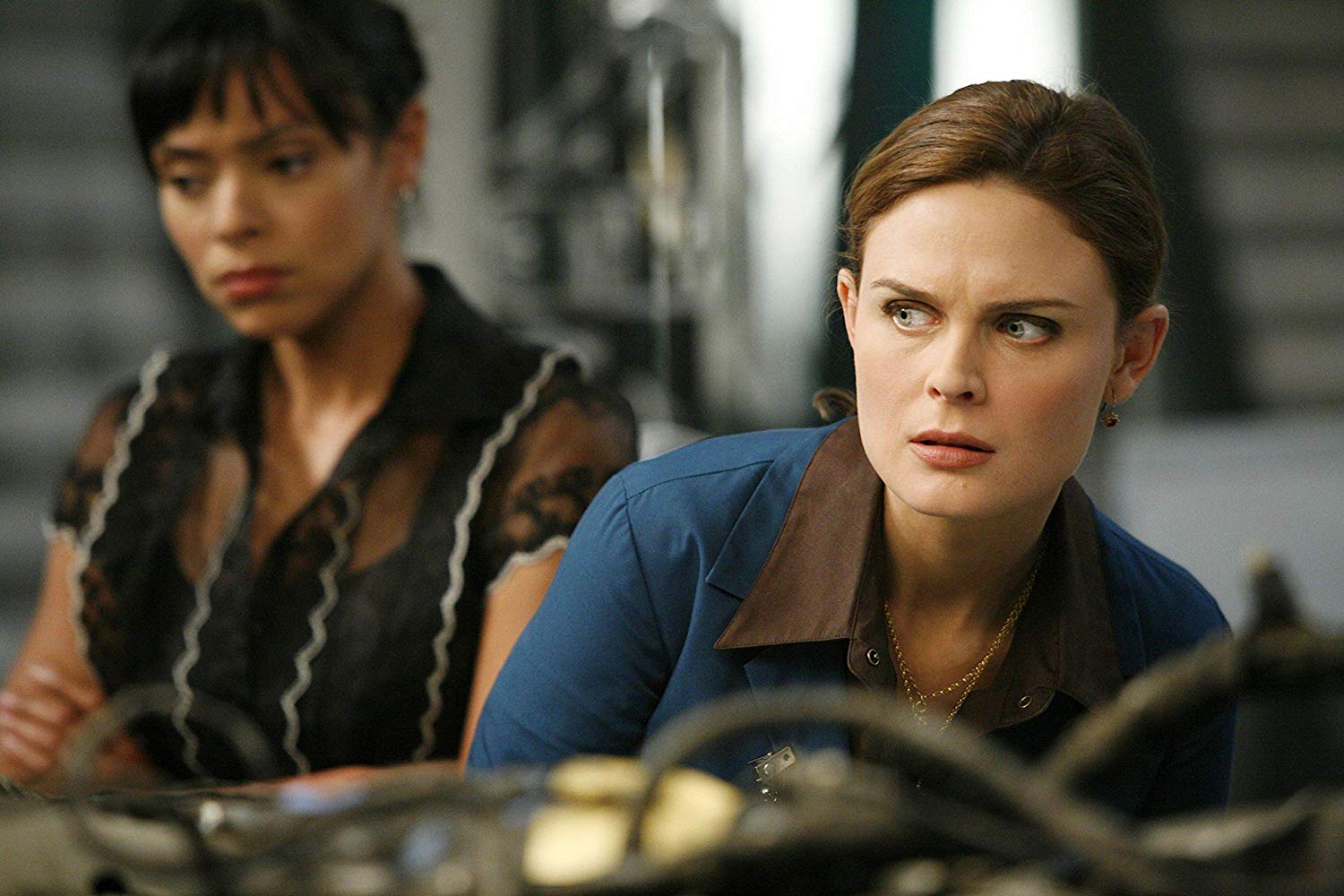 Dear Temperance “Bones” Brennan, You Are A Brilliant, Capable, And Inspirational Person

Temperance Brennan, nicknamed Bones in the TV series Bones, is a strong and smart female character whose story encourages women. She has a brilliant, scientific mind that she uses to improve the world. Her imperfections, like her difficulties in certain social situations, increase her humanity while her amazing acts and strength inspire many.

Bones shows us that a woman can be a scientist, strong, independent, and a bit awkward, but still have a loving group of friends and plenty of lovers. She lets us know that we can be both beautiful and smart, but we don’t have to be perfect; we can be confused or not know what to do in certain situations, and that’s alright. Furthermore, we aren’t defined by those things, but instead by what we do for the world. Bones is not weak, but brilliant and caring. While Bones doesn’t take being treated poorly, she is also loving to those close to her, though this is not always easy for her.

Our Introduction To Bones

Bones is introduced to the audience right away as strong-willed, incredibly smart, and very interesting. The first episode begins with her re-entry to the United States, where she is detained at the airport. A Homeland Security agent followed Bones and her friend unannounced. When Bones confronted him, he made a move to restrain her, which she avoids and even detains him instead. Other security officers quickly respond and surround Bones, who put her hands up while reprimanding the man for not announcing who he was before attacking her.

Bones tells everyone to calm down, which they do, and the Homeland Security agent requests to see what is in her bag. In her bag is, unsurprisingly, a human skull. At this point, the security officers take Bones to a room. Here, the Homeland Security man questions her for quite some time before an FBI agent she’s worked beside in the past, Agent Booth, shows up to vouch for her. Bones is understandably frustrated but is further infuriated when she figures out that Booth orchestrated her detaining for his amusement.

Bones Knows Her Worth

Booth explains that he’s there to extend an olive branch in peace as he drives Bones home; there’s another case that he wants her help and expertise on. Bones is a forensic anthropologist, of which there are very few, and she is very good at what she does. She knows this.

And so she bargains with Booth to get full participation in the cases she works on before agreeing to continue going with him. From the beginning, the TV series Bones shows viewers that Bones knows her worth and doesn’t let anyone take advantage of her. Additionally, she is strong and can take care of herself, as evidenced by how she handled the airport security.

While Bones is an impressive character, she also is not perfect. She struggles with social situations and also with emotions — her own and others’. Her closest friend, Angela Montenegro, often helps Bones navigate or process these struggles. Still, some are left up to Bones to do on her own. One example of this was when Bones was examining a body. She was beginning to doubt that the US government had told the truth about a certain historical event.

She shared this in the excitement of discovery with her coworkers and friends. Much to her surprise and confusion, Booth got very upset with her. Bones spoke about this with Angela. Angela was able to walk her through what was upsetting Booth, who had put his complete faith in the US government while in the military. With this information, Bones then changes her approach, even to the point of lying, to protect what Booth holds dear.

Bones struggles with emotions, both displaying them and navigating them in others. Booth exposes one of the main reasons behind this when she testifies in court before a jury: Bones’ parents both disappeared when she was a child and, after that, she grew up in foster homes. Investigating her parents’ disappearance was part of what drove Brennan to her career in forensic anthropology. The betrayals by those she trusted, most followed by years of mistreatment, led to her emotional detachment and difficulty navigating social situations.

However, as mentioned before, Angela is a great help for Bones in learning how to handle these situations. Additionally, Bones eventually reconciles with her father, who comes back after many years. This reconciliation answers many of her questions, which, alongside her own personal growth, results in Bones becoming much more comfortable with emotions.

Importantly, Bones does not lose her social awkwardness. This is not something that the TV series Bones felt it needed to “fix” in their main character; it is just a part of who Bones is that is neither good nor bad. Many people are socially awkward or struggle at reading all the cues correctly.

It’s not the only thing that defines Bones either, who is, among other things, defined by her work, brilliance, and relationships with her friends. As displayed many times throughout the TV series Bones, Bones cares deeply for those closest to her, though she may not always understand how to show this. Bones is brilliant, knows it, and uses her knowledge to bring closure to families who have lost loved ones and justice when there was an act of evil.

Furthermore, there’s something special about a female scientist character, especially a well-developed and relatable one. Bones is an inspiration and the type of person to strive to be. She is not perfect but doesn’t stop working on her weaknesses. At the same time, she is strong in many aspects. Those that Bones lets close to her love her, weaknesses and all. While there are other great female scientist characters, including Abby Sciuto of NCIS and Princess Shuri of the Marvel Universe, Bones brings a unique set of characteristics to viewers.

Along with many other female scientist characters, Bones has an inspiring excitement in science. She uses her knowledge as a scientist to make the world a better place. Furthermore, the TV series Bones presents a character who has distinct trouble with social cues. She struggles with emotions, in part due to her traumatic childhood. Even with all this, and her daunting intelligence, she has significant others and close friends. She has many roles, being a mentor, mother, scientist, and lover. Bones is capable of taking care of herself, but also strong enough to accept help from others. She is brilliant, and an inspiration, in a multitude of ways.