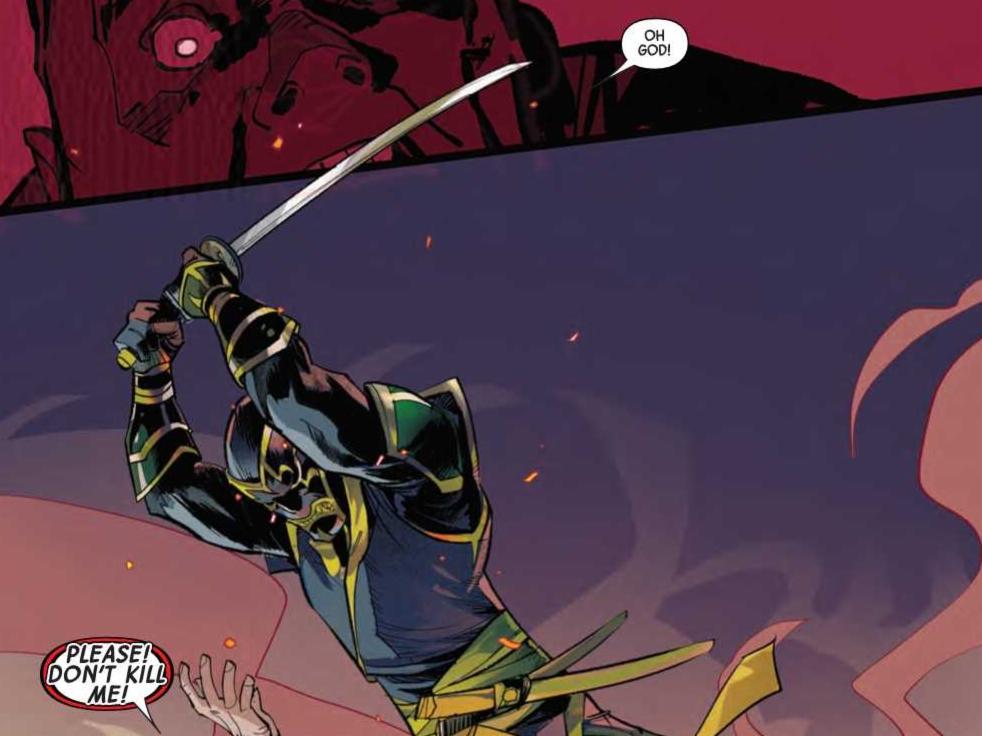 Clint Barton Is Back As Ronin In Hawkeye: Freefall #1?

Marvel decided to re-hash the infamous Clint Barton in 2020. I went in with biased criticism, but I have many generous things to say about it. As one of my personal favorite characters, we have Matthew Rosenberg as the writer; Otto Schmidt as the artist; VC’s Joe Sabino as the letterer; and Jacinto and Bonvillain as the cover artists. The cover was one of my favorite aspects of this comic, I will have to say Jacinto and Bonvillain did an outstanding job on the cover for this first issue.

What Is Hawkeye: Freefall #1 About?

A new Ronin is on the scene in this brand-new series, and he is tearing a destructive path through the city. This causes suspicion from Hawkeye, but Clint Barton has more to worry about than a person who is wearing his old costume. After his run-in with The Hood ended mediocrely, Hawkeye gives himself a new mission that will place him in the path of New York’s most dangerous villains. Hawkeye’s mission and Ronin’s secret plans will set them on a collision course that only one of them will walk away from. Who will it be and what will Hawkeye get into?

Why Is Clint Back In Hawkeye: Freefall #1 & Why Should We Care?

As the first comic of 2020, it had a lot to live up to. On the one hand, you have multiple series before this that handled Hawkeye/Clint Barton astonishingly well. Fraction and Aja‘s run to name the most iconic one. On the other hand, you have this notion of Hawkeye that we love: his snarky attitude. There is a certain way you write Hawkeye that many have ventured to do in the past. Nonetheless, Rosenberg did incredibly well with the narrative of Barton and his asshole mentality.

I enjoyed many of the panels that included his snarky replies, even managing to laugh out loud on a few. I am thrilled to see what Rosenberg does with the writing on future issues since this one started off high. This is a dialogue-heavy comic, as most Marvel comics are, and it never gets tedious to read. The moments and scenes felt like Hawkeye and Clint Barton; there are various scenes where you can see Clint Barton’s hearing aid, which is an incredible element that was added. They have an authentic feel to them, which made for a wonderful plot to begin this first issue with. The Barton we know and love is back and I couldn’t be happier.

What About The Art, Lettering, & Continuity?

The art was fascinating, it didn’t scream grit to me at first. I think Schmidt does a wonderful job with the art — in general — and the coloring is exceptional by Schmidt as well. With each series we have of Hawkeye, we have variations of coloring and art. Some series have been grittier than others and some are laxer in terms of grit. However, after a few pages, I became acclimated to it; I am not used to this style of art in comparison with Hawkeye, but the coloring is absolutely gorgeous. It made me appreciate the art style much more when attached to this vibrant coloring they chose for Hawkeye: Freefall #1 (see pages 6, 13, 16, and 23).

Since this is a dialogue-heavy (see above subheading) comic, the lettering does a fine job of not making it cluttered. I don’t know about you, but I have read comics that clutter the lettering and I can barely read it. However, Hawkeye: Freefall #1 does a fine job of making it legible and aesthetically pleasing. Since this comic is going to have an inner and outer monologue, it can get crowded. I enjoyed the way the dialogue was spread out and adjusted in this first issue. The comic flows graciously and I enjoyed each aspect of it and how it creates this dynamic for Hawkeye and Barton both in his home and superhero life.

Should You Read Hawkeye: Freefall #1?

If you enjoy Clint Barton/Hawkeye, you will appreciate this first issue. The other previous series — after Fraction and Aja — were 50/50. Whether you enjoy them or you don’t, this one falls after Fraction and Aja. Within the first issue, I get such warm feelings that this story will be entertaining and remind me a lot of Kelly Thompson‘s work with Kate Bishop. I would say if you enjoyed Thompson’s work with Hawkeye and Jessica Jones, you would appreciate this. It isn’t the same tone, but it is on the same measure as those other series. They are not the same, but they are both incredibly entertaining to read, which is why I recommend both.

Clint Barton Is Back As Ronin In Hawkeye: Freefall #1?
PROS
CLINT BARTON/HAWKEYE
THE COLORS WERE IMMACULATE
EXCITED TO SEE WHERE THIS PLOT GOES
FALCON & WINTER SOLDIER WERE COOL CAMEOS
HIS "INSIDE VOICE" IS GREAT
CONS
HAS POTENTIAL, BUT NEED TO SEE WHERE IT GOES
ONLY THE FIRST ISSUE SO CAN'T SAY MUCH, BUT IS A GREAT START
87
RONIN?!