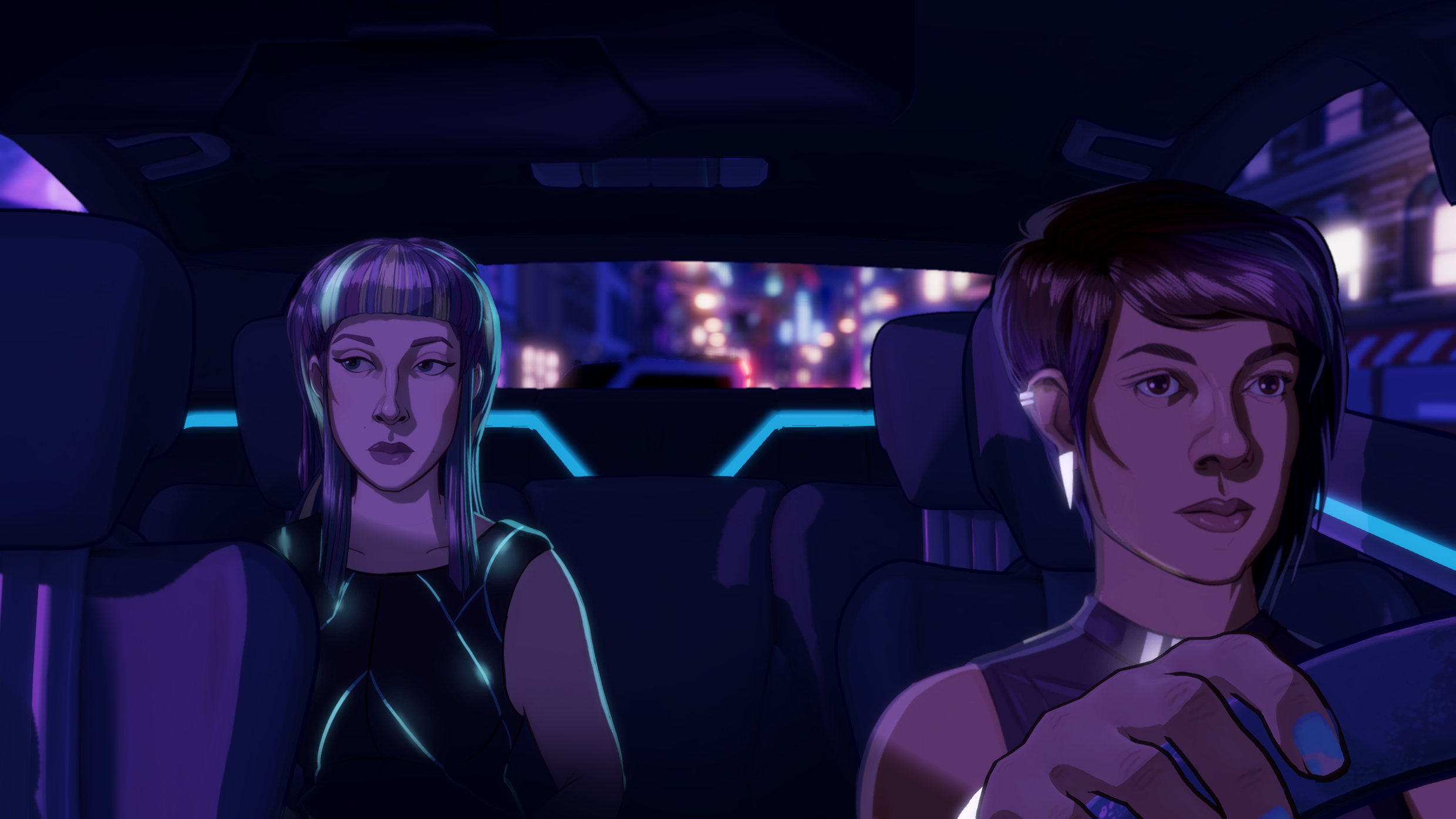 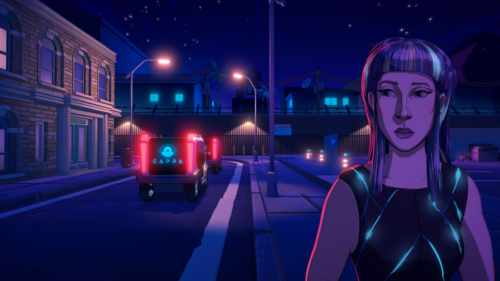 Release Date
2019
NEO CAB by Chance Agency and Fellow Traveller
An emotional survival game with a strong narrative focus. Play as Lina, one of the last human rideshare drivers in a near-future, AI-driven world. Use the Neo Cab app to navigate the city, choose your passengers, and engage with them to learn their stories - and uncover the truth about your own.
Our Score
5

As LudoNarraCon (LNC) approaches, The Daily Fandom is going to cover all things narrative gaming on Steam. The Daily Fandom has received press passes to the first year’s virtual convention by Fellow Traveller. With this comes exclusive demos from the line-up, the second demo on our list is NEO CAB. It’s a game where we have expressed our excitement about the moment we knew it was going to be at LNC. We played on a Windows interface for the demo.

The game is up on Steam but doesn’t have a release date as of right now and we don’t know how much it will be. The game as of right now is in early development, according to the Chance Agency website. We can hopefully expect some news about releases and prices soon enough. However, the game can be described as:

It has a strong narrative that focuses as Lina, the last human rideshare driver in the near-future, drives in an AI-driven world. You use her Neo Cab as you drive around her new city, meet new – hopefully – friends, and make money to survive. Oh, don’t forget, check your emotions at the door because if you have rage the guests won’t pay.

What Can We Make Of NEO CAB?

This game, from the start, was a game that appealed to us. From the graphics to the overall scope of what the game was going to be about. Sci-fi driven game with politics, but you have an entire story driving it (literally and fugitively); I mean, what more could you ask for? After playing the demo, however, we are right to expect the best.

This game, hands down, proves what narrative gaming can do from here until the near future. We are beyond ourselves with what this demo portrayed for us and we can’t wait to talk about it. The game is by Chance Agency and Fellow Traveller.

What The Demo Featured:

Of course, the narrative is the first aspect to talk about in a highly narrative game. We had the most fun with the narrative and talking to the passengers you picked up. What is great is that you choose which passengers you pick up, so you can choose who you want to talk to by using the NEO CAB map. Depending on the person you pick up, you are allowed to answer on multiple occasions. At times, with narrative games, you rarely get the option to respond. In just this first “Day One” chapter demo, there had to be over thirty times you got to respond.

There are usually two to three choices each and it allows you to re-choose based on the emotion that Lina gives off. For example: If you are upset and in the red, Lina will only want to respond one way. The way that softens that red emotion and makes her less mad as opposed to getting superheated at the moment. In NEO CAB you are also allowed to text, which ended up being a great aspect to the overall narrative. You choose out of two responses and YOU get to choose how to respond.

This narrative is truly a YOU game and not a Chance Agency game. Chance Agency doesn’t want to drive the narrative on how they see fit but truly mastered a game where you feel engulfed throughout the entire gameplay.

The scope of gameplay and graphics are beautifully done. The color scheme is outstandingly sci-fi and truly puts you in that setting of the future. A bit of a dystopian future in a way. We loved a few of the extra bonus aspects such as getting gas or charging your car for money. It’s a way to showcase an extra bit of gameplay. We even loved the texting aspect. A high moment for us was seeing the emotions and car move as you played the game as Lina.

As she drives and pulls off and into the curb, you see it. You see her turn and the surrounding elements that she sees from the car. That is quality gameplay, demo or not, that is quality gameplay. The graphics were the same praise, you saw Lina’s hand move gracefully throughout this demo. You saw her hand move to grab the phone without any glitching. You can move the map effortlessly and click on names. We cannot wait to see what else you can do in the game besides the snippet of what we saw.

The only aspect to note is that speech bubbles are not click-to-move-forward like most narrative games. This game has them at their own pace, which you can change, but this also means that you should be a fairly fast reader (for the most part). We don’t know if this will change or if there’s a setting to change it, but it didn’t hinder our gameplay at all. It is, in turn, fairly fast-paced. We enjoyed it a lot, but do note that since you can’t click your pace on the speech bubbles it goes on its own.

Should You Add NEO CAB To Your Steam Wishlist?

Well, gosh, the games we have been getting are some of the best demos around. With another 5/5 title, LNC is shaping up to unveil some fantastically written narrative games. As stated before, we don’t know the price of this game — or what it will be. However, we can tell you that we wishlist’ed it and we will pay whatever they offer for it. This is a buy game if I have ever seen one. Check out NEO CAB at LNC and on Steam this weekend!

NEO CAB by Chance Agency and Fellow Traveller
NEO CAB is the winner of a narrative game. A complete game changer for Steam and Narrative Games in 2019. As we are covering demos from LNC, this one stands out the most for the convention itself.
PROS
GRAPHICS
OVERALL GAMEPLAY
NARRATIVE
COLOR SPECTRUM
CHOICE-OPTIONS
EMOTIONAL ASPECT
SMALL ASPECTS: GETTING GAS, MAKING $$, TEXTING
CHARACTER DEVELOPMENT
THE ABILITY TO SEE THE CAR DRIVE AND MOVE AND TURN
CONS
5
CAN I HAVE A RIDE?