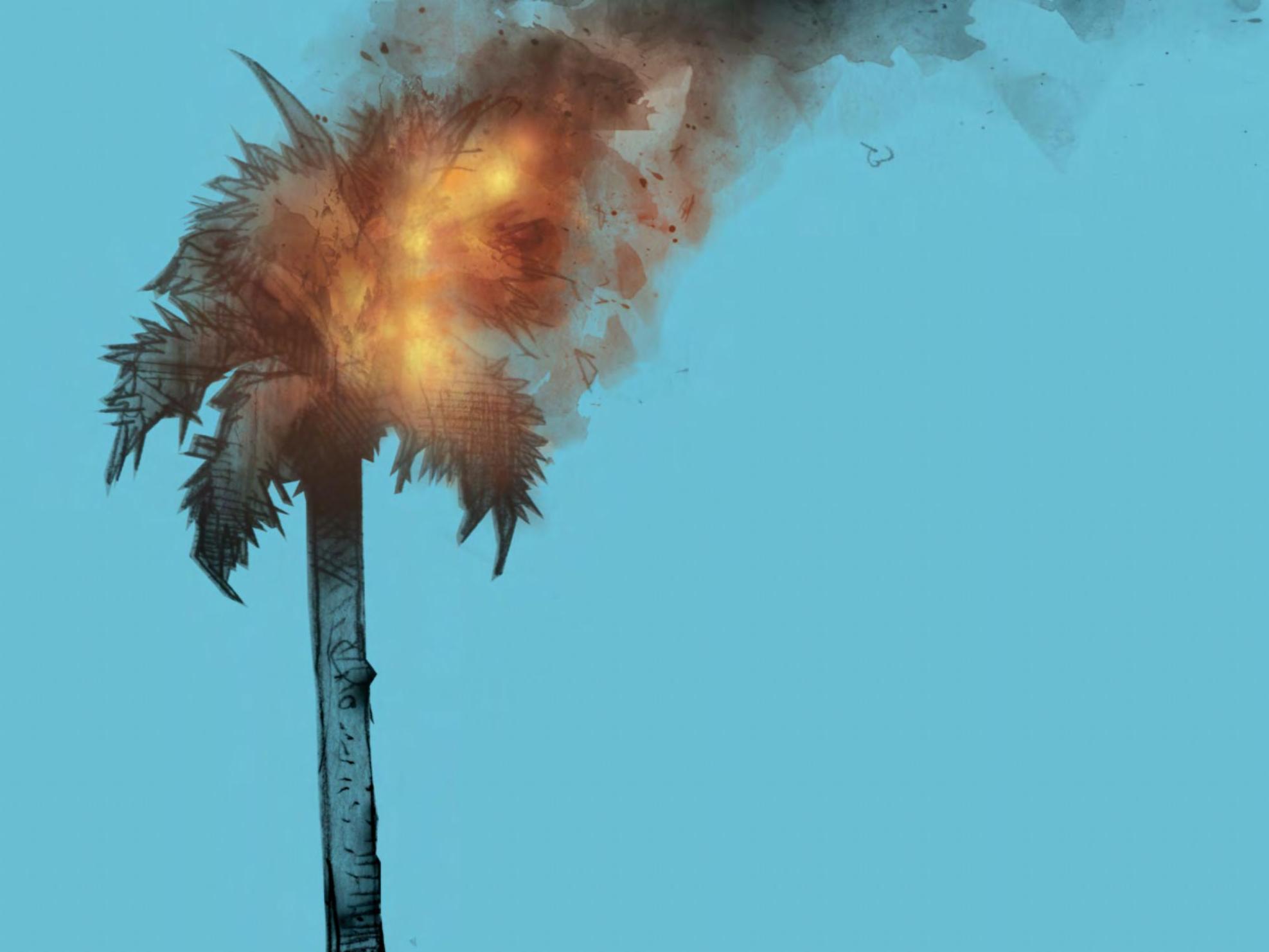 Can You Solve The Mystery In Goodnight Paradise?

Goodnight Paradise is not your ordinary comic. It doesn’t have any superheroes or powers. No one falls into a radioactive room and turns into a deformed creature. Instead, TKO Studios brings us something much more grounded. It’s a story that deals with a lot of real-life issues. The team of Joshua Dysart and Alberto Ponticelli (including Giulia Brusco and Steve Wands) introduced us to Eddie Quinones, a homeless man living in California. Eddie, who has plenty of issues as it is, whether it’s an addiction to alcohol, or having a distant relationship with his son, suffers from a case of being in the wrong place at the wrong time.

When Eddie stumbles upon the dead body of a young runaway girl, his life is suddenly thrown a curveball. Eddie struggles to deal with the reality of the kind of evil necessary to murder a young girl existing in the world. Full of guilt, Eddie is determined to find the truth behind her murder. In the hope that it won’t happen to anyone else.

There’s Some Trouble In Paradise

When we are introduced to Eddie, he is a man full of trouble, whether it is dealing with the failures of his past or the government threats to his home in Venice Beach. Dysart does a superb job putting us inside the head of a homeless character. I’m sure many people have their own reservations about the homeless. Dysart, however, shows a side to them that’s truly fascinating; he is creating characters who are complex and full of emotions and layers just like anyone else.

A focal point throughout Goodnight Paradise is how people take more than they give. This phrase, in which it originated, is by a young runaway girl named Tessa Kerrs. Unfortunately, Tessa’s desire to help spread her message came to a halt when she was tragically murdered. Now, this story bounces back and forth between the past and the present. This gives the reader context and background into each character’s lives. This was brilliantly done as a matter of fact. As the story goes on, it seems each flashback scene gives another clue as to what happened the night Tessa was murdered.

Eddie, who throughout the story has been following the case and putting the pieces together, has some personal issues as well. His son, Jeronimo, whom he hasn’t seen in years, is coming to Venice. Eddie is nervous enough as it is to see his son — thrown in his recent dealings with the local murderer — and Eddie’s life looks like it is in a whirlpool. Despite his attempts to give the police information he has, he is turned away. Who’s going to believe in a crazy, homeless, alcoholic, right? Well, I’m sure the cops would have liked a redo in this case.

The series does an excellent job shedding light on large real-world dilemmas. Whether it is the homeless, the people that use the less fortunate for their own good, or drug/alcohol addiction. The TP (graphic novel) works hard to give the reader a real taste of what it’s like to live in these peoples shoes. Full of drugs and racial slurs, Goodnight Paradise is a bit on the edgy side. Eddie, who will grab any beer around given the chance, takes hold of a place in the reader’s heart. Sure, he’s made mistakes in his past, who hasn’t? That does not make him a bad person.

During the story, we find that the murder of Tessa wasn’t what it originally appeared. This leads to a chain reaction of everybody involved in the events doing what they can to cover their own backs. Then you have Eddie. Eddie is trying to protect the people he cares about, no matter how long he’s known them. With quite a few deaths along the way, the case eventually gets solved and put to an end. In the finale, Eddie ends up keeping a backpack containing a large sum of money. He then gives every last dollar of it to other homeless people around his home. Giving, not taking it.

The Art Of TKO’s Goodnight Paradise

Alberto Ponticelli gives the perfect tone for this series in his art. Creating an incredible amount of emotion, whether that’s fear, joy, or sadness. My personal favorite of Alberto’s work is how he draws Eddie. Eddie looks like a worn down man who has just been through 12 long rounds in the ring with life. The team of Ponticelli and Dysart work excellently together and show good chemistry. I hope they are able to work together again in the near future.

Giulia Brusco on colors is a great complement to the art of Ponticelli. The team created the perfect feel for California. Not only is this series fun to read, but the beautiful art and coloring make it worth the buy alone. The detailed emotional art only adds to the highly tense storyline.

What Do We Make Of TKO’s Goodnight Paradise?

Goodnight Paradise is a wonderful comic by TKO Studios. The book is full of characters that are easy to relish and dialogue that is natural to read and understand. Providing plenty of valuable lessons that everyone could benefit from. If TKO Studios continues to put out products like Goodnight Paradise, they will be a force to be reckoned with in the comic book game in no time. I’ll be honest, I had some uncertainties going into this book.

I wasn’t sure if I’d like it. After reading it, however, I was pleasantly surprised by how much I enjoyed it. In fact, my doubts about the book vanished after reading only the first issue. This is a book I highly recommend to anyone who is a fan of mystery, drama, or, any fans of comics looking for a break from caped heroes. Check out Goodnight Paradise by TKO Studios.

As this will be a series, look forward to a few reviews we have forthcoming: