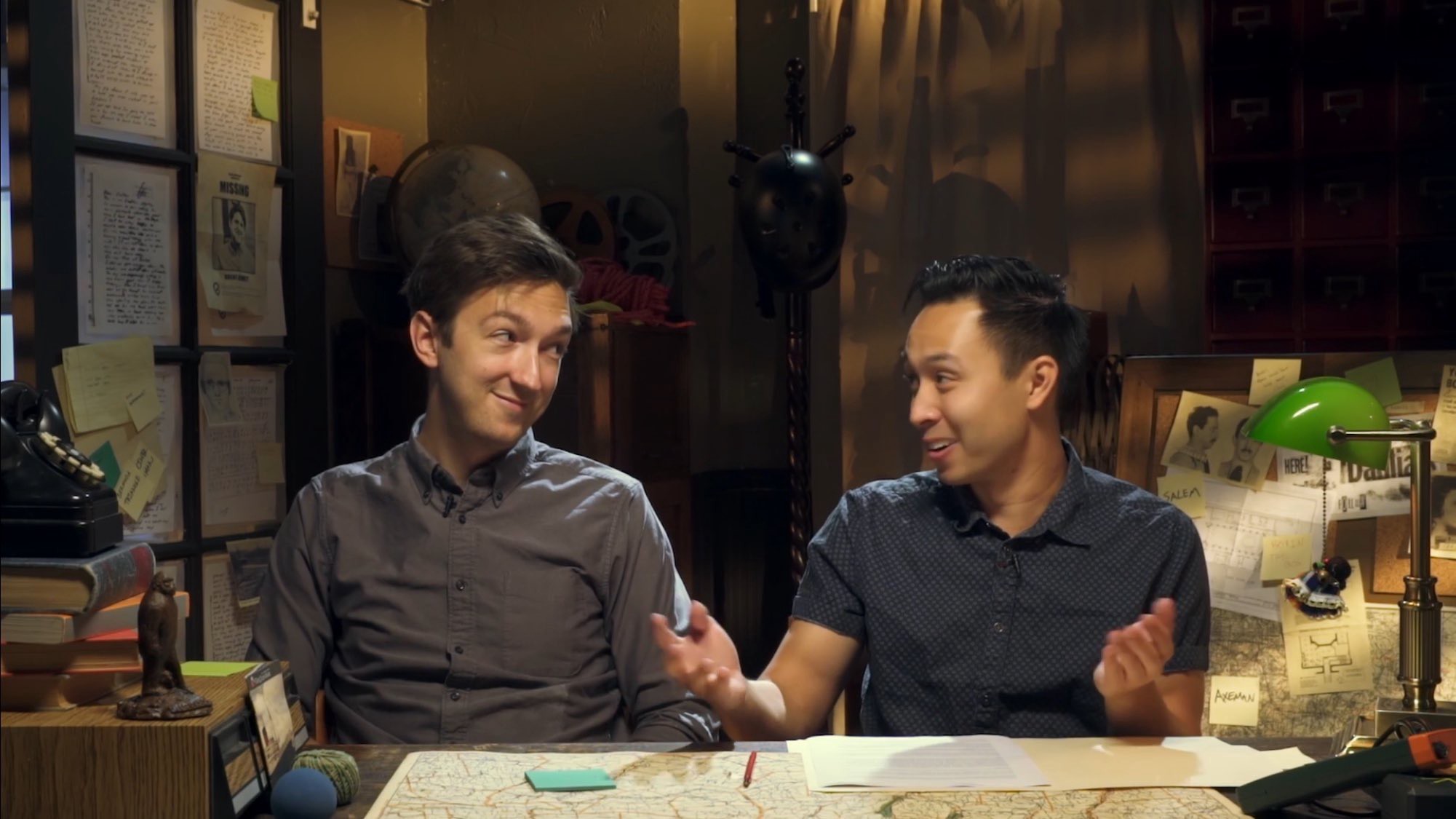 Buzzfeed Unsolved Beams Us Up For a New Season

Buzzfeed Unsolved is back in an out-of-this-world season premiere! In the first episode of their sixth season, co-hosts Shane Madej and Ryan Bergara tackle “The Hidden Secrets of Area 51.” Airing on September 20th, the episode coincided with the Storm Area 51 Raid event, a viral Facebook meme that evolved into the first-ever Alienstock.

Speculation about life beyond the stars has dazzled our screens since the days of Star Trek (1966) and The Twilight Zone (1959). While I’m a huge Trekkie at heart, the alien conspiracies of this series never captivated me like the haunted locations. But with the popularity of the Area 51 raid, you can’t deny how aliens continue to invade our own pop culture.

By probing the mystery surrounding how this top-secret location turned music-fest, Buzzfeed Unsolved keeps its content as relevant as ever.

I’ll be the first to admit that, beyond its reputation as where the Men in Black hide aliens, I don’t know much about Area 51. I mean, isn’t that the whole point of a secret government base? Luckily for us, host Ryan goes full Agent Mulder and sheds light on this mysterious location. Area 51 began as the base of operations for Project Aquatone — or if you’re like Ryan and think that’s a dud, Project Purple Nurple — in 1954. The Cold War was really starting to chill up.

The CIA was looking to develop an aircraft that could fly under the Soviet Union’s radar. What better test-site for this super-stealthy aircraft than a desert? It’s all perfectly believable and par for the course of this era of espionage, when the threat of mutually assured destruction loomed over the U.S. and Soviet Russia. What propelled this narrative into X-File territory, and a case worthy of Buzzfeed Unsolved, was the testimony of physicist Robert “Bob” Lazar. In the 1980s, Lazar revealed that not only was the government aware of and analyzing alien technology — it had already discovered, and subsequently covered up, the existence of alien life.

As far as theories go, this case is pretty straightforward:

According to a report that was declassified in 2013, most UFO sightings near Area 51 were tests of U2 aircraft. This seems fairly plausible. But if you’ll permit me a moment to adjust my tinfoil hat, it also sounds like the sort of cover-up a government would release if it was experimenting with extraterrestrial life. Still, as much as I want to believe the truth is out there, chilling in the Nevada desert, Lazar’s account of what he saw did not absolutely convince me. Simultaneously, no amount of “declassified” reports will convince me that what he saw is out of the realms of possibility.

Personally, I think host Shane was onto something when he posited that maybe the bizarre aspects of Lazar’s story were an attempt to “fuzz the narrative,” distracting from whatever the government could be hiding in Area 51. After all, a scientist claiming to have seen these aliens would definitely take the spotlight off a bigger supernatural conspiracy, or even just a mundane form of illicit activity. Coming from the show’s resident skeptic, it’s hard to tell how serious he was in presenting this theory. When asked by Ryan what he believes is in Area 51, Shane hilariously replied,

Buzzfeed Unsolved: The Boys Are Back & Funnier Than Ever

Like I said, the alien episodes of Buzzfeed Unsolved don’t tend to be my favorite. When the boys are on-site, there’s an element of suspense that a mere telling can’t compete with. But they do tend to inspire some of the most entertaining banter Shane and Ryan have had to date. So it’s no surprise the highlight of the episode, for me, was the ghouligans. The bit with the alien nipples alone makes this episode worthy of a re-watch.

Ryan may or may not have discovered a new kink and Shane was incredibly done with it; Ryan was equally as taken-aback by Shane declaring he licked his case-file. Now, it would take too long to list all the laughable moments. But I’d be remiss if I didn’t mention the image of Bigfoot as Area 51’s receptionist that Ryan gave us. Buzzfeed Unsolved continues to deliver on the laughs and intrigue, as it has since the very first season. As our hosts dive down into the rabbit-hole of unsettling and strange, the show never once loses its charm.

The premiere felt incredibly well-timed, given the media’s interest in Storm Area 51. While we may never learn the secrets hidden there, we know one thing for sure: Buzzfeed Unsolved is back, and we can’t wait to see more. With all that in mind, I give his episode a solid 8.0 alien nipples out of 10.

Quotes That Were The Cream Of The Crop Circle: