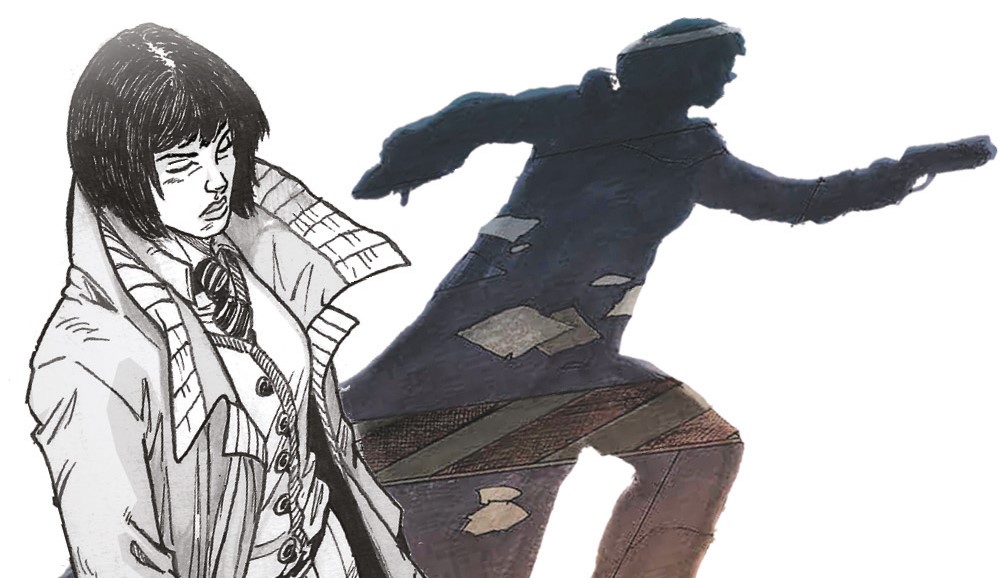 Blade Runner 2019 #4 brings the first arc of this so far fantastic series to a close. While I have enjoyed the overall arc thus far and did enjoy Blade Runner 2019 #4, I do think it’s the weakest link. There are lots of positives and leaves off with a hint that the series will go in a direction that is neither predictable nor something we have seen in the Blade Runner franchise yet.

However, the slow pacing of the previous issue really added to my enjoyment and I don’t think this faster paced and action-heavy issue really lived up to what came before.

In a previous issue, I discussed how Michael Green and Mike Johnson addressed the topic of parenthood in a dystopic future. How having a child in a situation like that is so awful that perhaps it would be a kindness to let them die. To never wish you had a child in the first place. This comes full circle as motherhood, in particular, comes to the forefront of Blade Runner 2019 #4.

Isobel is a replicant, yet she feels the calling is in her heart to protect Cleo. She is her mother in more ways than one. She looks like her real mother and has her memories as well. We as humans are nothing but the sum of our memories. If Isobel has the memories of the real Isobel, does that make her in some way really Isobel? She certainly feels for Cleo as though she is her own daughter. So maybe that question answers itself. Ash loved her mother, and her mother loved her.

But perhaps a better life, a life off-world, away from the hell that Earth has become, was too seductive for her mother. We don’t know, and certainly, Ash doesn’t know herself what truly happened to her mother. I’m sure we will find out as the series continues but this provides an interesting arc for Ash to go down. Her own mother’s issues and problems with feeling abandoned and useless are being confronted.

She has to take care of Cleo and protect her from both Tyrell and her father. Interestingly, this comes partially from the writer of Logan, who has many things in common with this plot thread. I cannot wait to see how this plays out.

The Future Of The Series

The cliffhanger at the end of this arc is Cleo and Ash realizing they have to get off-world somehow. We have never left Earth in the Blade Runner franchise, however we have always known about the colonies on other worlds. The replicants themselves are shipped out to colonies for various purposes, usually some form of slave labour. There is a whole universe out there waiting to be explored. The possibilities of where this series can go are endless.

While Blade Runner 2019 has remained primarily its own story, not really intersecting with the other bits of this franchise, Blade Runner 2019 #4 presents an interesting possibility. We could potentially see the places mentioned in the famous speech by Roy before he dies.

I have a suspicion that Cleo’s genes are responsible for the open-ended life span replicants we see in Blade Runner 2049. But this is only a theory that Michael Green, Mike Johnson, and Andres Guinaldo could very well pull the rug out from underneath us and subvert our expectations by doing something even better than that. As I said, I’m excited to see how this plays out as my imagination went wild with the final page reveal of Blade Runner 2019 #4.

Blade Runner 2019 #4 is a solid end to the first arc. I think the lead-up issues were stronger in many aspects, which is why this issue didn’t strike me as much as the others. However, it’s still good and leaves off in such a place that I’m anxiously anticipating the next issue.