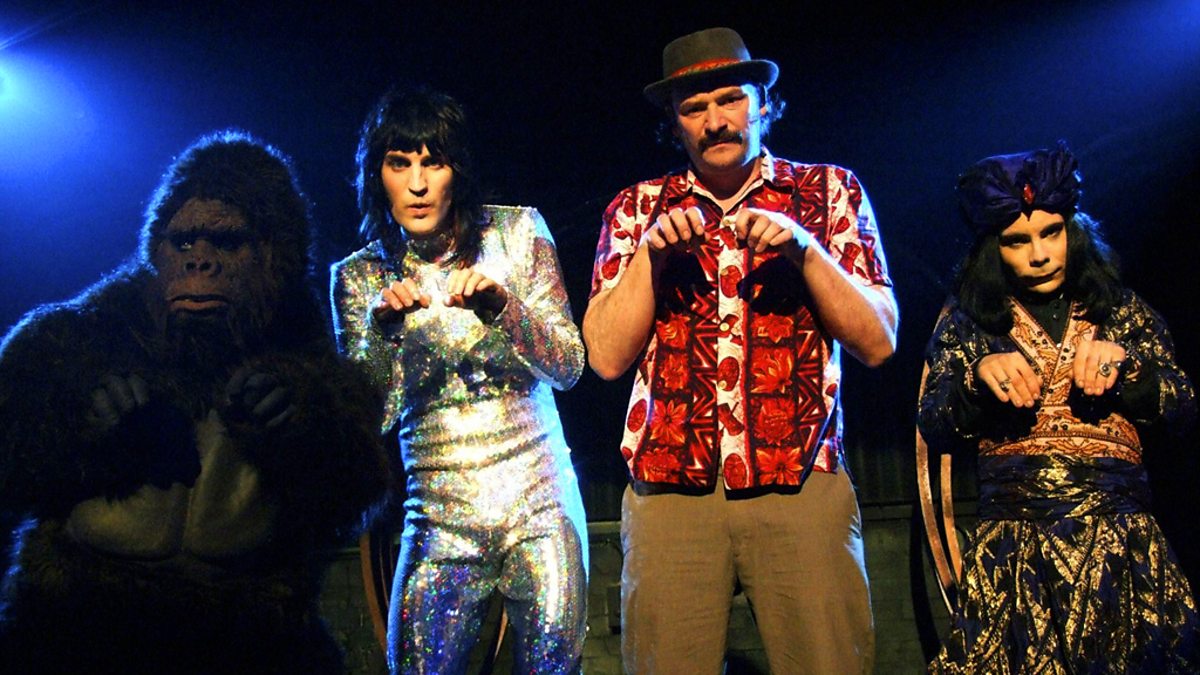 Behind The Minds Of Fanfiction Writers: An Interview With Jenatwork

Writing fanfiction is a job, it is a responsibility. It takes time, skill, and the ability to come up with plots for your ongoing series, one-shot, or chapter. In the realm of fanfiction, the authors can get a faulty rep. Some say that they aren’t real writers (whatever that means). Some say it is not actual writing they are doing. That it is simply just ‘entertainment.’

In any case, The Daily Fandom gives respect and pride to anyone who sits down and writes fanfiction. It is not an effortless task.

In light of that, we are going to be interviewing a set of FF authors. They have taken the time (and still do) to write these incredible narratives we read. We are doing these interviews to showcase the minds behind the fanfiction you guys read. How they went through the process of writing; when they started writing FF; and how they dealt with the backlash of people not appreciating their art form. Today’s interview is with the fabulous jenatwork.

What Made Jenatwork Start Writing Fanfiction?

The Daily Fandom: What made you start writing fanfics?

Jenatwork: I’d been writing for fun all through my teens — short stories and poetry, and contributions to school newspapers, that sort of thing. What I really wanted was some kind of writing community, but one that was for fun rather than for serious critique.

The Daily Fandom: How old were you when you started writing fanfics?

Jenatwork: 19 or 20 — after my first year of university. This was back in 2000 when fanfiction was largely based around separate sites dedicated to specific characters or pairings, with LiveJournal and Fanfiction.net as the big community spaces.

What Is The Best Story You’ve Ever Written?

The Daily Fandom: What’s your favorite story that you have ever written?

Jenatwork: ‘Red With A Hint Of Orange,’ based on a short film called ‘Surrealissimo: The Scandalous Success Of Salvador Dali.’ I discovered the film when I was part of The Mighty Boosh fandom. Noel Fielding and Julian Barratt play two surrealist artists who were part of Andre Breton’s surrealist movement in Paris.

I’d been doing a lot of research into surrealism and Dadaism for a different project, and writing fanfiction based on the film gave me an opportunity to write in a very experimental writing style. I focused on capturing sensations and ideas rather than being linguistically polished.

I originally posted it chapter-by-chapter on LiveJournal, but lately, I’ve been adding my old LJ fics to my AO3 account. Recently someone contacted me on Tumblr to tell me they’d read the story back then and had loved it, and had been looking for me for years after I stopped using LiveJournal but found me again after I’d posted the story to AO3.

The Daily Fandom: What’s your favorite thing about writing fanfics?

Jenatwork: A combination of the opportunity to be creative without the pressure of doing it for a living, and the opportunity to connect with other people. I suck at making friends offline and tend to feel very isolated a lot of the time. But getting a comment or kudos on something I’ve written is a nice little piece of validation. It means that something I did had an effect on someone else, and that makes me feel good. I’ve thought about being a professional writer. But I think that if my income was dependent on my writing I’d lose the sense of fun and enjoyment I get from it.

How Do You Feel About The Negative Stigma In Fanfiction?

The Daily Fandom: How do you deal with negative comments or unwanted criticism on your fics?

Jenatwork: Honestly, I don’t think I’ve ever had any. Maybe some weird stuff years and years back, when slash fiction wasn’t so mainstream and some fic readers were openly squicky about slash. But I tend to write for minor characters or in small fandoms where people are generally nice to each other because we’re so desperate for material about our favourites!

The Daily Fandom: We live in a time where fanfics tend to get more likes or kudos as opposed to people leaving a comment or reblogging fics. Have these types of ratios ever made you feel discouraged or made you want to quit posting or stop writing fanfics?

Jenatwork: Sometimes, especially when I see other stories getting dozens of comments. Receiving comments feels more personal. Since I write to connect with other people, a kudos or like can feel a bit impersonal. It doesn’t necessarily put me off. Rather, receiving comments is a good motivator for me to write more than I would otherwise.

What Story Would You Rewrite If You Could?

The Daily Fandom: How do you deal with the negative stigma that comes with fanfiction and writing fanfics? The word “fandom” in itself is sort of taboo; how do you keep the inspiration to stay writing and doing what you love? (Sometimes it can be hard to even say “I write fanfic” not knowing the response you’ll get.)

Jenatwork: It’s definitely changed — when I first started writing 20 years ago, I didn’t dare admit to any of my friends that I was a fic writer. I still think fic writers have less social standing than fan artists, and that bothers me because a well-crafted story is just as much a work of art as anything visual. But I’m not writing for people who aren’t fans.

People in fandom appreciate fanfiction, and that’s who I’m writing for. At work, I’m known as the resident geek. After a lifetime of being a weirdo, it doesn’t bother me so much anymore. I’ve learned that what matters is doing what I enjoy because it’s fun and harmless. To me, spending my free time going out drinking or spending all my money on home improvements seems far weirder than participating in fandom.

What Is Your Favorite Fandom To Write For?

The Daily Fandom: Which is your favorite fandom to write for and why?

Jenatwork: The best fandom experience I’ve ever had was probably back in the late 2000s, with The Mighty Boosh (or ‘6 Degrees of Boosh,’ for all the related shows with the same core cast of actors). We were all British fans who knew each other through LiveJournal. It felt like a social group.

There was very little negativity and a lot of creativity. All sorts of crossovers and people writing analytical essays, and because the cast did live shows and open after-parties, there was also a sense of them being a bit like us. The show had a real ‘homemade’ look to it. So it didn’t feel as distant as a more ‘polished’ looking show. We were all creative types, except some did it just for fun instead of making a living.

The Daily Fandom: Is there a story you have that you would rewrite?

Jenatwork: I don’t think I’d re-write anything — when I read old fics, they remind me of where I was in life at the time – I can see moments where I touched on stuff I was going through myself at the time, and I like to see how my writing style has developed over the course of 20 years as a fic writer.

The Daily Fandom: Where do you find inspiration for new fic ideas?

Jenatwork: Lately it’s tough because I don’t have as much time to focus on fandom stuff. A lot of what I used to write was backstory — type stuff, or expanding on throwaway lines or ‘noodle incidents’ in a show. Sometimes I’ll get ideas from things other fans mention, or something will happen to me and I’ll catch myself thinking ‘what if [character] was in this situation?’

Jenatwork: What Is Your Writing Process?

The Daily Fandom: What is your writing process?

Jenatwork: Lately I’m much more methodical about it — I used to just let stuff flow without much planning, whereas now I’m very meticulous about my planning, and I’ll spend a lot of time mapping out plots, thinking about tone and language style and how I want the reader to feel while they’re reading. Sometimes it feels a little less fun to write that way.

But at the same time, it’s a big part of why my writing has improved. I’m currently planning a novel and I’ve already spent a couple of months just on the planning process – character bios, detailed chapter notes, etc. and I know that’s a development of the way I’ve learned to write fanfiction.

Jenatwork: I could never commit to just one! I have a particular character-type that I’m usually drawn to — the reserved nerdy types who tend to be the supporting characters in other people’s stories. It was Niles Crane back when I first started writing, and that hasn’t changed much as I write characters like Ryuugazaki Rei (Free!) or Kouda Kouji (My Hero Academia). But my tastes and fandoms change all the time.

The Daily Fandom: Do you have any advice for newbie fanfic writers?

Jenatwork: Write. It seems obvious and maybe patronizing, but really, the more you write, the better you get. Read as much as you can – fanfiction and anything else. Don’t be scared to take inspiration from other writers, but don’t just imitate what’s already out there.

Think about which writers’ styles you like, rather than which formats you like, and think about how you want your reader to feel when they’re reading. Writing doesn’t have to be overly complicated — simple is often best. No ‘lustrous orbs’ or superfluous descriptions like that.  And stop writing chatfics!