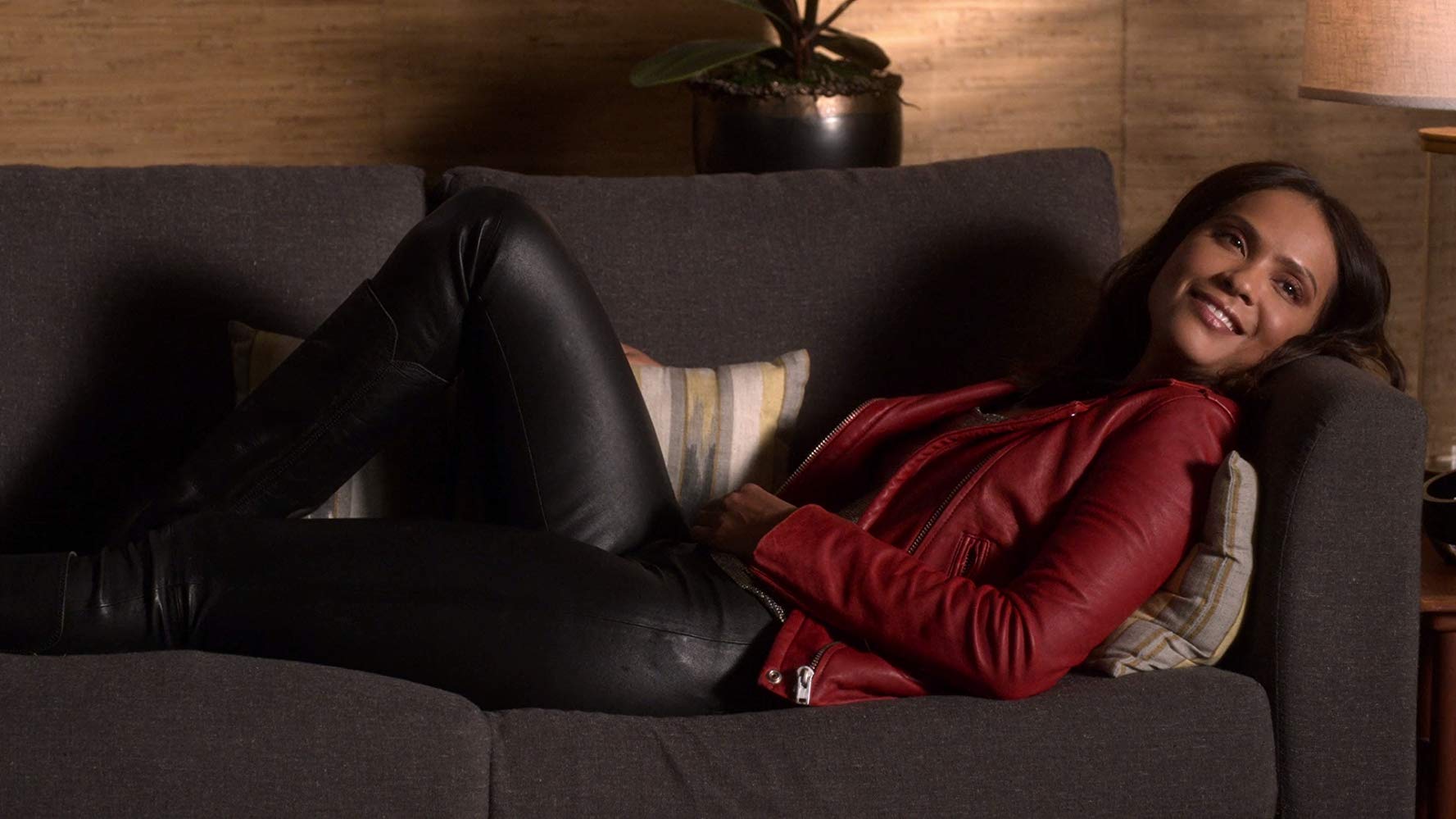 Welcome to Bae Watch Wednesday, where I tell you all about the fictional characters you ought to be crushing on. This week’s bae is Mazikeen of the Lilum!

Who Is Mazikeen Of The Lilum?

Mazikeen of the Lilum, also known as Mazikeen Smith or — more often – Maze, is one of the primary characters of the series Lucifer. The show follows Lucifer Morningstar as he forms a life in Los Angeles, having left hell for a vacation on Earth. Mazikeen, a demon and his right hand in hell, comes with him. When we first meet Maze, she is serving as Lucifer’s bartender and sometimes bodyguard. But while Lucifer is comfortable and attached to his life in Los Angeles, Maze chafes. She wants to go back to hell and return to her familiar life of torture. 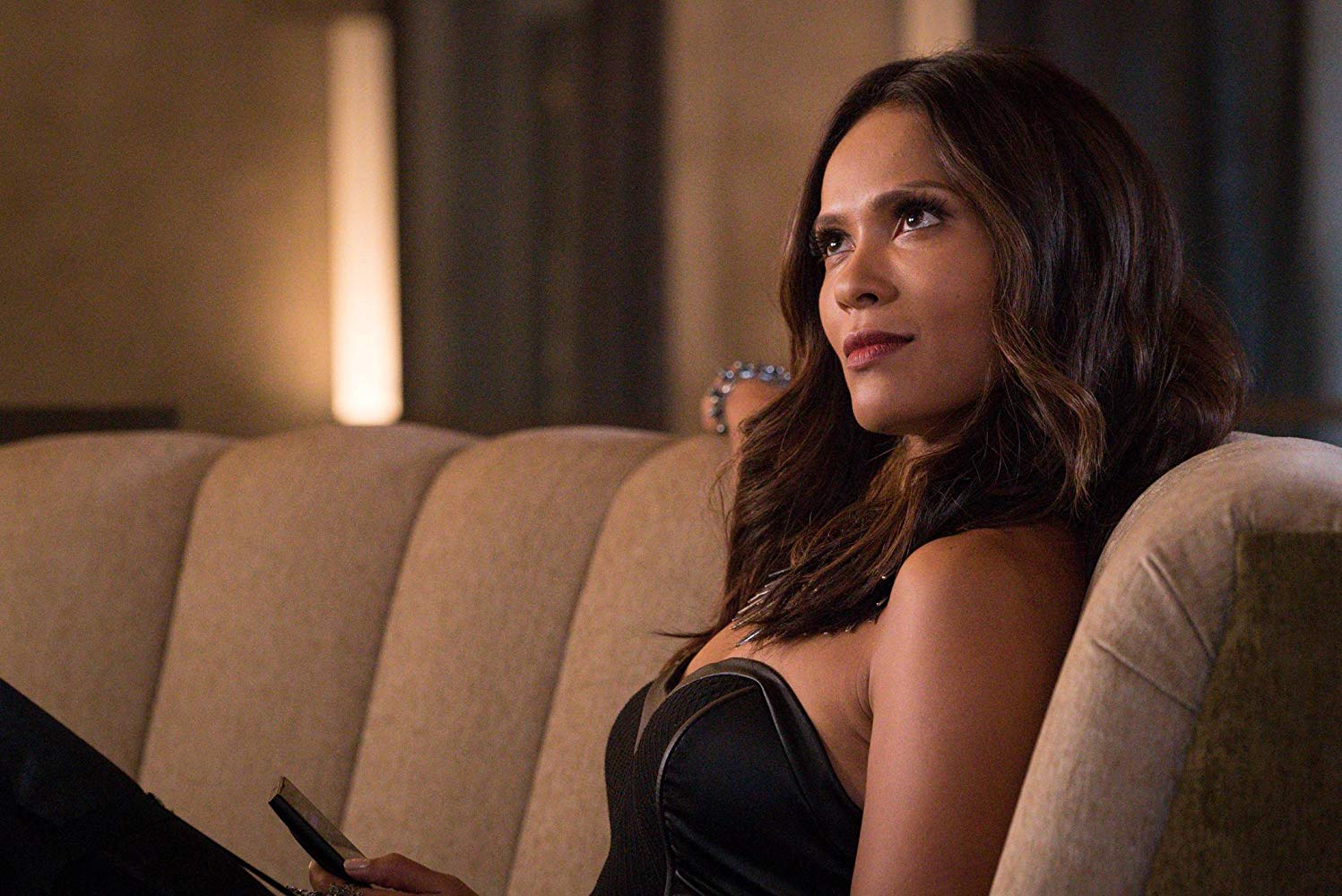 Unfortunately, Lucifer becomes even more determined to stay on Earth when he gets involved with the LAPD. Although Maze makes her opinion clear, Lucifer won’t listen. After all, she serves him, not the other way around. Desperate, Maze takes things into her own hands. When Amenadiel, Lucifer’s angelic brother, comes around trying to force Lucifer to return to hell, she agrees to help him, telling him about Lucifer’s therapist, Linda. When Lucifer discovers Maze’s treachery, things go badly. Hurt and frustrated by everything going wrong, Maze sleeps with Amenadiel.

Maze tells Lucifer that she can make things up to him. By sleeping with Amenadiel, she has gained his trust and can use that to their advantage. However, when she tries to kill Amenadiel after sleeping with him, she hesitates. Despite herself, Maze has developed feelings, and being caught between the two brothers hurts. She tells them to sort things out themselves – even if it means killing each other – and stalks out. But when push comes to shove, she helps protect Lucifer from his enemies. She even helps save Amenadiel’s life when he is mortally wounded. The hurt they caused her is no match for her loyalty.

Finally accepting that they aren’t returning to hell anytime soon, Maze realizes that it’s time she got her own life in Los Angeles, rather than just sitting around waiting for Lucifer’s beck and call. She starts by visiting Linda since she has helped Lucifer so much. Linda suggests that Maze could use friends, which Maze scoffs at. But when Trixie Decker, the daughter of Lucifer’s human partner Chloe Decker wanders into the bar, Maze realizes that she does actually like some humans. She tells Linda, and the two go out for drinks, starting their own friendship. 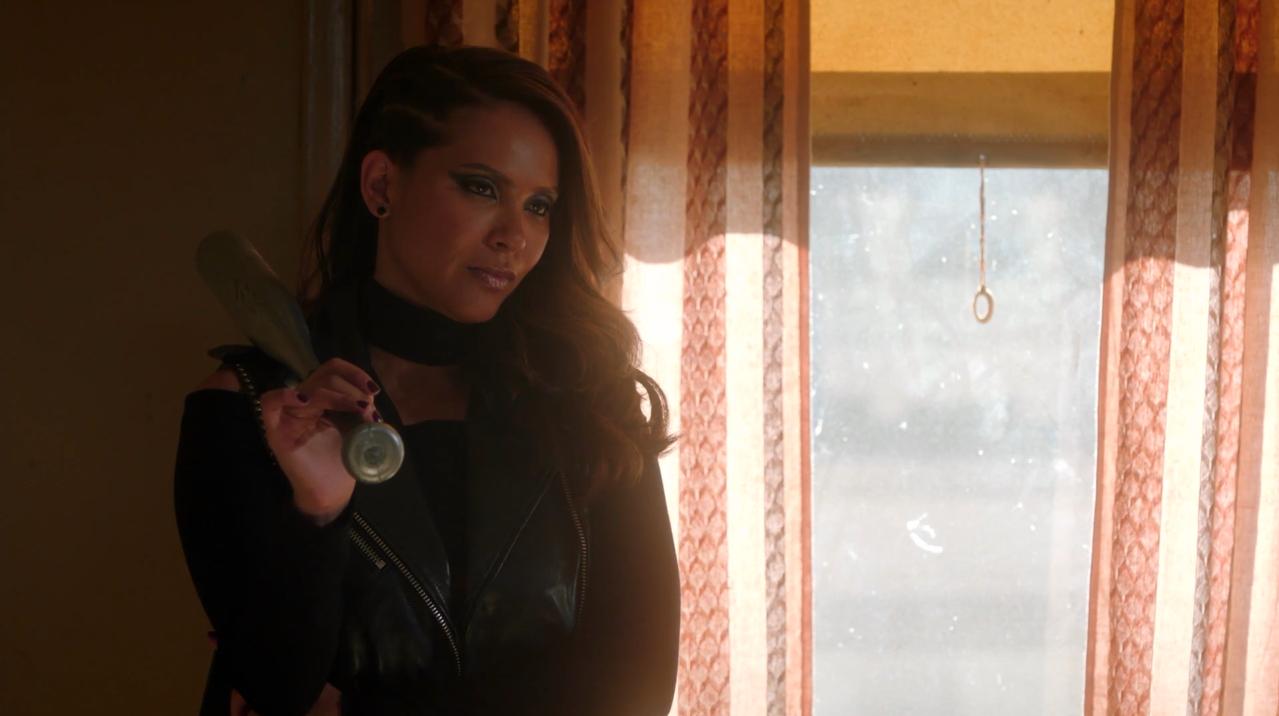 This relationship is threatened when Lucifer reveals the truth of his nature to Linda. Realizing that her client is not crazy, but actually the devil, Linda is frightened and hides. Now that she knows Maze is actually a demon, she is also afraid of her friend. Luckily, Linda bounces back because she cares about Maze. Also luckily, Maze forms other relationships. Lucifer asks Maze to distract Chloe, so they have a girls’ night that ends with intoxication and an agreement to be roommates. Maze moves in with Chloe and Trixie and settles in with people she cares about.

She also settles in with a new job – bounty hunting. Trying to find her way in the world without being Lucifer’s lackey pushes her to explore a little. When the LAPD needs help finding a criminal, she does so with gusto. Realizing that she can be paid for hunting down humans is a revelation, and Maze is happy to work, even proudly showing Linda the check written out to “Mazikeen Smith” as proof of her accomplishment of blending in. When a con man asks her to run away with him, Maze realizes that she has found a family and a life on Earth.

Unfortunately, Maze’s demonic roots run deep, and she doesn’t know how to process her newfound emotions. She doesn’t handle things well when they go wrong. She learns that Amenadiel and Linda have started seeing each other. When she stumbles on a “moment” between them, she confesses to Linda that she would be uncomfortable seeing her best friend and her ex dating. Despite this, Linda continues seeing Amenadiel, just in secret. This betrayal is compounded by pressure from her human friends to act a certain way, and Lucifer taking her for granted again. 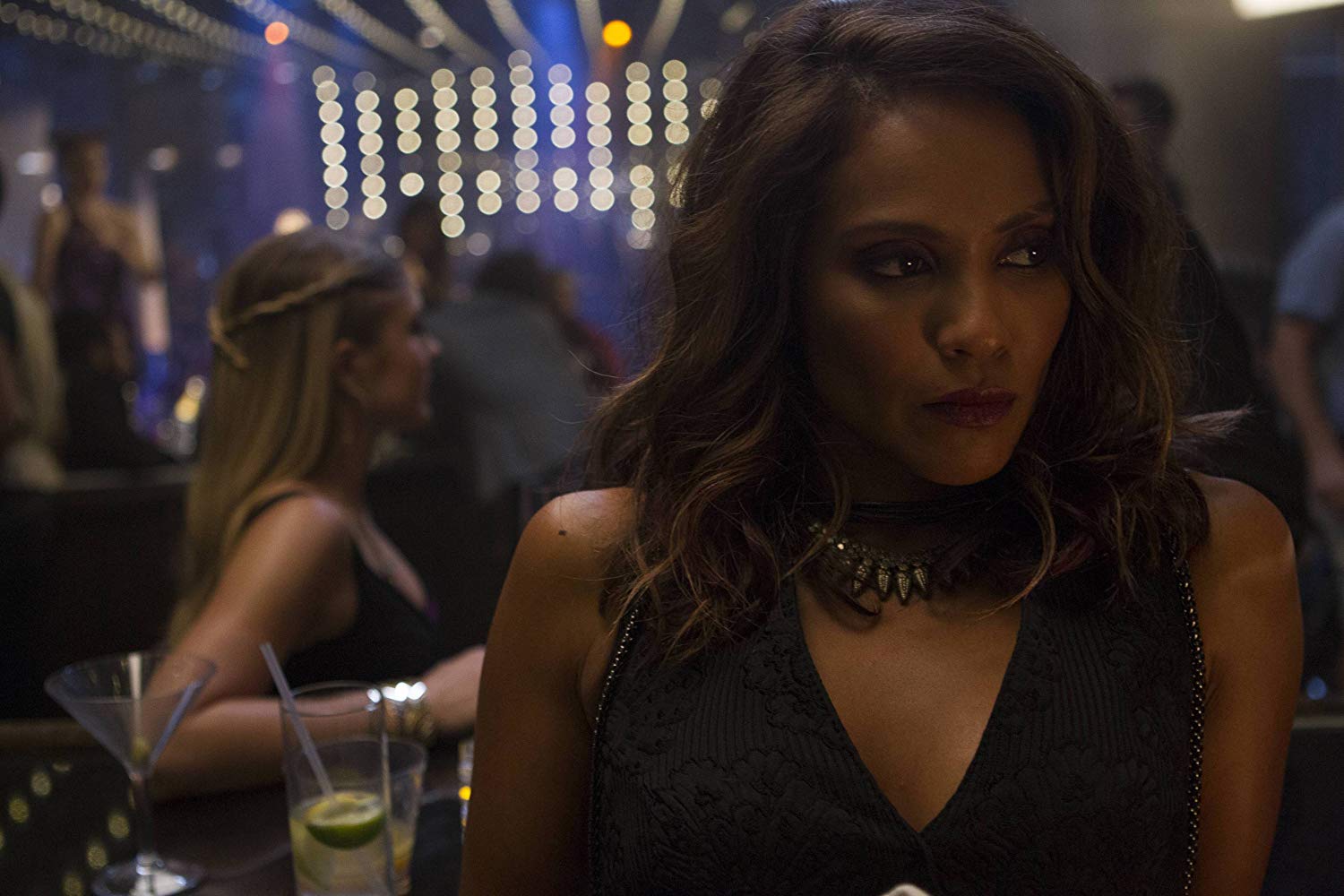 Maze begins working with Cain, who is using Chloe to achieve mortality and die. They plan to kill Cain and frame Lucifer, so he has no choice but to return to hell and Maze can go back to being a simple demon. She tortures Lucifer with his own conscience and feeds her anger. When she realizes Cain was using her, though, Maze goes to stop him. He threatens Linda, and even with their estrangement, she fights numerous lackeys (while drugged) to save her. Maze and Linda are able to patch things up, and Maze settles back into her normal life and releases her anger.

Things aren’t easy, though. Chloe, having learned the truth, keeps Maze from Trixie, her favorite human. Linda is pregnant, with a half-angel baby, and Maze is desperate to protect her. Most notably, Linda suggests that Maze needs to find a meaningful relationship. When Maze tries dating, it goes predictably badly, until Lucifer’s girlfriend Eve shows up. Maze develops feelings for Eve, but she only has eyes for Lucifer, even after he dumps her. Maze is hurt but pushes it aside to protect Linda and her son. In the end, she remains on Earth while Lucifer returns home, dedicated to her hard-won life.

Why Is Mazikeen Of The Lilum Bae? 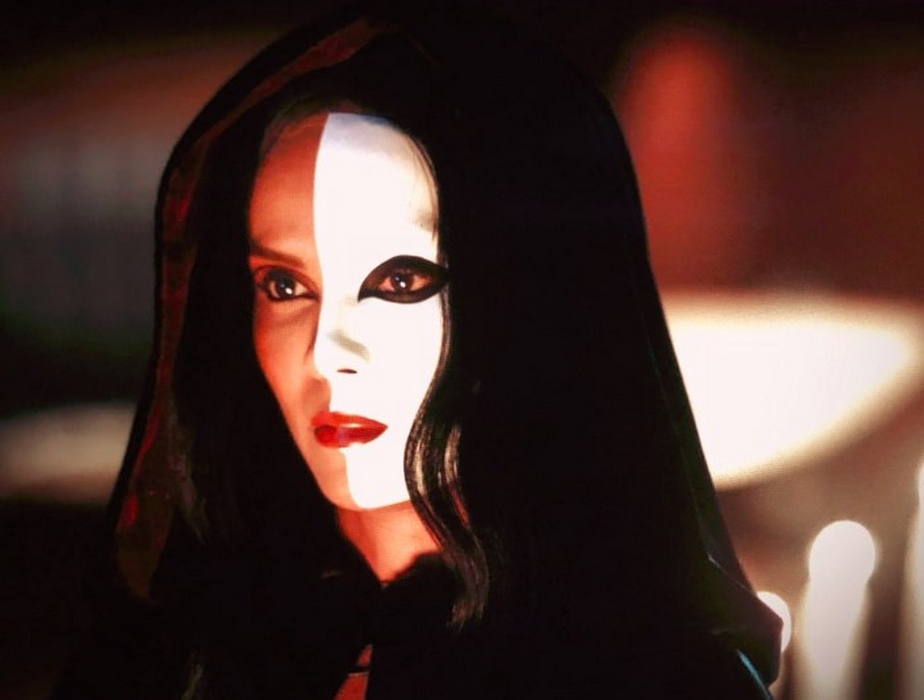 Mazikeen is one of the best characters in a show full of great and interesting characters. She is magnificently played by Lesley-Ann Brandt, who brings the perfect blend of hostility and reluctant emotion to the role of the demon. She also brings a great look, with a variety of great hairstyles showing Maze’s various moods and a truly excellent wardrobe. And in the season three bonus episode, “Once Upon a Time,” Brandt brings Mazikeen to life as she exists in the comics perfectly.

Maze is, at her core, a protector. In hell, she is Lucifer’s number-one torturer, the best there is in causing suffering for the human souls that live there. Originally, she comes up from hell to help Lucifer get answers from a human, and is delighted at all the suffering that can be caused to a live human, for once. But that’s not why she stays on Earth. When Lucifer decides to stick around, rather than returning to hell quickly as he usually does, Maze stays to protect him. She is deeply loyal to Lucifer, even if she doesn’t agree with his decisions. 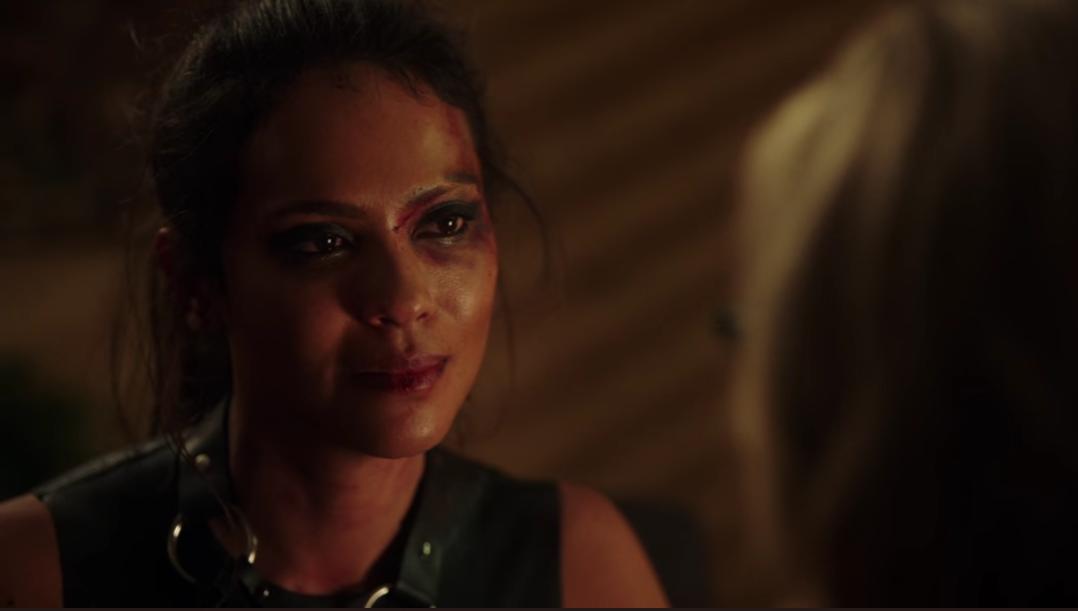 We see Maze’s protective instincts kick in many times in the show. In the season one episode “Sweet Kicks,” Maze shows up when Lucifer and Chloe are surrounded by gang members with guns, easily decimating them in a matter of moments. This is in the midst of her disagreement with Lucifer overstaying on Earth; even angry, she still shows up to protect him. Maze’s protective instincts even play into her working with Amenadiel. She states that she protects Lucifer from all dangers, even those he doesn’t see. She takes this to mean protecting him from himself, if necessary.

While Maze starts out as Lucifer’s bodyguard, as she develops her own life, her protective instincts spread. She is particularly protective of Linda, who finds herself in the line of fire too often. After seeing Linda threatened by one too many superhuman enemies, Maze becomes overprotective. When Linda is pregnant, Maze becomes her shadow, constantly on alert to the point of annoying Linda. But Linda isn’t the only target of Maze’s protection. She even protects Ella Lopez, LAPD scientist, despite finding Ella annoyingly cheery. She is a protector, and will always protect those around her.

Maze’s demonic nature is an interesting question in the show. It becomes an issue as people learn the truth about her. In particular, Linda hides from Maze at first, and Chloe separates Maze from Trixie out of fear. What’s particularly galling for Maze is that, in both situations, the humans fear her because they have seen Lucifer’s true nature, not hers, and she is marred by association. It hurts to see the humans she cares about turn away from her when she has done nothing to earn such a reaction. Because, despite being a demon, Maze is soft, deep down. 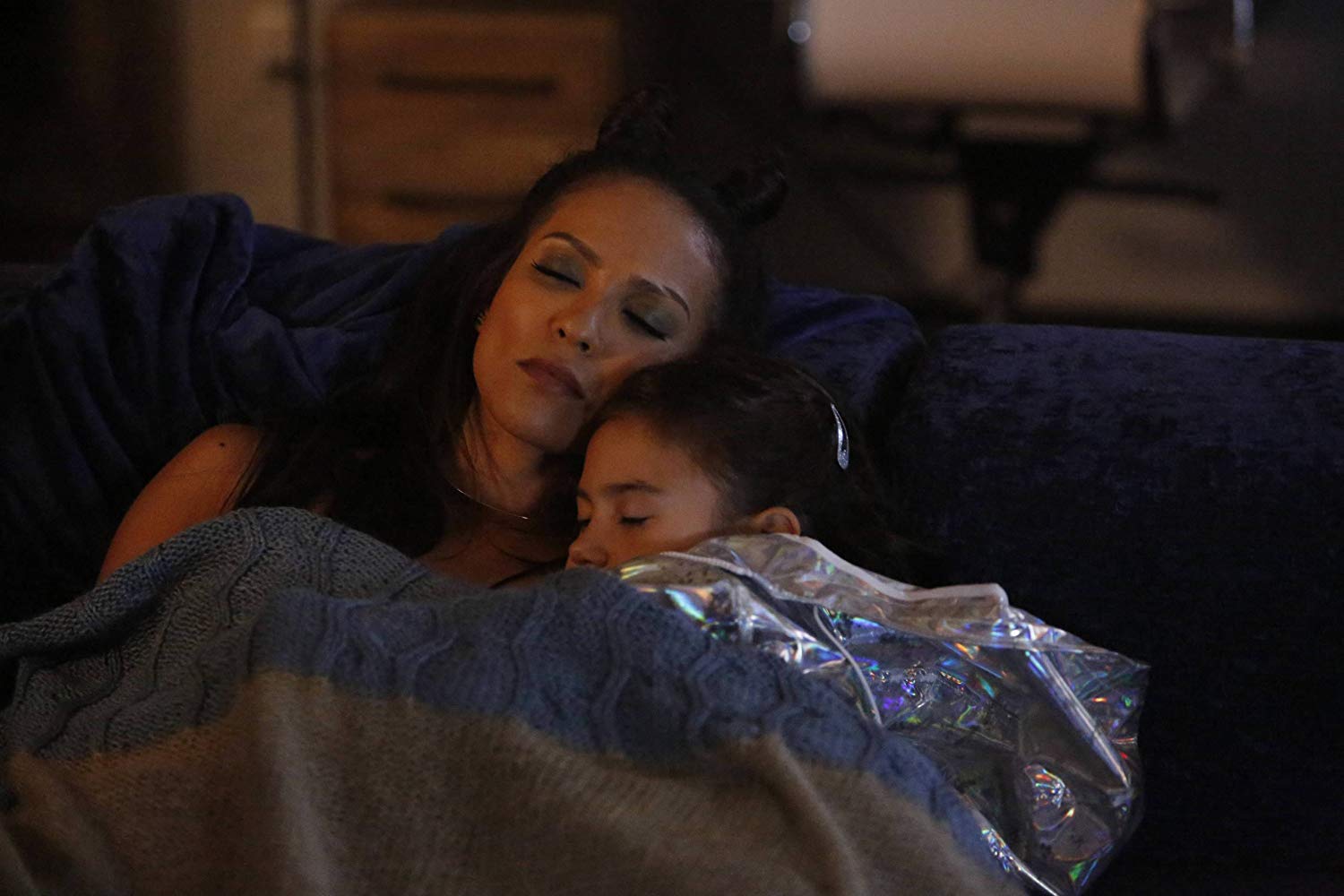 She may not act like it, but Maze truly and deeply cares. At first, yes, she is harsh and uncaring. But as soon as she opens herself up, her heart thaws. Trixie, who likes and trusts Maze with a child’s innocence, really opens Maze up. Notably, Trixie is the first person who sees the truth of who Maze is – while trick-or-treating, Maze shows Trixie her demon face, and rather than being scared, Trixie is excited by how much candy they’ll get. Being accepted by a little girl does wonders for Maze, and she is able to form some really meaningful relationships because of it.

One thing we learn is that demons are soulless. When they die, they are simply dead, rather than moving on to an afterlife. Linda is aghast at the notion. It’s understandably hard to see Maze as soulless when she truly does care so much. We see in “Mr. and Mrs. Mazikeen Smith” how much her little circle matters to her. While yes, she does miss social cues and does things wrong a lot, she cares so much. In fact, she’s much better at being human than Lucifer is. Not very soulless after all.

At first, it could be easy to be put off by Maze. As Mazikeen, the demon, torturer from hell, there’s not much to love. She is openly disdainful of humans, and disparages Lucifer for wanting to stay, especially because of his attachment to the humans around him. She betrays Lucifer, though to be fair, she thinks it is for his own good. Early Maze is harsh, unfeeling, and almost unlikable. But that impression doesn’t last long. Maze grows a lot over the course of the show, perhaps more than any other character, and it’s hard not to like her as we watch her change. 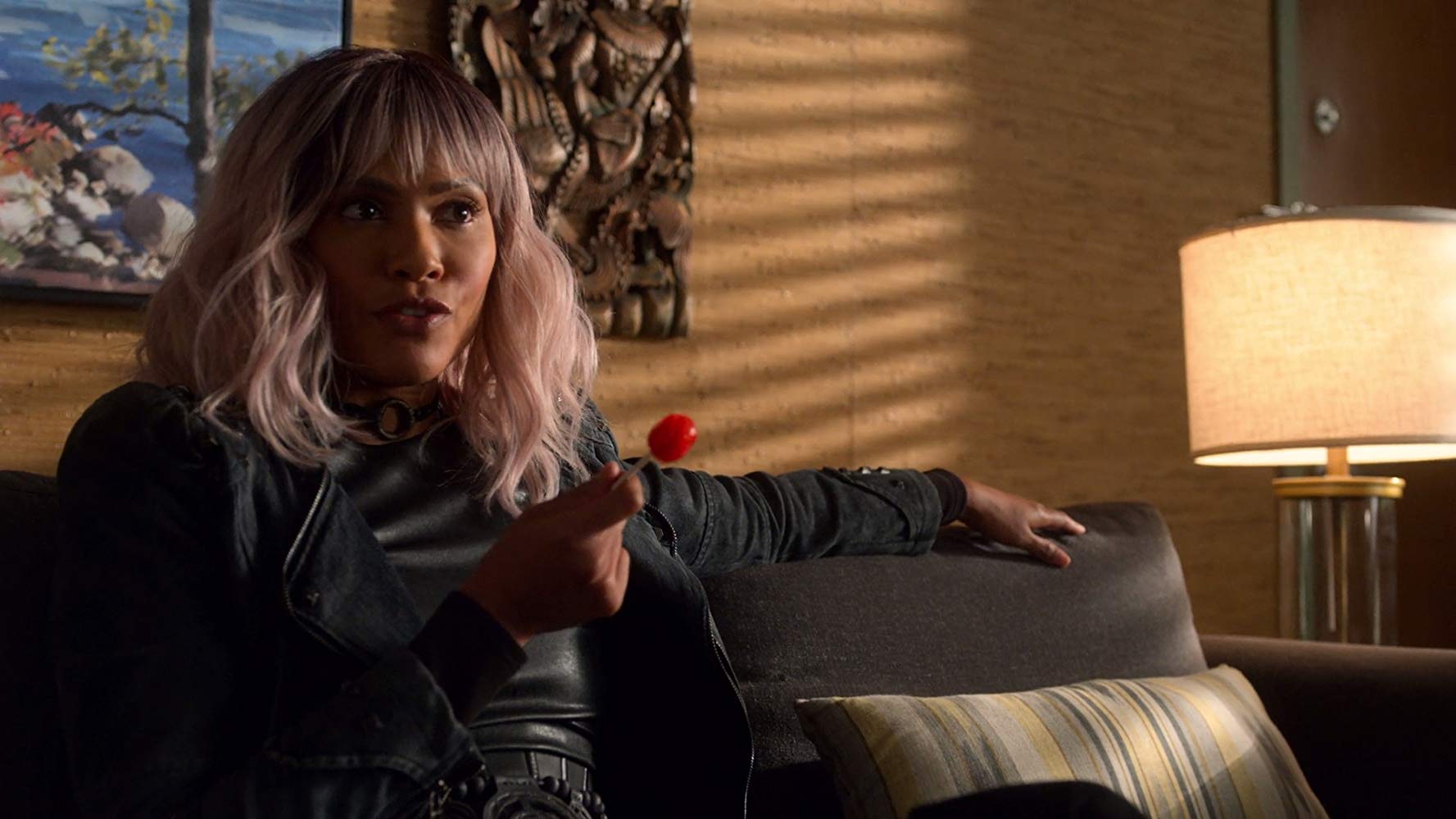 Despite her demonic nature, Maze cares deeply. This is clear from the start, as she is completely devoted to Lucifer even when he annoys her. After millennia together, Maze truly cares about Lucifer, not just as a subject to an unfeeling king. Though Lucifer doesn’t quite appreciate all that Maze does, she continues to devote herself to protecting and serving him. After finally realizing that she can’t give everything to Lucifer, Maze turns that devoted nature to the people around her as she forms real attachments and relationships.

Sure, Maze isn’t perfect. She’s a demon, with a demon’s nature. Although she cares about some humans, she sees most of them as beneath her. She is gleefully violent and loves her job as a bounty hunter because it pays her to hunt humans. We also see Maze make some real mistakes as she deals with unfamiliar and painful emotions. But in the end, Maze is a truly enjoyable character. She grows a lot from the initial, harsh Mazikeen we first meet, and by the finale, we’re rooting for her to have the happy ending she deserves. Here’s hoping that ending comes in season five.