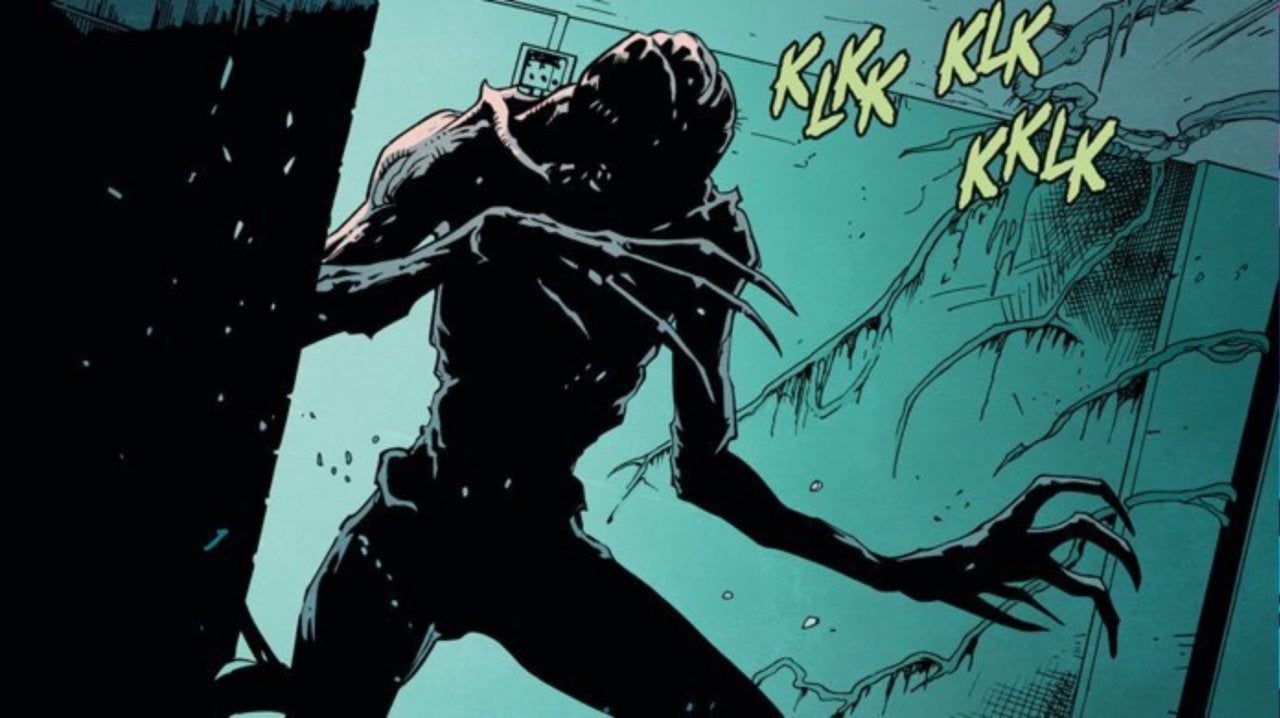 Welcome back to Hawkins, Indiana, where the local laboratory is receiving a new addition for their facility. In Stranger Things: Six #2 we are back with Francine where she is seeing scary visions of a mysterious monster coming to Hawkins. This issue is written by Jody Houser, penciled by Edgar Salazar, inked by Keith Champagne, colored by Marissa Louise, lettered by Nate Piekos of Blambot, and the cover is by Aleksi Briclot.

In this issue, we have Francine or Six living permanently at the Hawkins Laboratory. While Francine is battling with her terrifying vision of what we know as the Demogorgon, she is also trying to get over her awful family life and her boyfriend lying to her.

As he put it to Francine. Feeling betrayed by her family and Three, Six is battling a lot of negative emotions. Six is also trying to figure out how to control her powers.

A Talk With Dr. Brenner

Playing with some of the kids in the lab, Francine starts asking if they miss being outside in the real world. Before they can get too deep into the conversation, Dr. Brenner interrupts them asking to talk to Six. He begins walking with her through the lab, telling Francine to stop talking like that to the other children in the faculty because they could not leave, even if they wanted to. Nine and her sister were in the same situation as Six was with her family. The laboratory is Nine and her sisters only home, as their house burned down and they were the only survivors.

As Six and Dr. Brenner walk, he takes her to someone we are very familiar with, Eleven. She is working on her telekinetic powers on a house made of cards. When she is successful in knocking the house over with her mind, she tells her supervisor to “tell papa.” When Francine comments on this, Dr. Brenner tells Six that Eleven came into the facility when she was very young.

Dr. Brenner lets Six know that this is not the only program that is experimenting with children. He wants her to know with all the help from the children they have right now they will be the best. Supposedly there is a war and he is certain they will win.

A New Addition To The Laboratory

After watching Eleven. Dr. Brenner tells her that there are facilities all over the world doing the same thing, and combined with the scary visions she asks Dr. Brenner if there is something coming. Knowing Six has seen something, he asks her to tell him. She tells him it is more of a feeling of cold than a vision. Dr. Brenner does not know what that means, but he takes Six to the new addition of the laboratory and tells her that this tank is going to change the world.

The End Of Stranger Things: Six #2

With this issue coming to a close, it just brings up a lot more questions. What will happen in the tank? How much more are we going to see Eleven? What does Six have to do with all of this? This is a glorious second issue and it makes us extremely excited for the next issue coming out on July 31. Will you be reading Stranger Things: Six #3?